On Aryan Khan’s 25th birthday, his sister Suhana Khan has posted an unseen picture with him. His friend Navya Naveli Nanda also shared a childhood picture with Aryan; take a look! Shah Rukh Khan and Gauri Khan’s son Aryan Khan is celebrating his birthday today, and wishes for the star kid have been pouring in on social media. This morning, Ananya Panday wished him a happy birthday by sharing an incredibly cute childhood picture with him. Now, Aryan’s sister Suhana Khan, and his friend Navya Naveli Nanda have also dedicated adorable posts for Aryan on his birthday.

It’s very rare that we get to see the sibling duo Suhana and Aryan in the same frame. While they both do post pictures together on social media, they are few and far between. Much to their fans’ delight, on Aryan Khan’s 25th birthday, Suhana Khan took to her Instagram story and shared an unseen picture with him. The picture shows Aryan and Suhana posing on the couch, while Aryan holds their pet dog lovingly. Suhana is all smiles in the photo, and can be seen wearing a white top.

Along with the picture, she also penned a short but cute note that read, “Happy Birthday to my big brother and bestest friend,” along with a heart emoji. Check out Suhana’s Instagram story below. 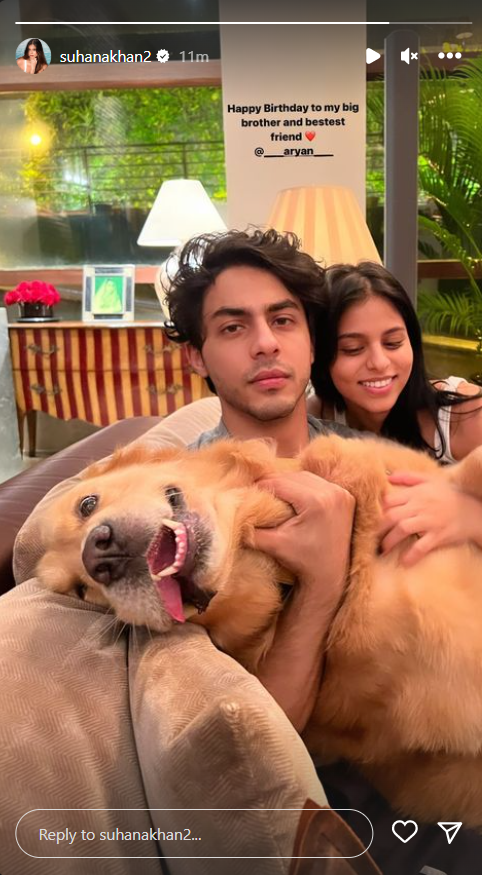 Meanwhile, Navya Naveli Nanda, who is a friend of Aryan’s, also shared an Instagram story for him. She shared a cute childhood picture that shows little Navya and Aryan munching on snacks, while seated in an inflatable chair. Have a look: 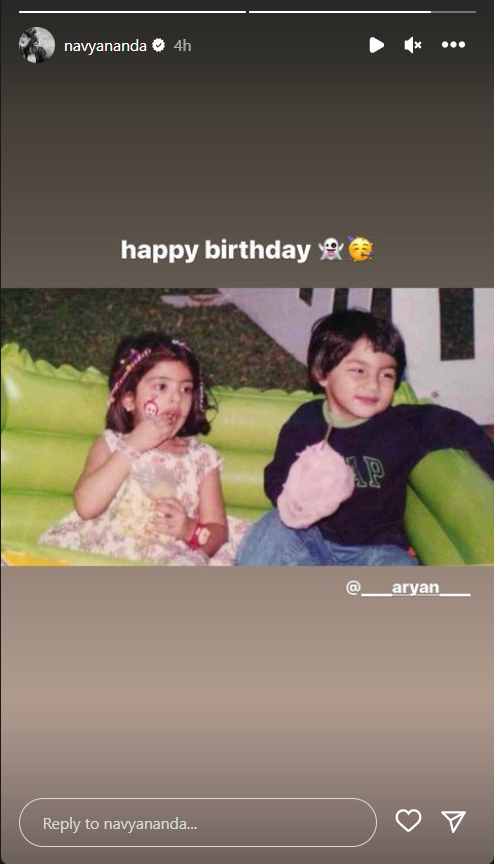 On the work front, Suhana Khan will be making her Bollywood debut with Zoya Akhtar’s The Archies which also stars Khushi Kapoor, Agastya Nanda and others. Aryan Khan, on the other hand, will make his debut as a writer, and has been silently working on multiple ideas, which have the potential of being developed into feature films and web series.

Anonymous
Nov 15, 2022 04:43 AM
in ten years aryan will still be druggie party boy and suhana will still be plastic party girl
0 REPLY