Shah Rukh Khan’s son Aryan Khan has a massive following on social media, with 2.1 million followers on Instagram alone. Aryan rarely posts, but every time he does, he manages to break the Internet with his stunning pictures. Last month, Aryan posted a series of pictures with his siblings Suhana Khan and AbRam Khan, and the pictures went viral in no time at all. Now, weeks later, Aryan has dropped some amazing pictures from his latest photoshoot that have sent the Internet into a frenzy. Apart from the dashing pictures, it is Shah Rukh Khan and Gauri Khan’s comments on his post that are garnering a whole lot of attention.

Aryan Khan took to his Instagram account to share a series of pictures from an ad shoot. The first picture shows him wearing a black outfit layered with a pink and black bomber jacket. The next picture shows Aryan in a white t-shirt, black trousers, and a checkered shirt. In the third photo, Aryan is seen donning a grey t-shirt with a yellow jacket. Needless to say, Aryan looks dapper in the pictures, and the post garnered thousands of likes and comments within a short span.

Shah Rukh Khan’s comment, however, stole the show! While he praised Aryan, he also pointed out that the grey t-shirt he is wearing was his. “Looking really good!!…and as they say, that whatever is silent in the father….speaks in the son. By the way is that grey t-shirt mine!!!” wrote Shah Rukh. Gauri Khan also showered love on her son and wrote, “My boy … love love love.” Suhana Khan dropped starstruck emojis on her brother Aryan’s post. Gauri Khan also shared Ayan Khan's pictures on her Instagram handle and the caption read, "Onwards and upwards… my boy." 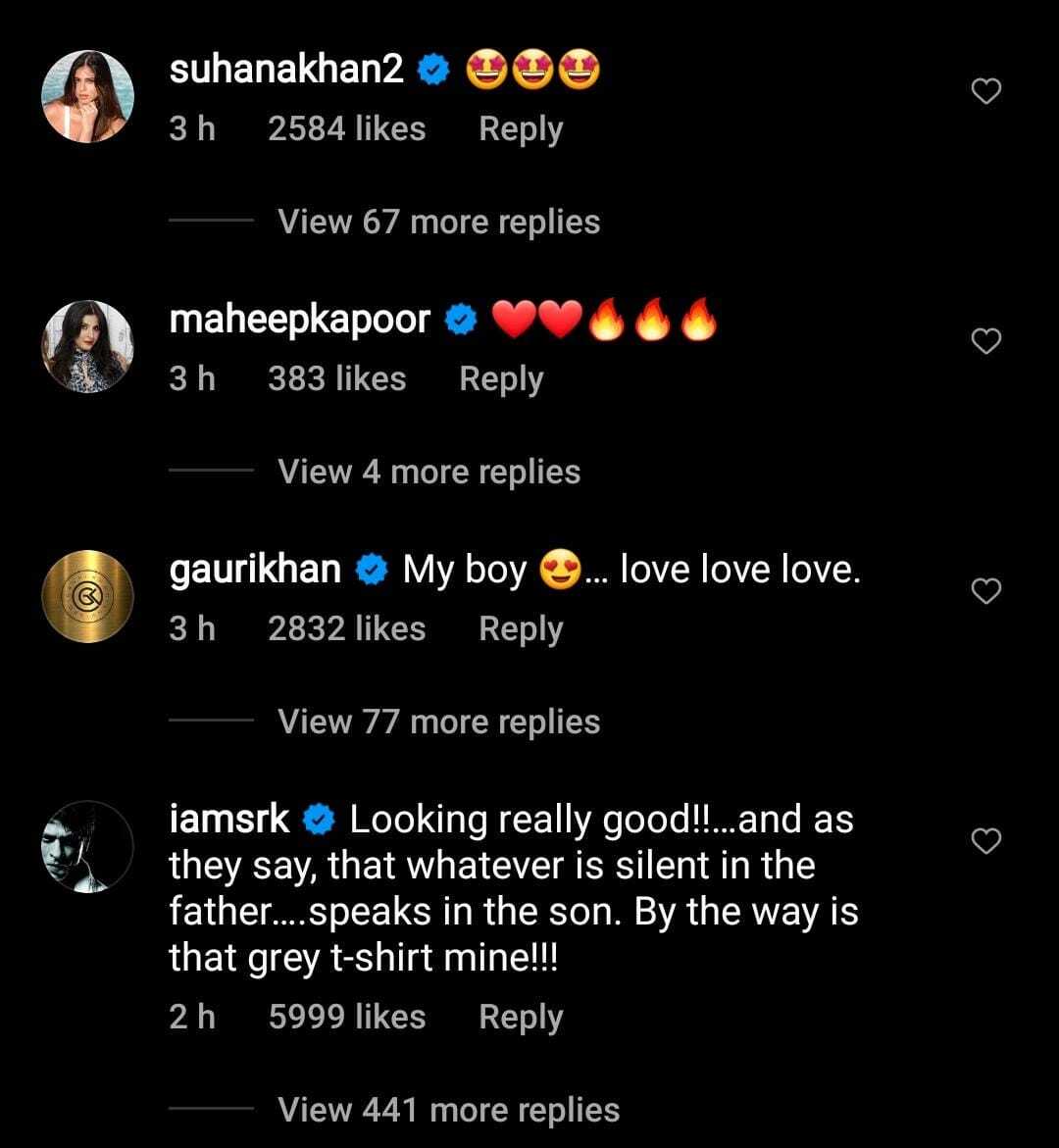 Pinkvilla exclusively reported that Aryan Khan will make his debut as a writer. Aryan has been working towards developing multiple ideas, of which two ideas are at the forefront. One is a web series for Amazon Prime and another one is a feature film to be bankrolled by Red Chillies Entertainment.