Soha Ali Khan travels in an auto rickshaw after her car breaks down on the way home! Bollywood actress Soha Ali Khan is quite active on social media and she often shares glimpses of her life on Instagram. Fans love to see her everyday life with her husband Kunal Kemmu, and their daughter Inaaya Naumi Kemmu. Apart from this, the actress also keeps fans updated about her upcoming projects. The actress will soon be seen in the thriller series Hush Hush, the trailer of which was unveiled recently. Soha Ali Khan was spotted in the city as she attended the trailer launch today. However, while on her way back home, the actress’ car broke down, after which she took an auto rickshaw ride to reach home.

Soha Ali Khan looked like a princess as she opted for a gorgeous floral white gown for the trailer launch event. She took to her Instagram story to post a picture with her Hush Hush co-star Shahana Goswami from the trailer launch. After the event ended, the actress headed home, however, her car broke down mid-way. That's when Soha took an auto rickshaw ride and shared this update on her Instagram story. Sharing a short video clip of herself in the rickshaw, Soha Ali Khan wrote, “Car broke down on way home from trailer launch- auto to the rescue.”

After reaching home, she also posed with the rickshaw driver and thanked him. “Thank you Kishan ji!! #princessdiaries,” she wrote. Check out the pictures below. 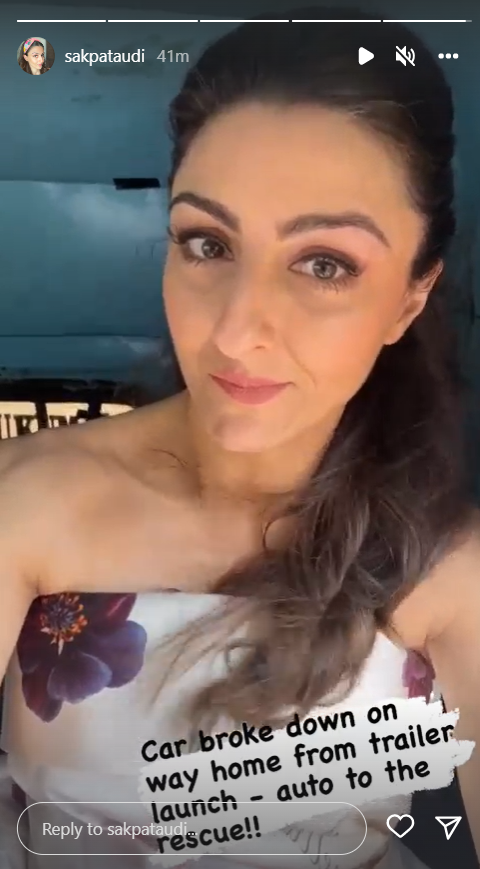 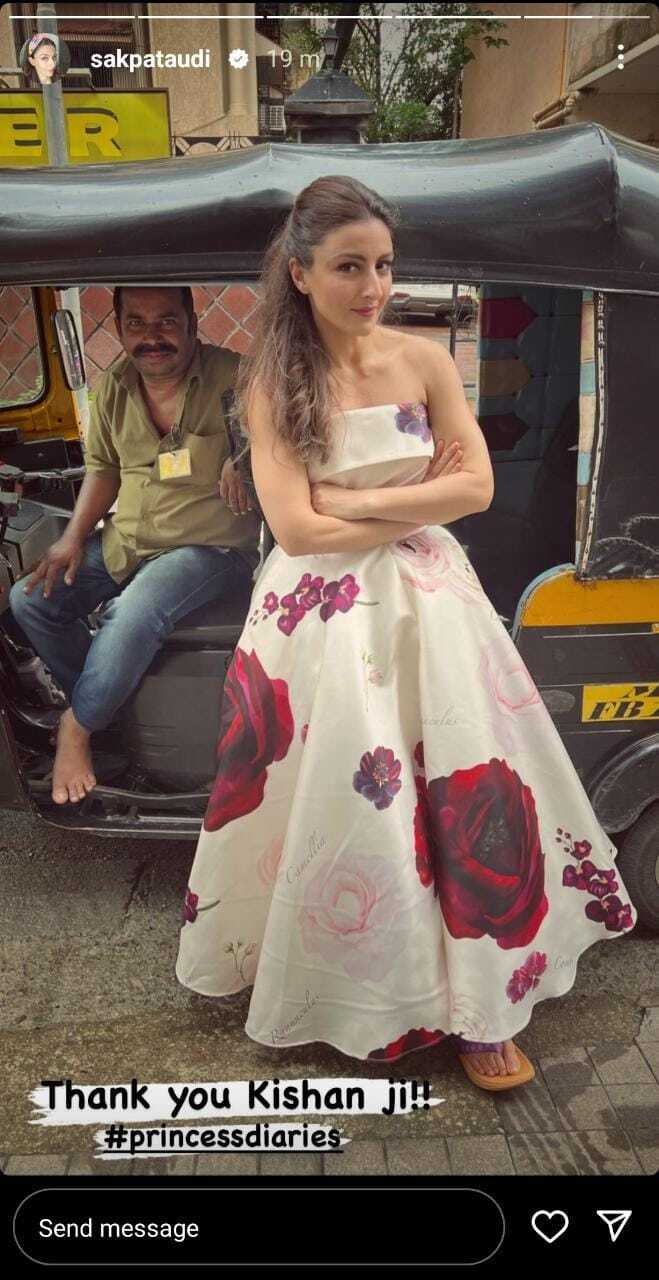 Hush Hush is a seven-episode thriller series starring Juhi Chawla, Ayesha Jhulka, Soha Ali Khan, Kritika Kamra, Shahana Goswami, and Karishma Tanna in the lead roles. It revolves around the story of a set of women whose lives begin to come undone after an unexpected event brings out secrets from their past.