Ajay Devgn and Kajol make for a lovely on-screen and off-screen pair both. These two graced the red carpet of Drishyam 2's premiere and we bet you would not be able to take your eyes off them. All eyes are on Ajay Devgn ever since the second installment of his superhit thriller film Drishyam was announced. Fans have been super excited to watch Drsihyam 2 in theatres. Well, the entire team has been on a promotional spree and finally, we are just a couple of days away from the release of Drishyam 2. Today a special premiere was held and we saw the entire cast of the film along with their families walk the red carpet. The couple who stole all the limelight and who took our breath away was Kajol and Ajay. Indeed they made for a gorgeous pair.

Kajol looked magical in a black sheer saree. The saree was simple with handmade designs on the border and a delicate red border. She paired her saree with a black sleeveless blouse. The actress left her hair open and paired big heavy gold jhumkas. Keeping her look simple, she just paired a bold red coloured lipstick. Kajol held Ajay Devgn’s hands who looked dapper in all-black attire. He wore a black high-neck tee with black trousers and a black leather jacket. They indeed make for one of the most good-looking pairs in Bollywood. 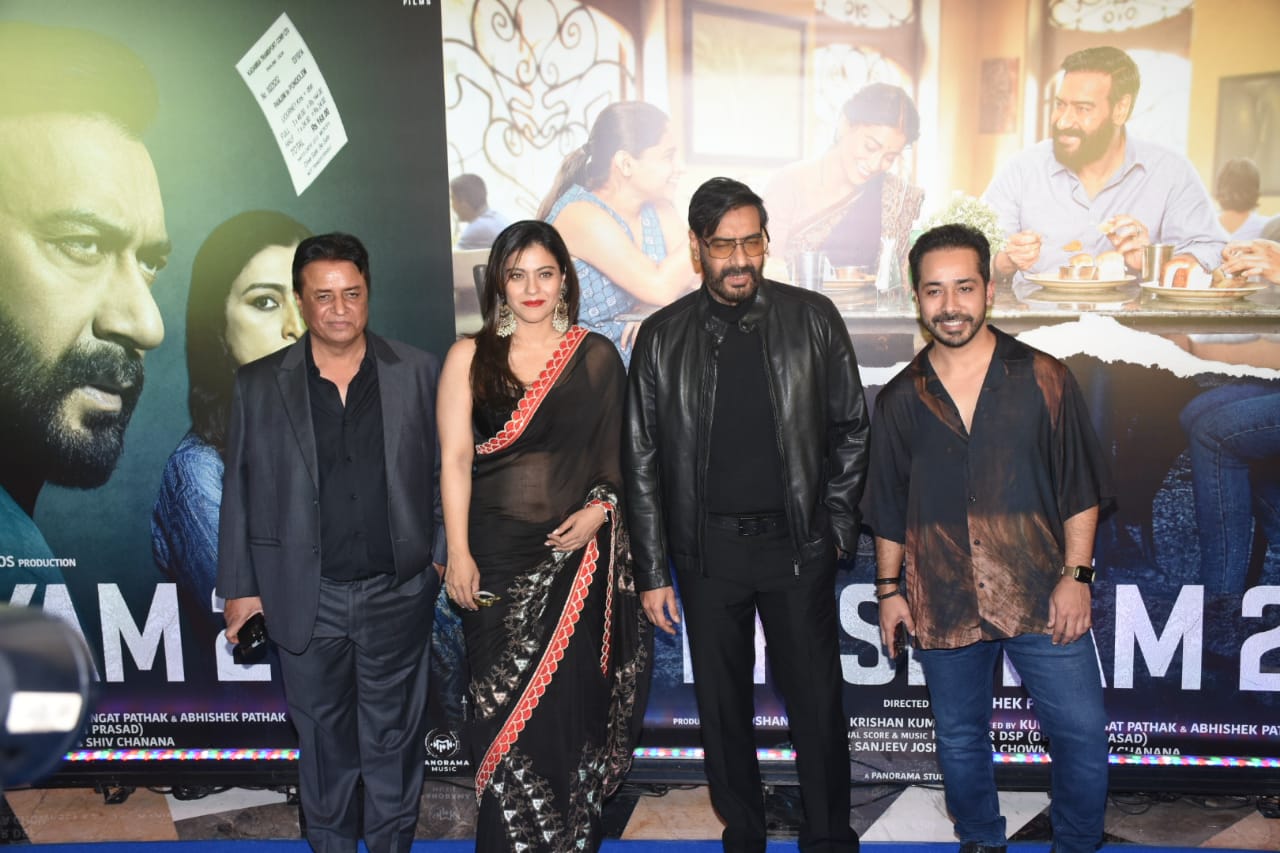 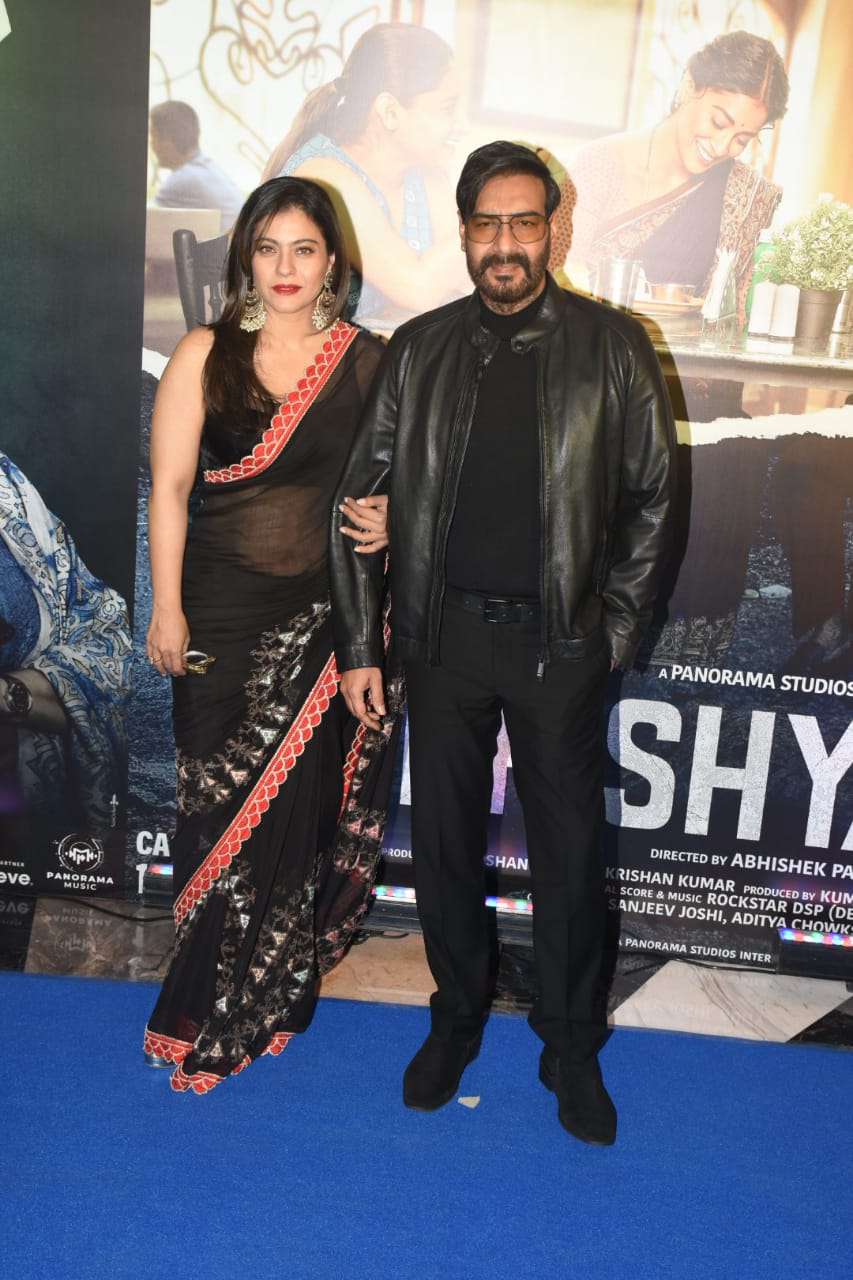 Bholaa will be Ajay Devgn’s next directorial, after the critically appreciated, Runway 34. It’s his fourth directorial after U Me Aur Hum, Shivaay and Runway 34. Apart from Bholaa, Ajay’s upcoming releases include Drishyam 2, Maidaan, Neeraj Pandey’s yet-untitled thriller, and Singham 3 with Rohit Shetty. Stay tuned to Pinkvilla for more.

The actress was last seen in Tribhanga in 2021. Tanvi Azmi and Mithila Palkar was also seen in the film. She will be next seen in Disney+ Hotstar’s web series The Good Wife – Pyaar, Kanoon, Dhoka. It is the remake of the US show The Good Wife, which starred Julianna Margulies. She will also be seen in Salaam Venky.