The grand launch of Dubai's newest luxury hotel Atlantis The Royal in Palm Jumeirah saw many celebrities from across the world in attendance. Shah Rukh Khan’s wife Gauri Khan, their daughter Suhana Khan, Sanjay Kapoor-Maheep Kapoor’s daughter Shanaya Khan, Farah Khan, Farhan Akhtar, Shibani Dandekar, and others showed up at the launch party hosted by Nobu at Atlantis The Royal. Supermodel Kendall Jenner also hosted an after-party at the hotel’s Club 22 to celebrate her tequila brand, and Suhana Khan and Shanaya Kapoor were on the guest list!

Today, Shanaya Kapoor’s mom Maheep Kapoor took to her Instagram account to share a video posted by Kendall’s fan page. It showed Shanaya Kapoor enjoying a conversation with a friend, just a little distance away from Kendall Jenner, who was also seen greeting the guests. Sharing the clip, Maheep wrote, “I spot my girl.” Meanwhile, Shanaya Kapoor also shared a few glimpses from the bash on her Instagram stories. One of the pictures shows Suhana Khan and Shanaya Kapoor posing with Kendall Jenner. The background of the picture shows the stunning skyline of the city, and the breathtaking view from the hotel.

Another picture shared by Shanaya Kapoor showed her and Shanaya wearing matching sparkly heels, while another picture shows their outfits as they got ready to attend the grand event. Shanaya is seen in a bright red dress, while Suhana looks stunning in a nude-colored body-hugging strappy dress. Check out the pictures below! 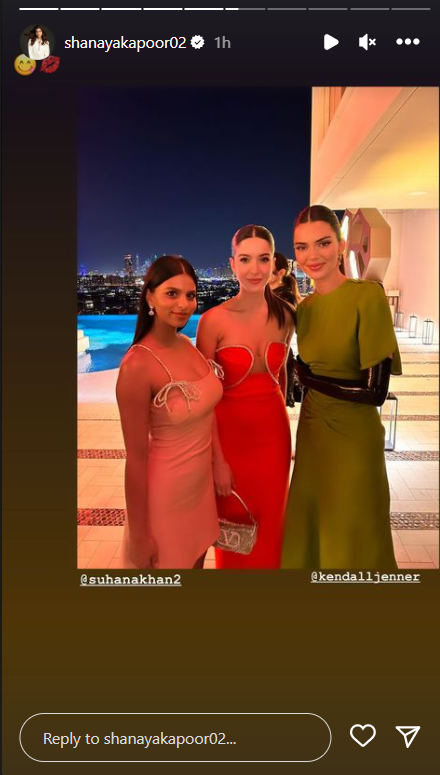 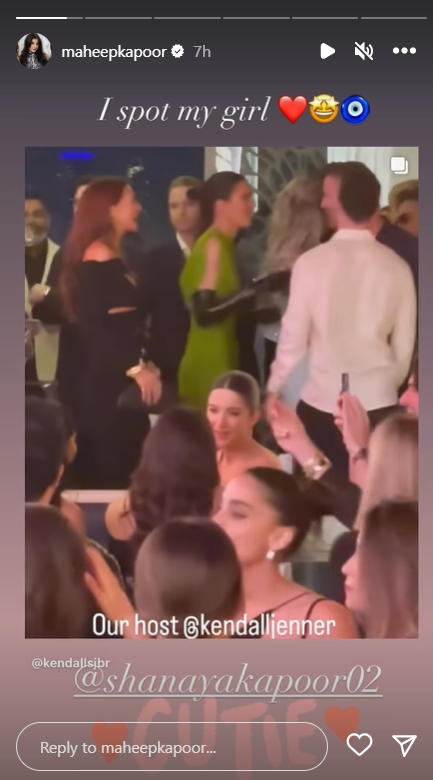 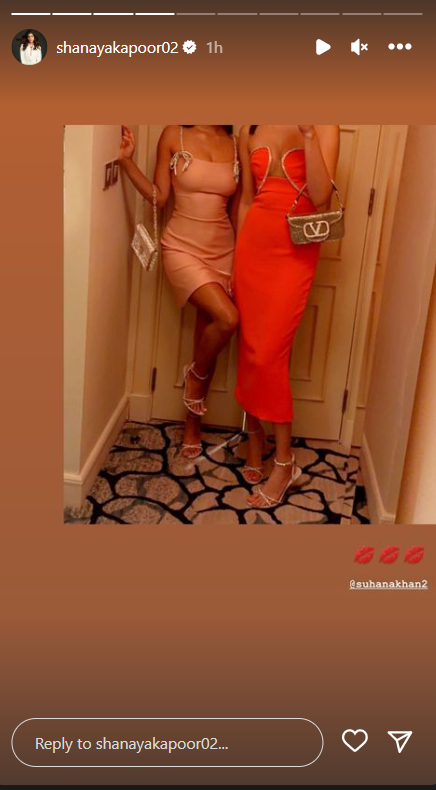 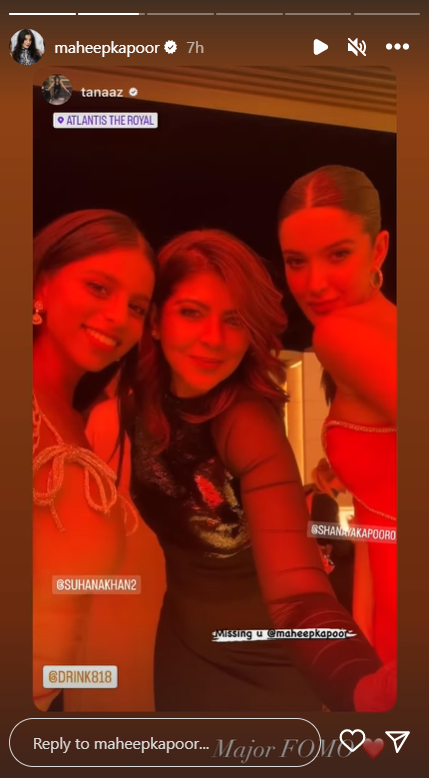 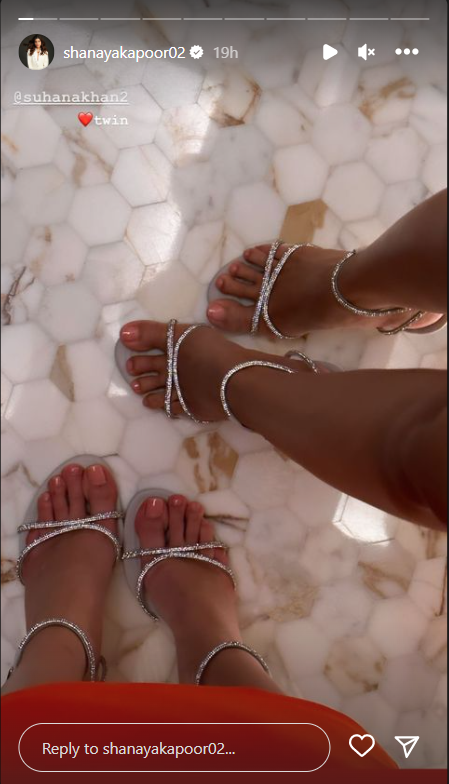 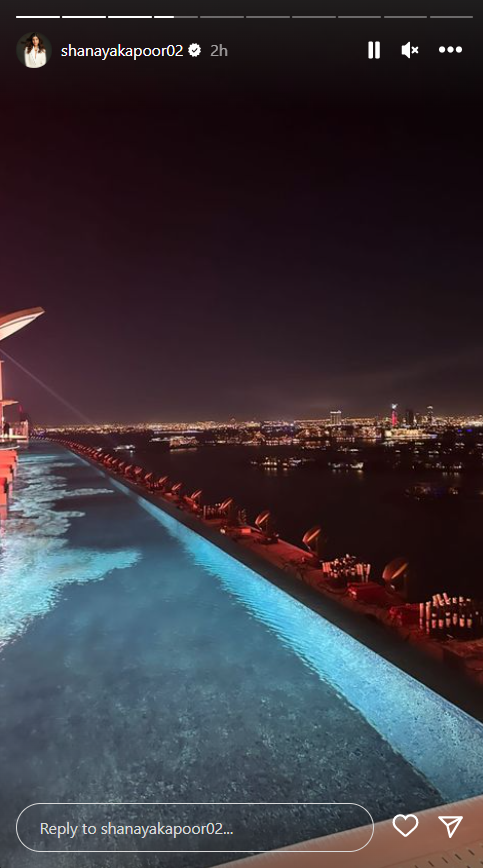 For the occasion, Kendall Jenner wore a lime green knee-length Victoria Beckham dress. She paired it with thigh-high black boots and matching opera gloves. Her hair was tied in a slick-back ponytail, and she accessorized simply with a pair of gold earrings.

Shanaya Kapoor and Suhana Khan will soon be making their Bollywood debuts. Suhana will be seen in Zoya Akhtar’s The Archies, which also stars Khushi Kapoor, Agastya Nanda and others. Shanaya Kapoor, on the other hand, will be seen in Dharma Productions' Bedhadak, co-starring Lakshya Lalwani and Gurfateh Pirzada.

ALSO READ: Suhana Khan's Chanel backpack can be counted on as a green signal for a chic look; Can you guess its cost?

Anonymous
Jan 23, 2023
Good talent has become Once a upon time stories.
0 REPLY

Anonymous
Jan 23, 2023
Sad & pathetic that this is what they aspire to. They look like hookers.
0 REPLY

Anonymous
Jan 22, 2023
Why glorify and give press to these phoney, plastic, entitled nepos
0 REPLY

Anonymous
Jan 22, 2023
The aspirations this generation have are so wrong!!! Going to someone\'s party is their life\'s goal. Cant believe it..
0 REPLY
View more comments