Bhediya duo Varun Dhawan and Kriti Sanon twin in white as they get spotted in the city; PICS

Varun Dhawan and Kriti Sanon starrer Bhediya is scheduled to release on November 25, 2022.

Bhediya duo Varun Dhawan and Kriti Sanon twin in white as they get spotted in the city; PICS Varun Dhawan and Kriti Sanon clicked in the city today.

Varun Dhawan and Kriti Sanon are all set to unite for the horror-comedy film Bhediya. The duo has previously worked together in the 2015 film Dilwale which also starred Shah Rukh Khan and Kajol in the lead. Meanwhile, Bhediya is the third installment in Dinesh Vijan's horror-comedy universe. Varun and Kriti's Bhediya is the third film in producer Dinesh Vijan's horror-comedy universe. Amar Kaushik, who also helmed the 2018 blockbuster movie Stree, is directing the film. The second in the series was Roohi, Janhvi Kapoor-Rajkummar Rao's film.

Just a while ago, the Bhediya duo were spotted outside the Maddock Films office in Mumbai today. In the photos, Kriti is seen donning an all-white outfit as she wore a white crop top and paired them with white sweatpants. Varun, on the other hand, is seen twinning with Kriti as he sported a white round-neck long sleeves T-shirt and matched it with red sweatpants. The duo also posed and smiled for the shutterbugs. Kriti and Varun's Bhediya is scheduled to release on 25 November 2022. 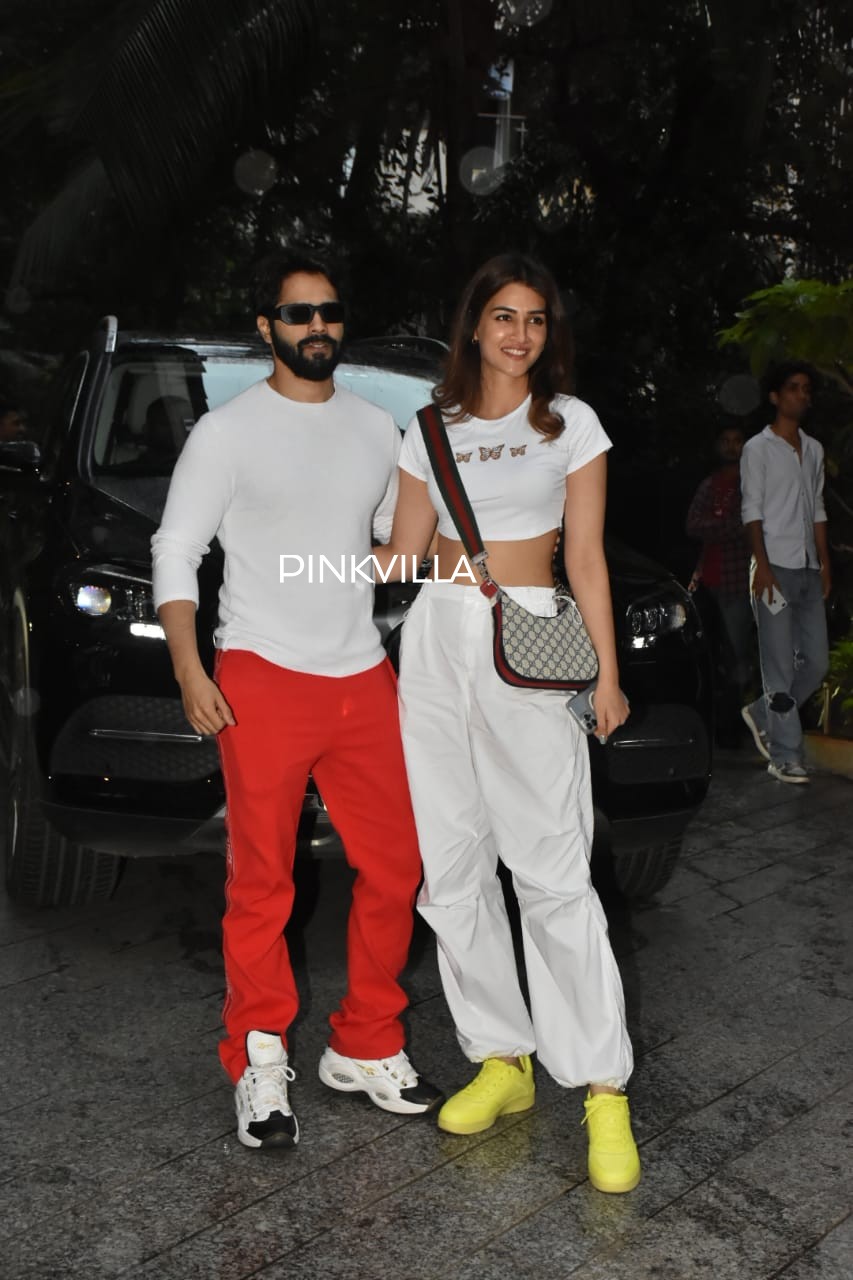 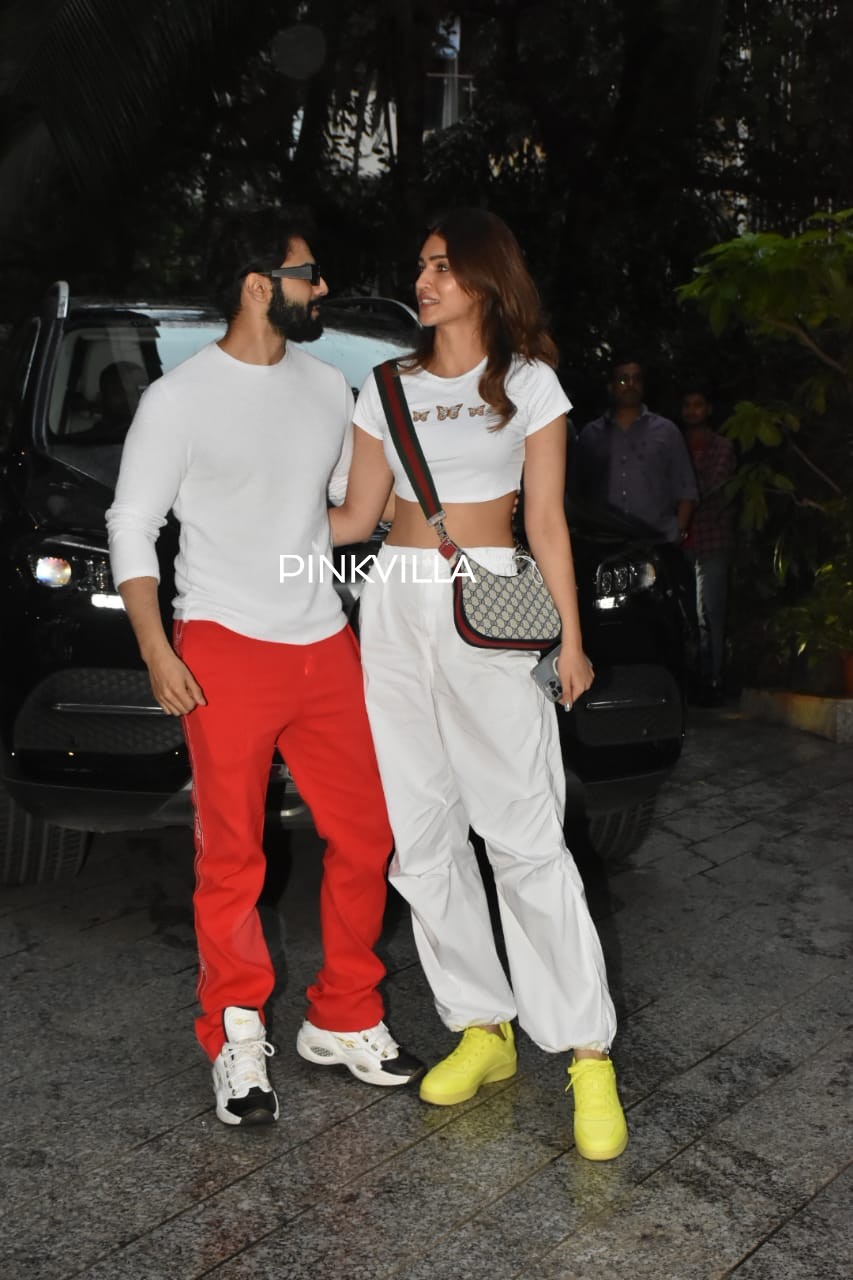 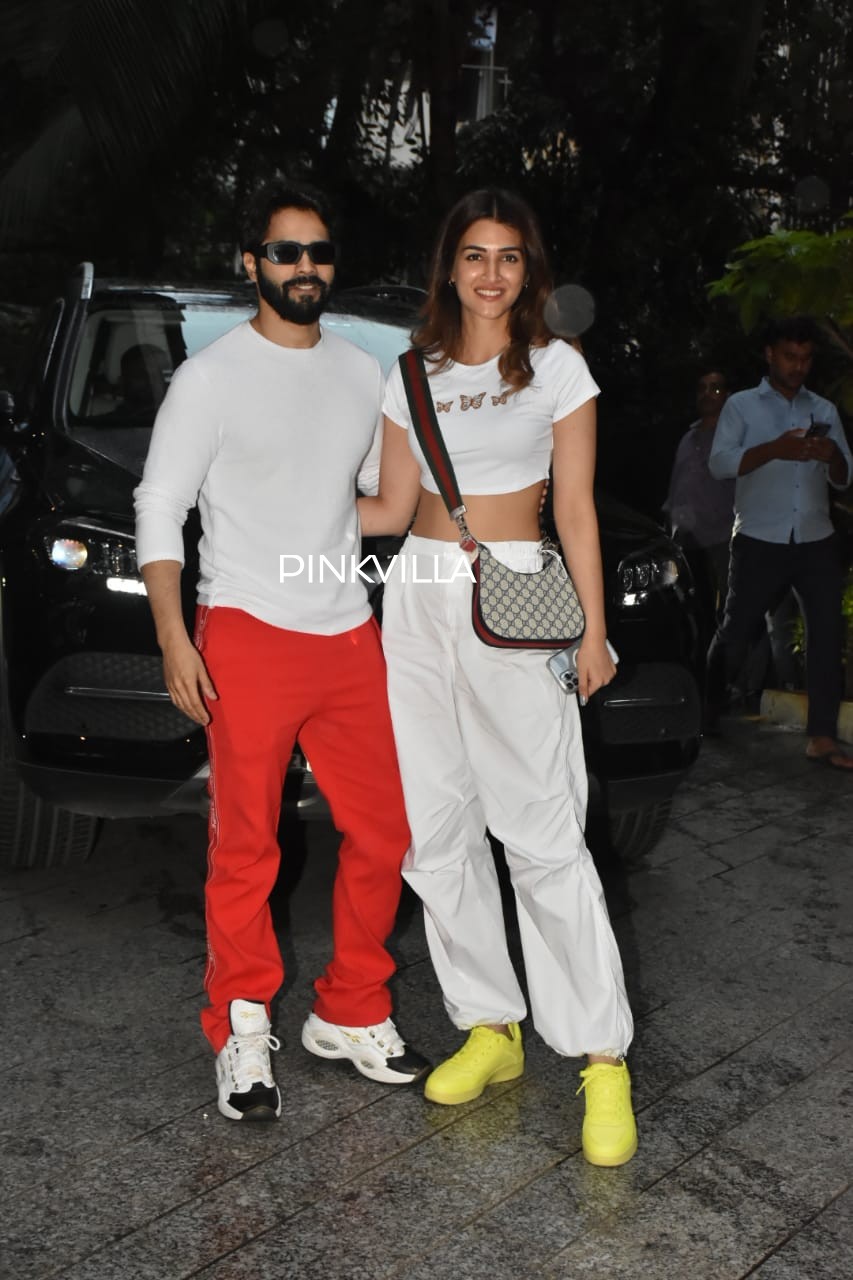 Bhediya has been shot in the picturesque location of Arunachal Pradesh and the second schedule was in Mumbai. Apart from Kriti, Varun, Abhishek Banerjee, and Deepak Dobriyal are a part of the movie.

Apart from this, Varun and Kriti have many interesting projects in their pipeline. The Badlapur actor will be seen next in Bawaal alongside Janhvi Kapoor. It is helmed by National Award-winning filmmaker Nitesh Tiwari, who is best known for his 2019 released movie, Chhichhore. Meanwhile, Pinkvilla exclusively reported that Varun will be headlining Russo Brothers’ Citadel alongside Samantha Ruth Prabhu. It will be helmed by filmmaker duo Raj Nidimoru and Krishna DK.

Whereas Kriti will next be seen in Ganapath with Tiger Shroff, Shehzada co-starring Kartik Aaryan, and Adipurush alongside Saif Ali Khan, Prabhas, and Sunny Singh.

ALSO READ: WATCH: Varun Dhawan and Kriti Sanon call it a wrap on Bhediya: What an extraordinary journey this has been