Ranbir Kapoor and Alia Bhatt starrer 'Brahmastra' is scheduled to release on September 9, 2022. Ahead of the release of the much anticipated film Brahmastra, the makers of of the film have organised a special screening on Thursday. The special screening was attended by Ranbir Kapoor, Alia Bhatt, Ayan Mukerji and Alia's sister Shaheen Bhatt, her father and filmmaker Mahesh Bhatt. Others who attended the event included Shanaya Kapoor, Randeep Hooda and others. On Tuesday, Alia had shared a video on her Instagram handle in which she can be seen sitting in the theatre watching her upcoming movie with Ranbir, Ayan and crew members. In the video, Ranbir had revealed that on September 8, which is Ranbir and Alia's lucky number, they will have a fans screening. In the captions, Alia wrote, "Attention Attention".

The film is directed by Ayan Mukerji and is scheduled to hit the theatres in four other languages – Tamil, Telugu, Kannada, and Malayalam. Brahmastra: Part One– Shiva also features Amitabh Bachchan, Mouni Roy, and Nagarjuna Akkineni in pivotal roles. The film is intended to serve as the first film in a planned trilogy as part of its own cinematic universe called Astraverse. Shah Rukh Khan will also be making a special appearance in Ranbir-Alia's film and will be essaying the role of 'Vanar Astra.'

Have a look at the screening pics: 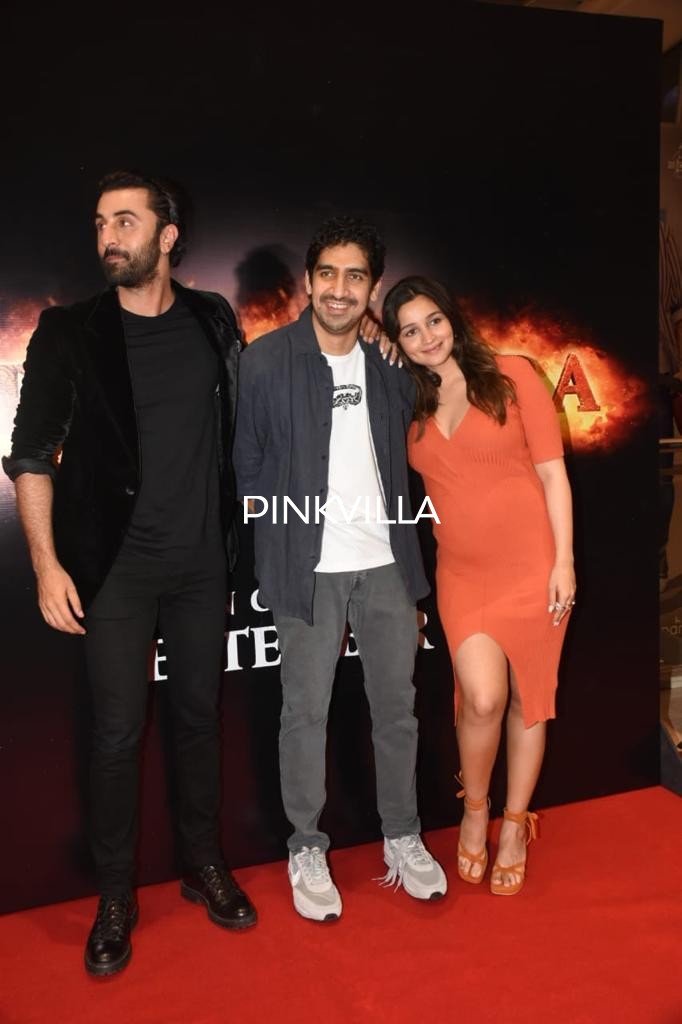 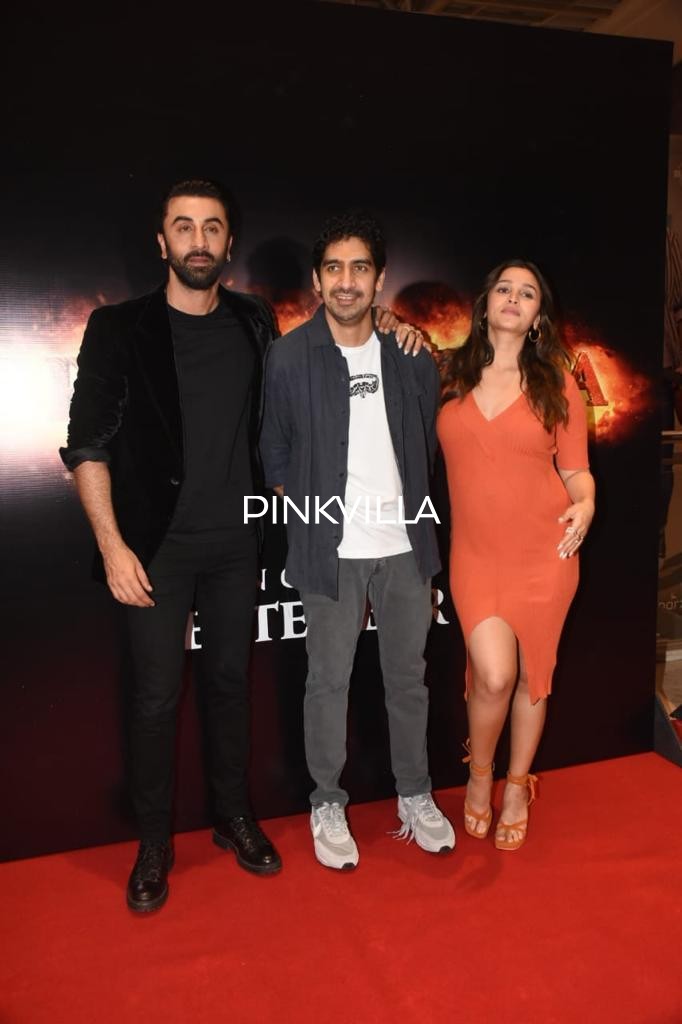 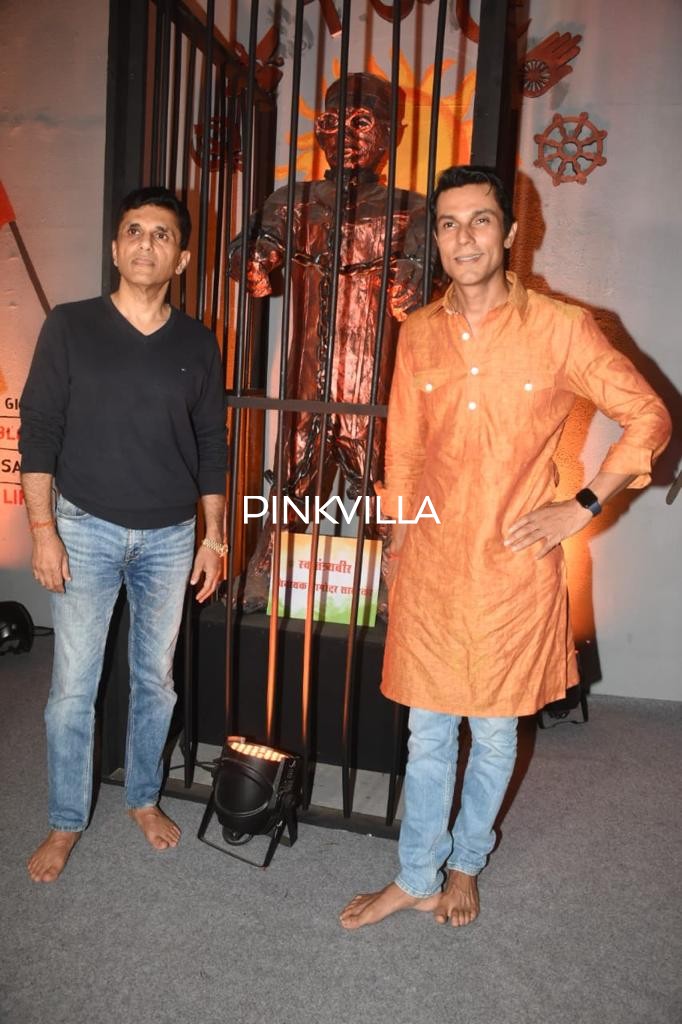 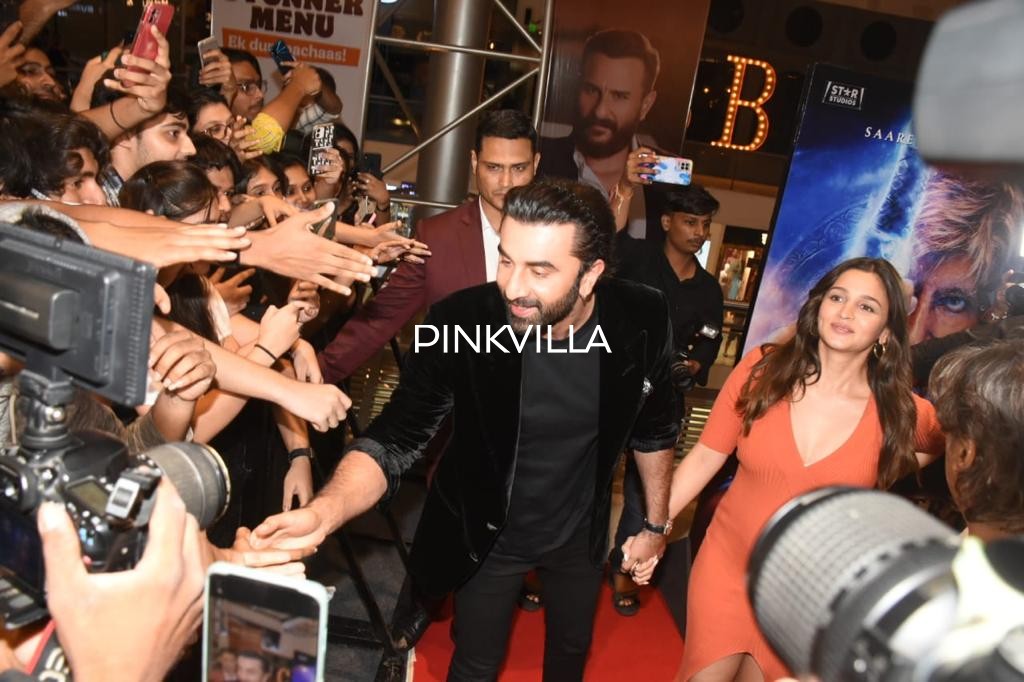 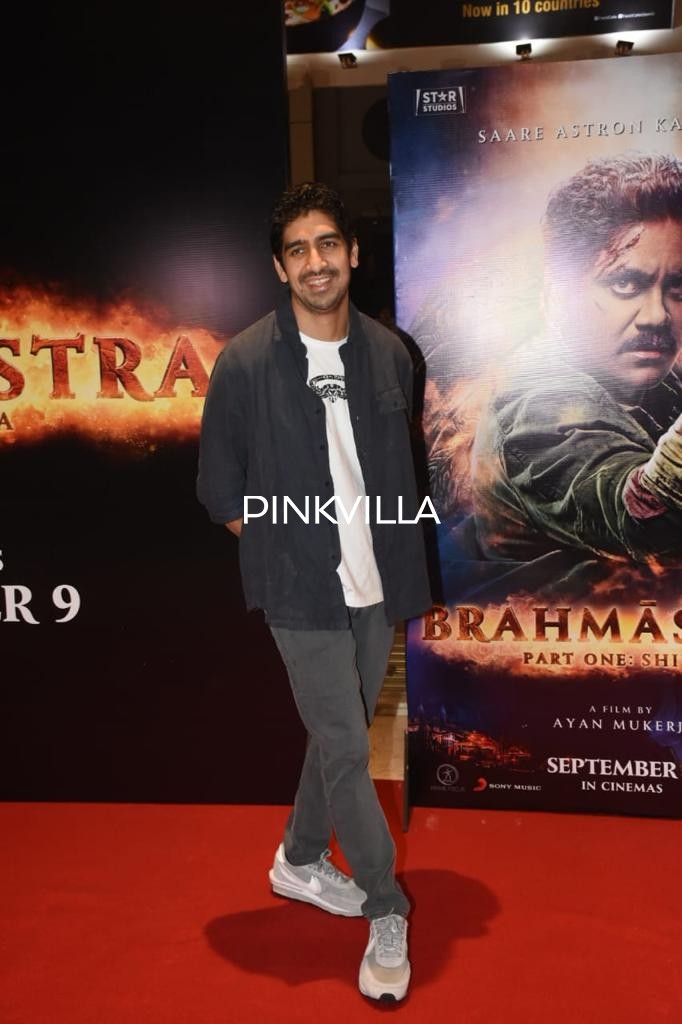 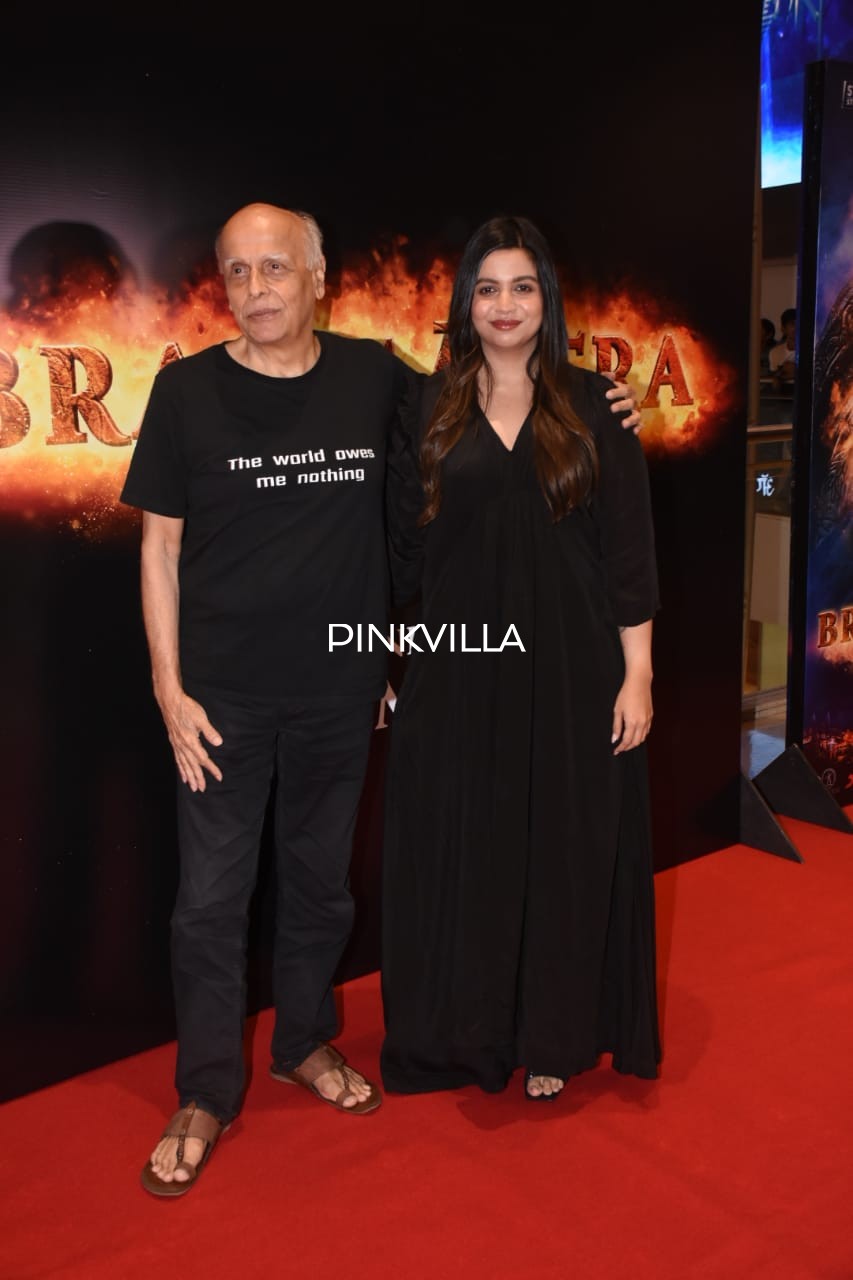 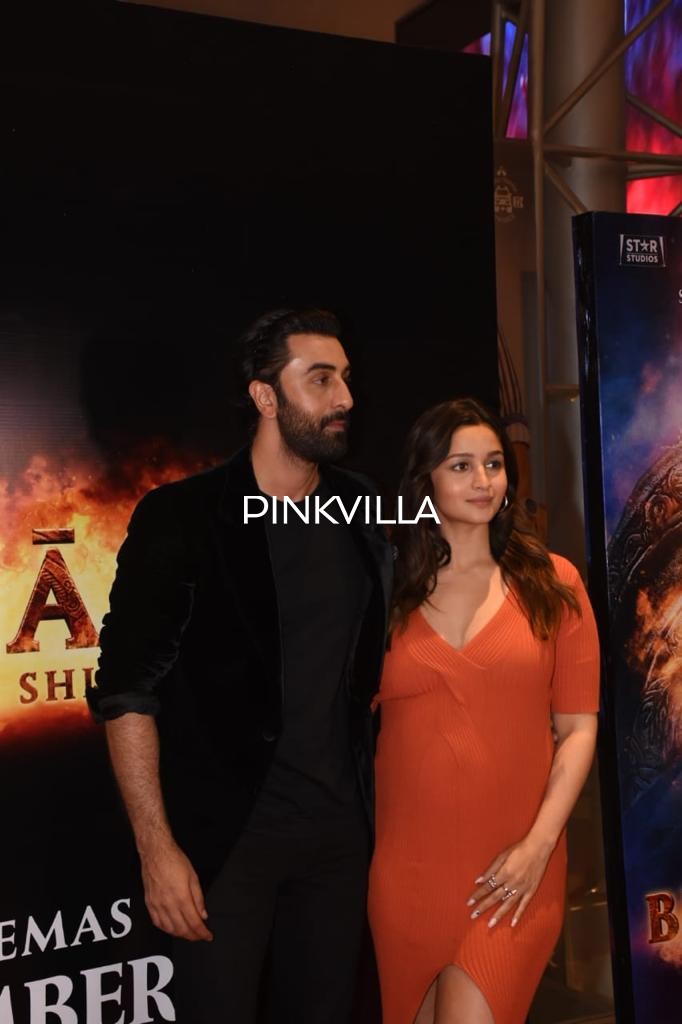 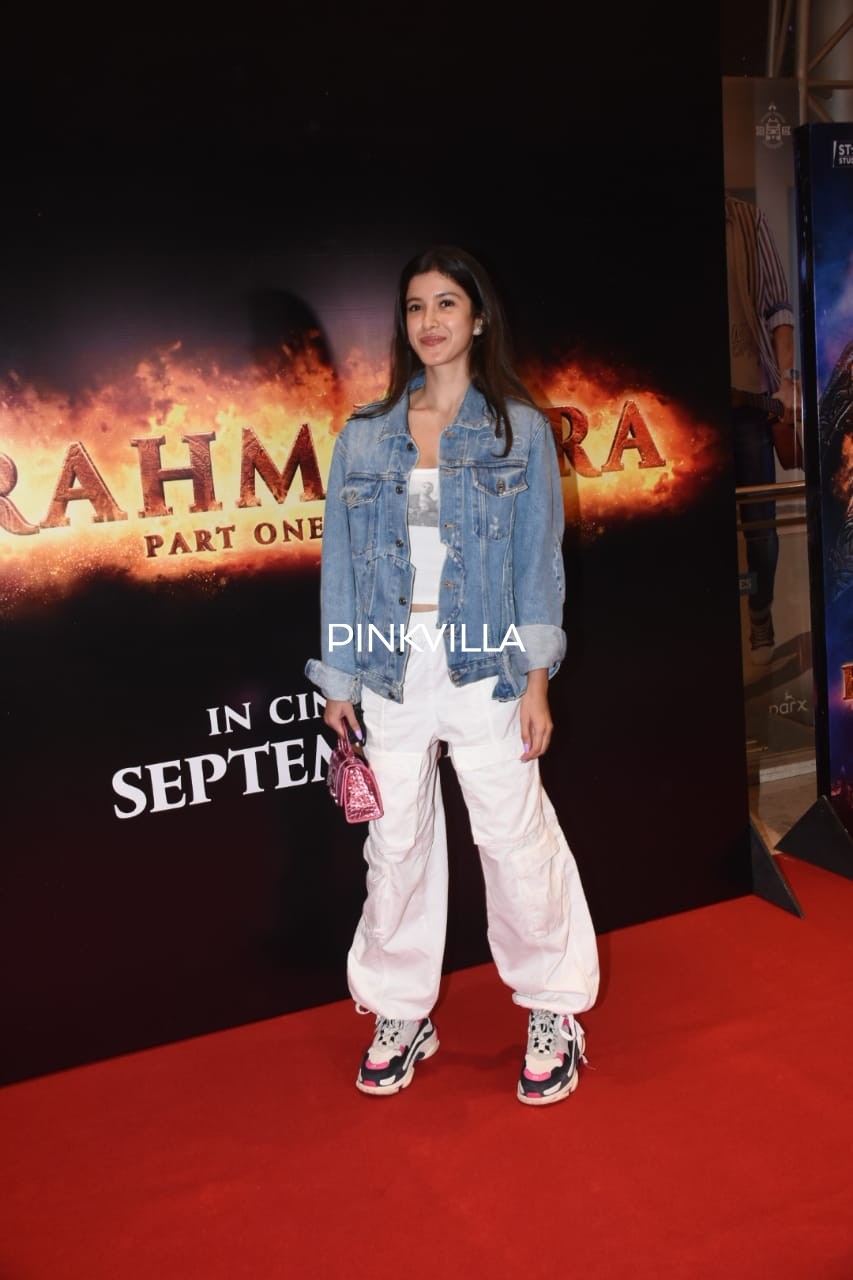 Ahead of the movie's release, Ranbir and Alia sat down for an interview in a special segment on IMDB. The Ae Dil Hai Mushkil actor revealed that Brahmastra is now a part of his and Alia's DNA. “Brahmāstra has been part of our DNA now. It’s been five years. Ayan, Alia, and me are also really close friends, so on every occasion in our lives, if it’s a birthday, if it’s Diwali, if it’s Christmas, if it’s our marriage, we were always talking about Brahmastra." This marks Ranbir's third collaboration with Ayan after Wake Up Sid (2009) and Yeh Jawaani Hai Deewani (2013). While Alia and Ayan are collaborating for the first time.

Brahmastra: Part One– Shiva is bankrolled by Star Studios, Dharma Productions, Prime Focus, and Starlight Pictures. It is one of the most expensive Indian films to date and has reportedly been produced on a budget of over Rs 400 crore.

Anonymous
Sep 09, 2022 01:12 AM
She is more comfortable with Ayan than Ranbir. That guy has no vein that cares or loves..very very selfish.
0 REPLY