It is that time of the year again when everyone is indulged in festive vibes. The 10 days of celebration, fun, food and colour take over everyone and this includes our Bollywood celebrities as well. Every year we see several B-town celebs going to Durga Puja pandals to seek the blessings of Maa Durga. This year too we saw the Brahmastra team coming together to seek Goddess Durga’s blessings. Ranbir Kapoor, Ayan Mukerji accompanied by Mouni Roy put their stylish foot forward as they looked their traditional best.

In the pictures, we can see Ranbir Kapoor dressed in a white coloured short kurta and pyjama. He wore a blue-coloured designed Nehru jacket over his white kurta and posed for the paparazzi. The actor sported his full-grown beard and moustache and sought the blessings of Goddess Durga. Ayan Mukerji on the other hand wore a maroon-coloured kurta over a white coloured pyjama and Mouni Roy stunned in a white saree. Ranbir was later mobbed by the fans who were too excited to see the star and the actor got in his car and made sure to wave at all his fans. 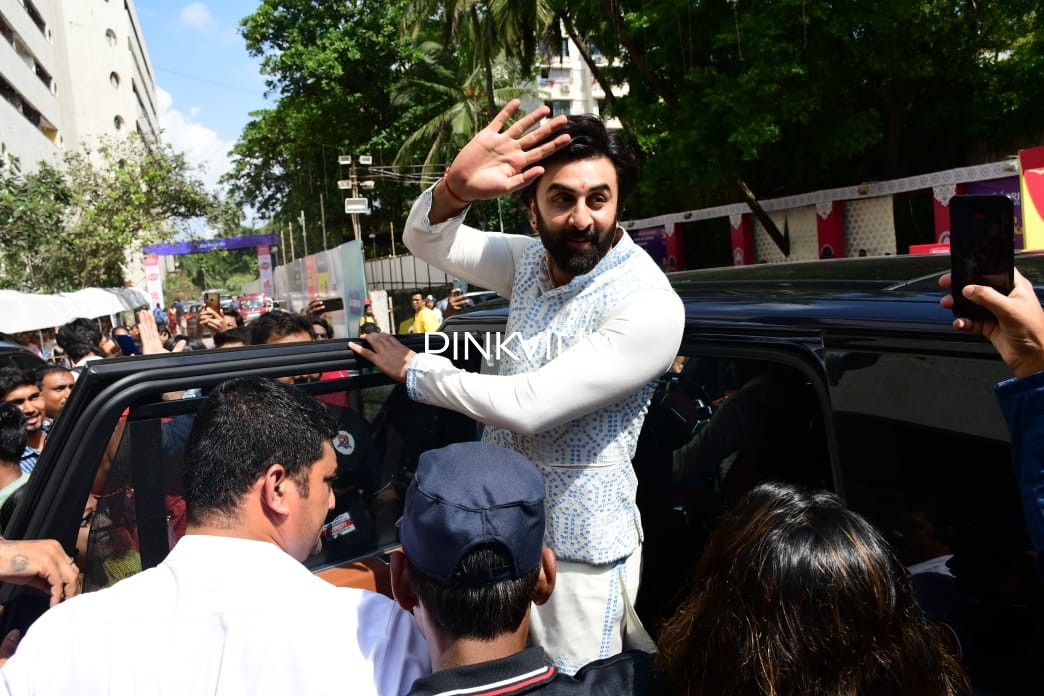 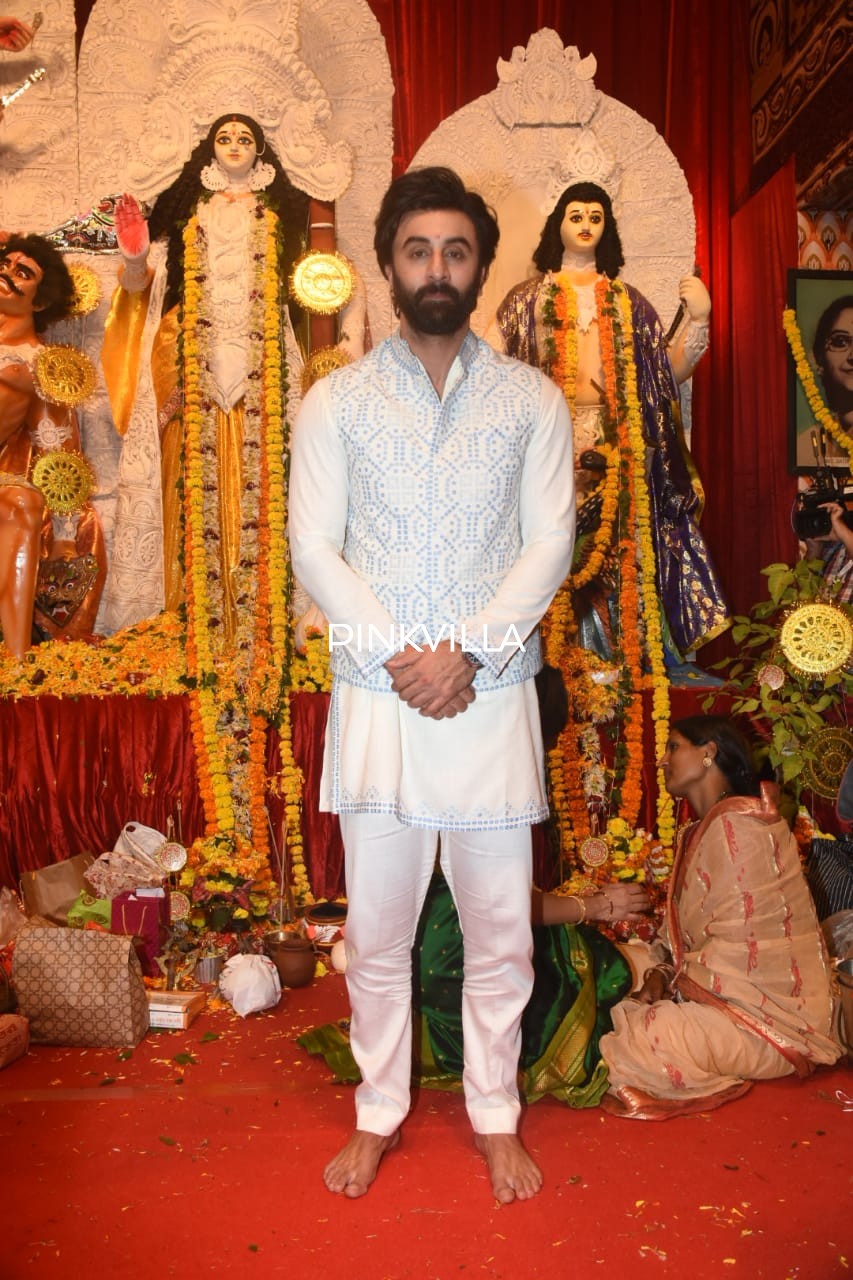 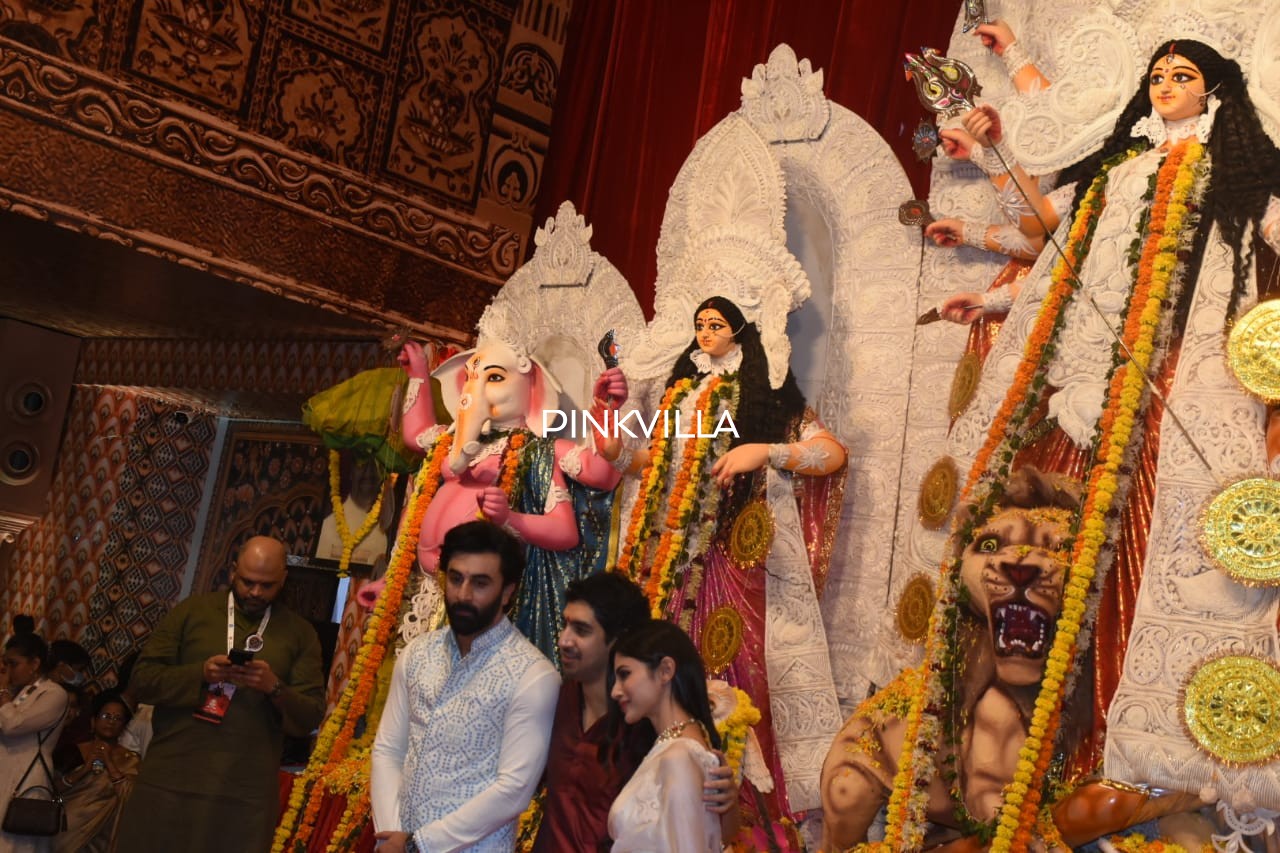 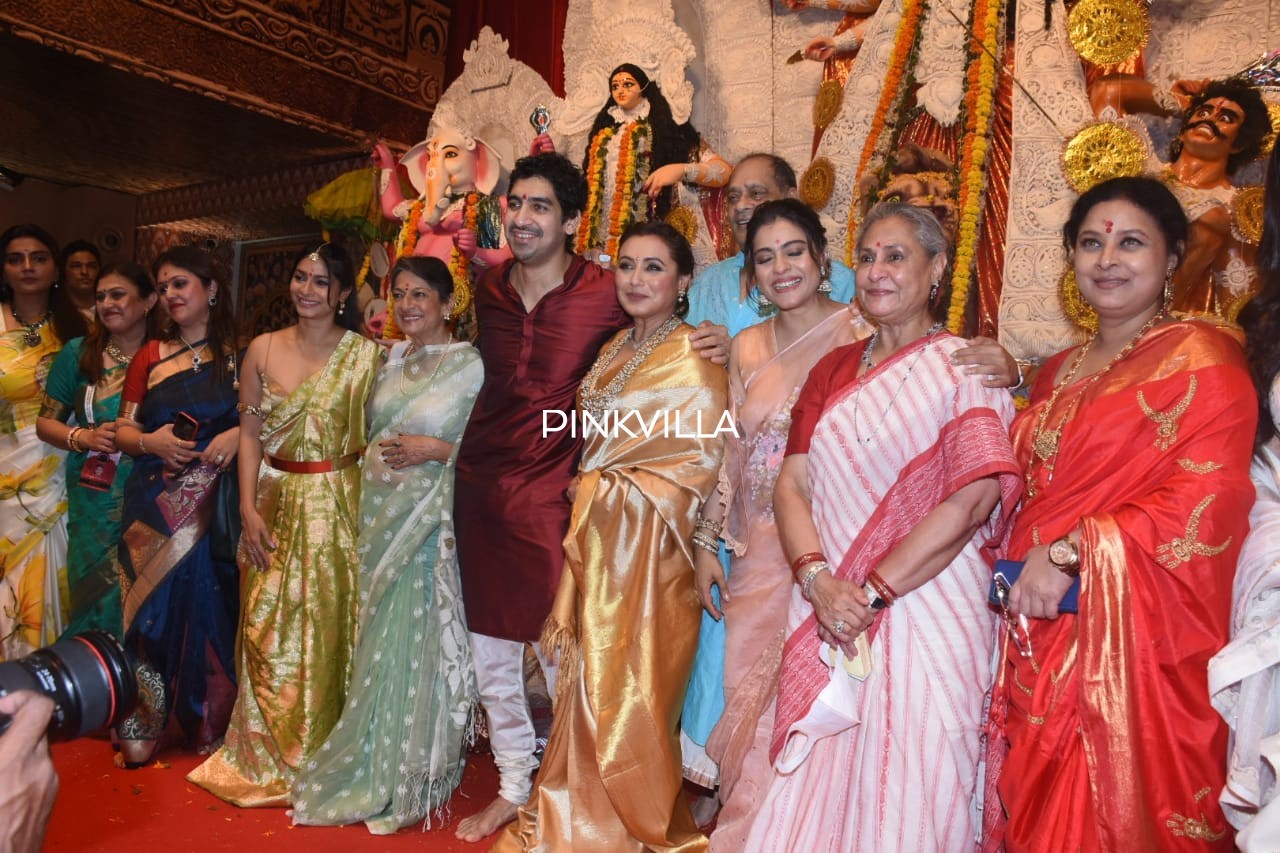 Meanwhile, Brahmastra has broken several box office records and is a massive hit. Ayan Mukerji recently released a new version of Kesariya featuring Ranbir Kapoor and Alia Bhatt which was shot before the current version but not taken in the film.

Ranbir Kapoor has a couple of exciting projects lined up. He will next be seen in Animal alongside Rashmika Mandanna and Luv Ranjan’s next alongside Shraddha Kapoor.

ALSO READ: Rashmika Mandanna REVEALS Ranbir Kapoor made her cry on Animal sets due to THIS reason

Anonymous
Oct 04, 2022 10:51 PM
Seek the blessings and leave it at that. It is not the time and place to be posing for photos and fans.That is why SRK will always be king. He knows what an occasion requires.
0 REPLY View more (1) replies