The birthday bash of veteran actress Shabana Azmi, who turned 72 years old on Sunday, was a star-studded affair and celebrated in style and enthusiasm. From popular designer Manish Malhotra to actress Dia Mirza Rekhi, all of these actors added to the charm of this glamorous party. Amongst those whom Pinkvilla spotted at the bash includes director Zoya Akhtar, Manish Malhotra, Dia Mirza, Anil Kapoor, and Tabu to name a few.

However, now we have come across inside pictures of the high profile birthday bash. Fashionista Manish Malhotra shared images on his Instagram story of the bash. Take a look. 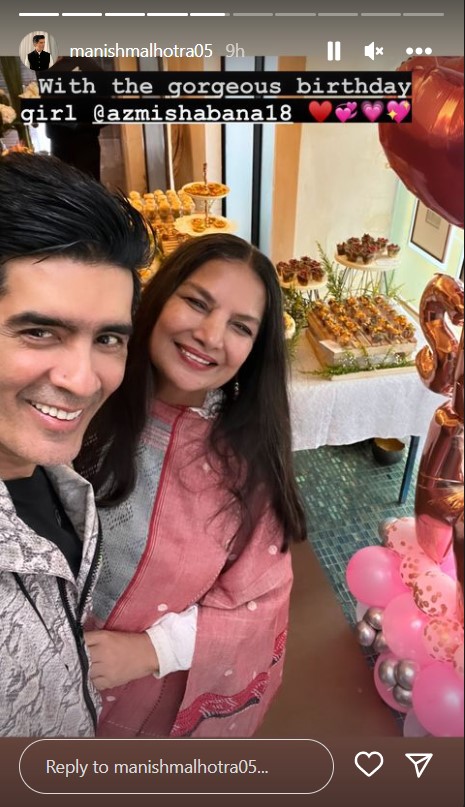 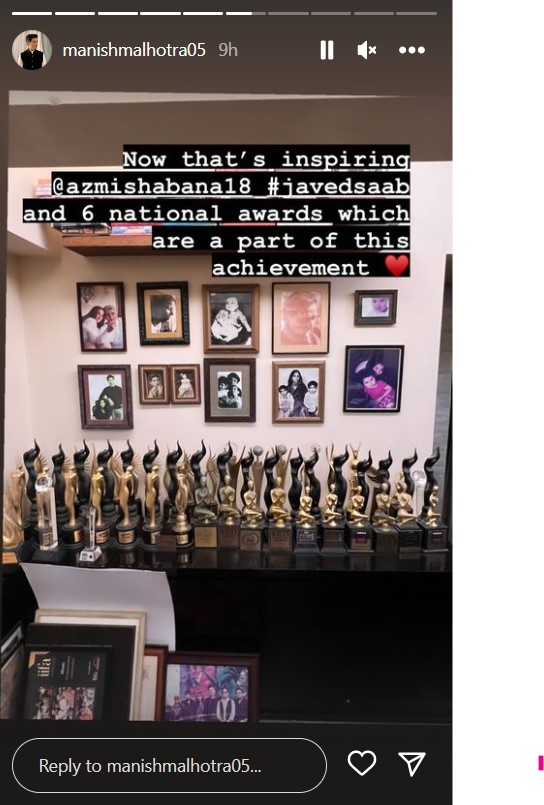 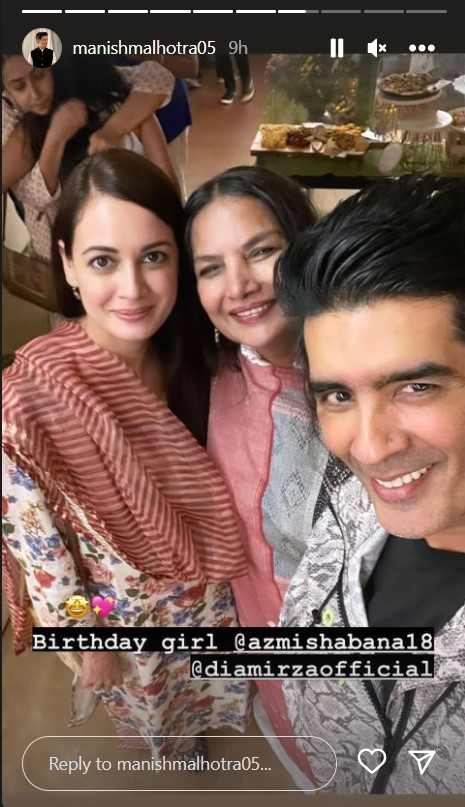 Earlier on Sunday, Bollywood actor Farhan Akhtar, who holds a crucial stake at Excel Entertainment, took to Instagram to wish Shabana Azmi on her birthday. Sharing a picture on his Instagram story from his wedding with Shibani Dandekar where Farhan can be seen dancing with Shabana, he wrote in his caption which read, "Happy birthday @azmishabana18 Been a fan of your dancing since I saw Parvarish and cherish this moment we finally danced together." 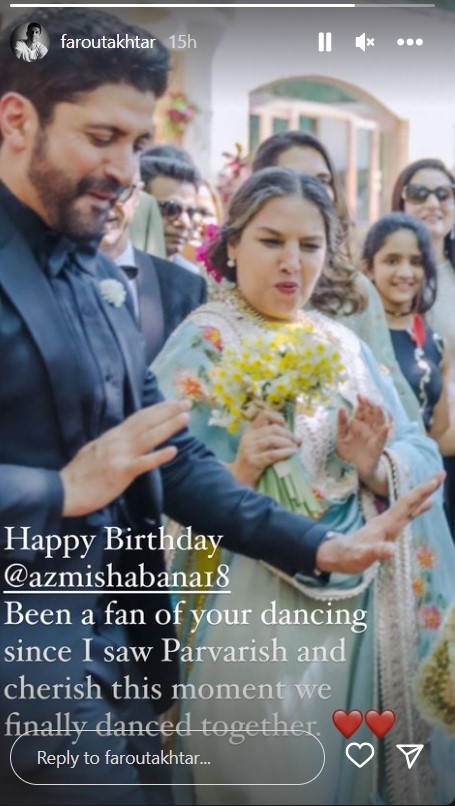 On the personal front, Azmi is the second wife of Bollywood lyricist and screenwriter Javed Akhtar who got married in 1984. Azmi is a step-mother of actor Farhan Akhtar and Zoya Akhtar who were born from Javed’s first wife Honey Irani. Bollywood actresses Farah Naaz and Tabu are her nieces and Tanvi Azmi is her sister-in-law.

Also Read: Farhan Akhtar wishes Shabana Azmi on her birthday, channels inner fan boy as he dances with her; PIC