Actor Chunky Panday will turn a year older on Monday and knowing this, he threw a pre-birthday bash that was no less than a star-studded affair. Check details here. Chunky Panday will turn a year older on Monday and knowing this, he threw a pre-birthday bash that was no less than a star-studded affair.

The ‘Housefull’ fame actor Chunky Panday will turn a year older on Monday. Knowing of this upcoming occasion, he decided to celebrate his 60th birthday in style today, which is no less than a star-studded affair. From Salman Khan to Aryan Khan, several Bollywood high-profile celebrities were spotted arriving at the venue of the party in Mumbai. Daughter of Chunky, Ananya Panday along with her close friends were in attendance as well.

However, what caught our eye was Ananya Panday and popular interior designer Sussanne Khan’s outfits. They both were twinning in almost identical red dresses. Soon after knowing about this coincidence, both Ananya and Sussanne decided to get clicked together in a frame.

Sharing a photo of the same on their social media handles, Sussanne wrote, “My beautiful gorgeous @ananyapanday you are the most amazing girl…love u” with a bunch of heart emojis. Replying to her Instagram story, Ananya wrote, “Love you”. Notably, Sussanne Khan and boyfriend Arslan Goni arrived together at the party venue. 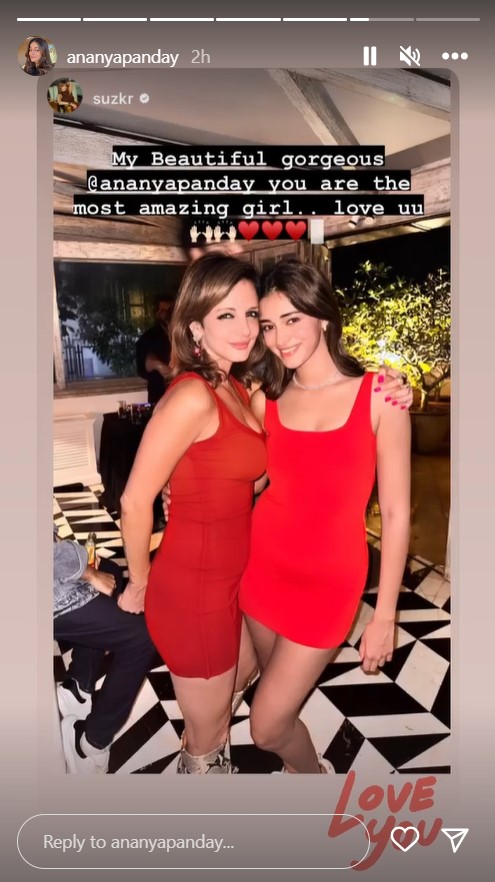 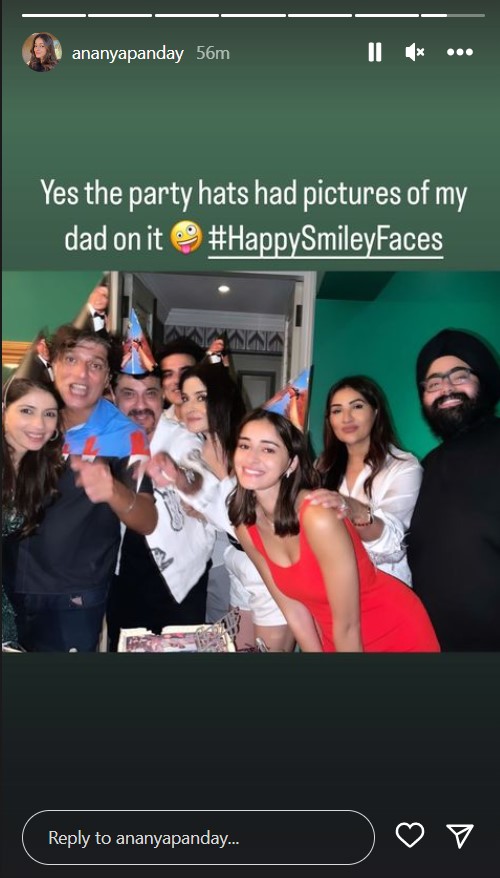 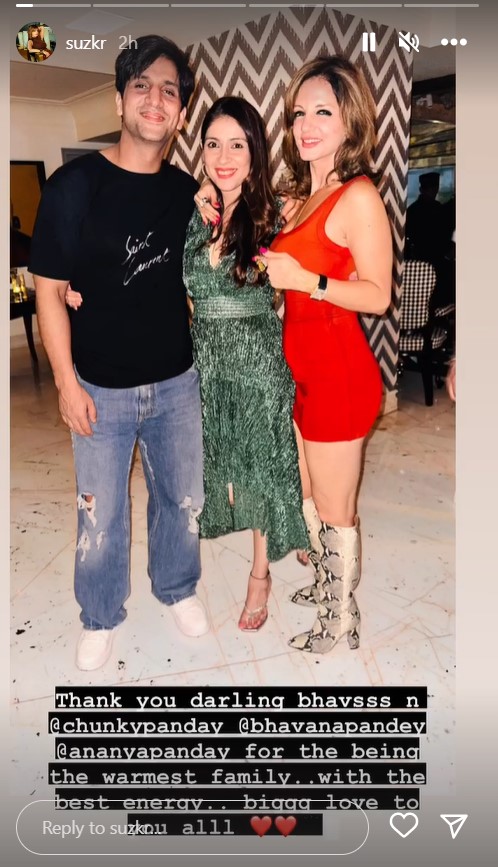 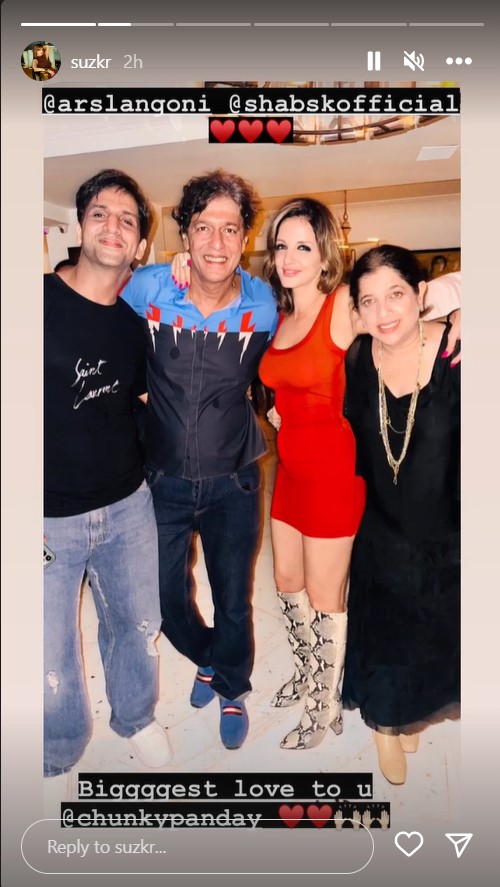 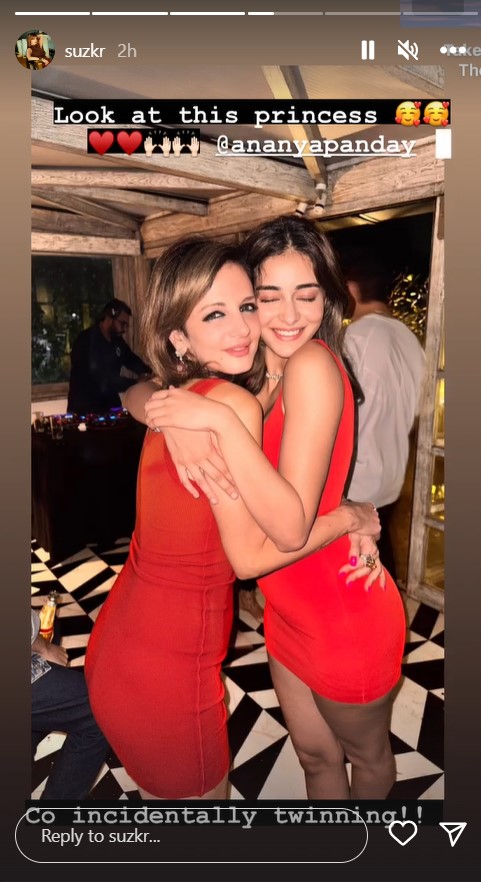 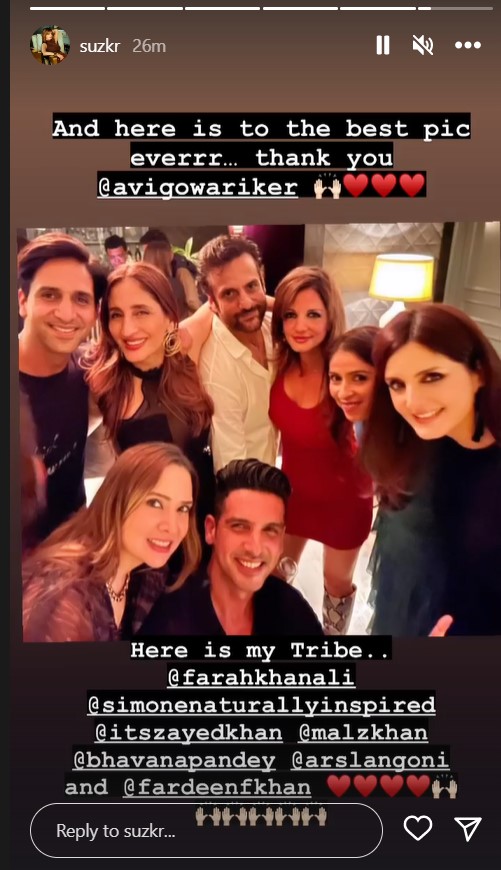 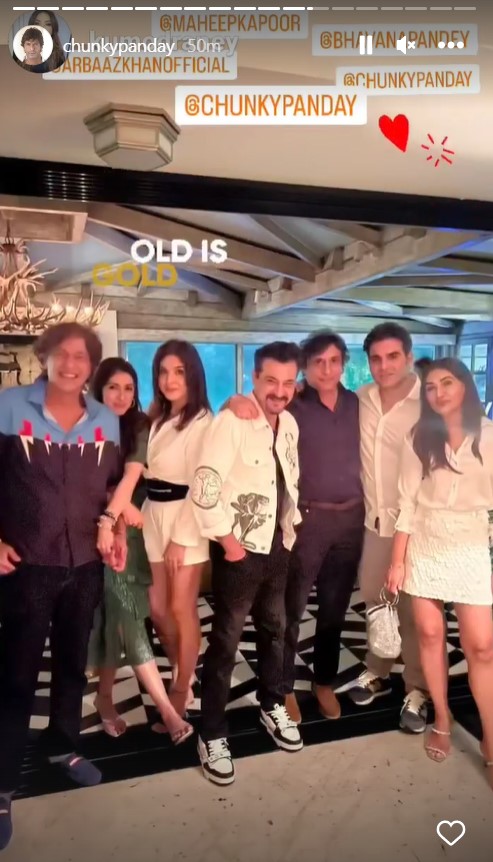 The birthday party was no less than a met-gala event. Chunky Panday’s wifey Bhavana Pandey was also spotted hanging out with actors Maheep Kapoor and Sanjay Kapoor.  Notably, both Maheep and Bhavana were seen on screen together last on the latest episode of chat show Koffee with Karan that is hosted by filmmaker Karan Johar. And it is no surprise that KJo was also spotted at the birthday bash. Other guests also included high-profile celebrities namely Gauri Khan, Jackie Shroff, Sonali Bendre, Goldie Behl, and Neha Dhupia, among others.

For the unversed, Suyash Panday, better known by his stage name Chunky Panday, has appeared in some remarkable films in the Hindi cinema like Saaho, Housefull, Housefull 2, Housefull 3, Housefull 4, Tezaab, De Dana Dan, Ready, Rascals to name a few. On the personal front, Panday married Bhavana Panday in January 1998 and have been blessed with two daughters--Ananya and Rysa Panday.