Cirkus is scheduled to hit the big screens on 23rd December 2022. Here’s what celebs have to say about the comedy-drama. The trailer of Ranveer Singh’s period-comedy drama Cirkus was unveiled on Friday afternoon. Ever since the makers of the film shared the fun-filled trailer video on their social media handles, fans and celebrities started reacting to that. As soon as Ranveer Singh and Rohit Shetty shared the video on their Instagram, celebs like Vicky Kaushal, Sara Ali Khan, Shilpa Shetty Kundra and, Sidharth Malhotra expressed their excitement for the release of the movie on Christmas this year.

Ranveer Singh-starrer is based on the 1982 film Angoor, which was a remake of the 1968 film Do Dooni Chaar. The synopsis of the movie reads, “A circus operator and his gymnast friends belonging to a big circus company 'juggle' with their lives and try to bring back the extinct circus culture to the public.” The trailer video will take you on a ride into the 60’s era. Cirkus promises to be a perfect Christmas gift for every comedy-lover. 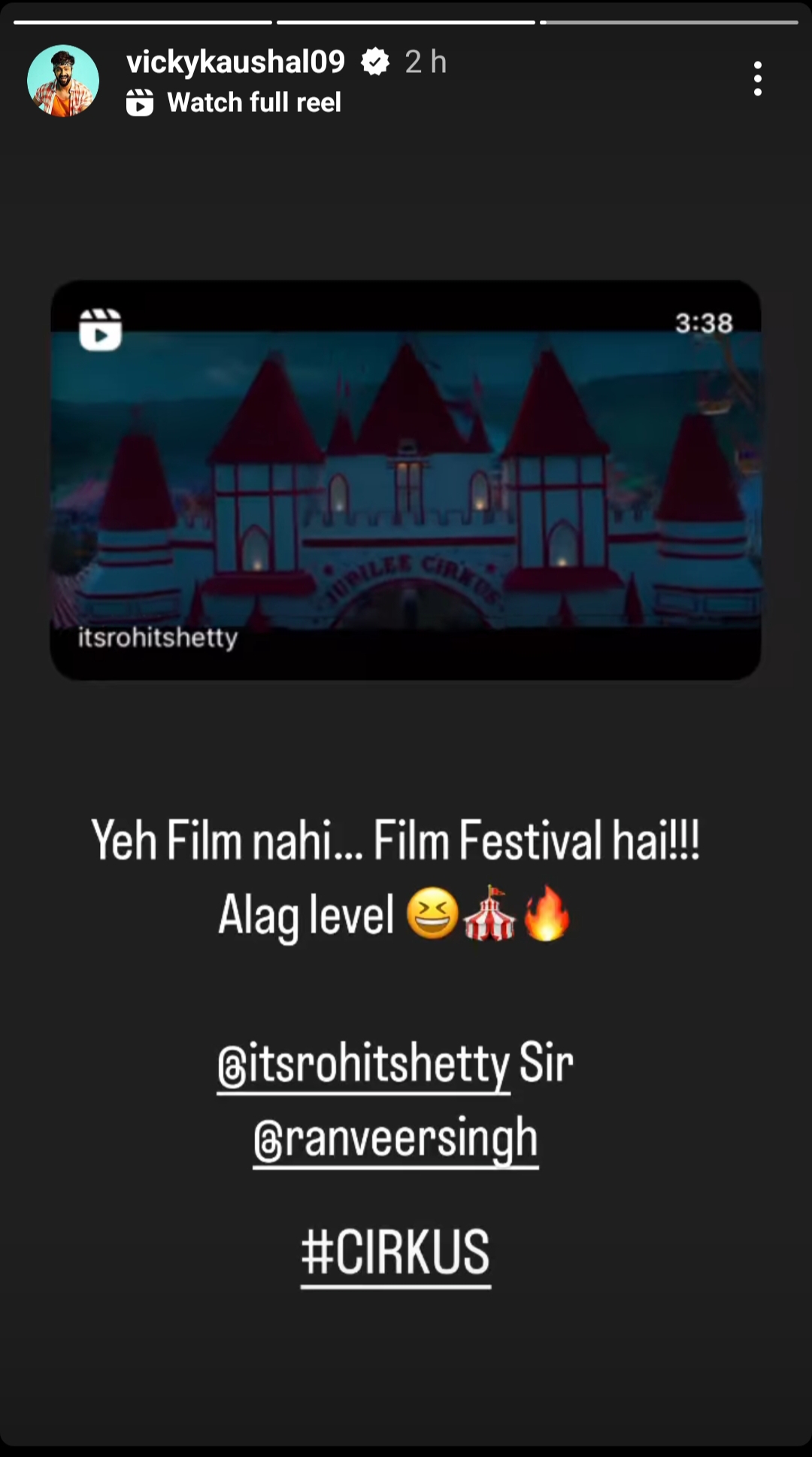 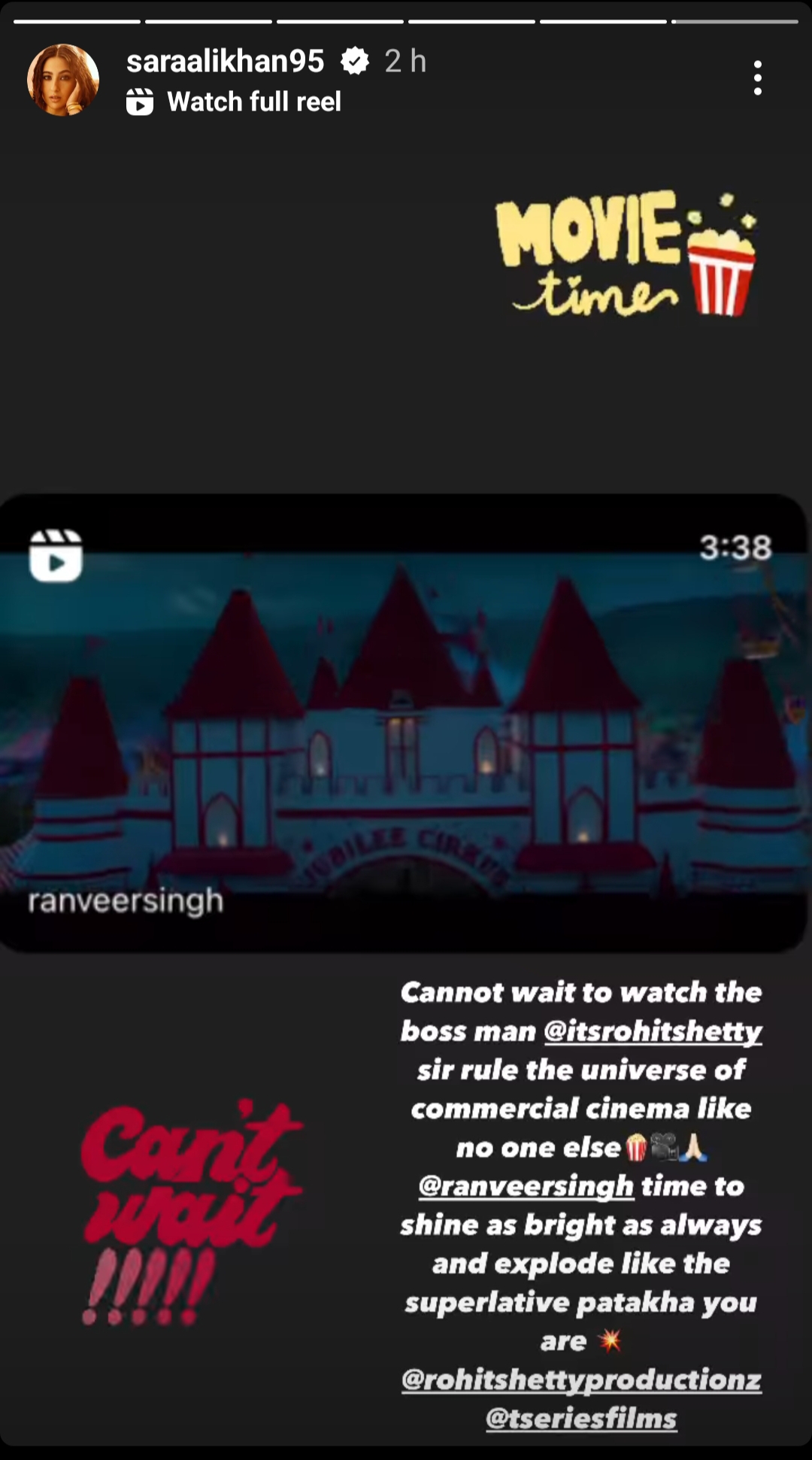 The Kedarnath actress is super excited about the comedy-drama. While sharing Ranveer Singh’s post, she said, “Cannot wait to watch the boss man @itsrohitshetty sir rule the universe of commercial cinema like no one else @ranveersingh time to shine as bright as always and explode like the superlative patakha you are @rohitshettyproductionz @tseriesfilms.” 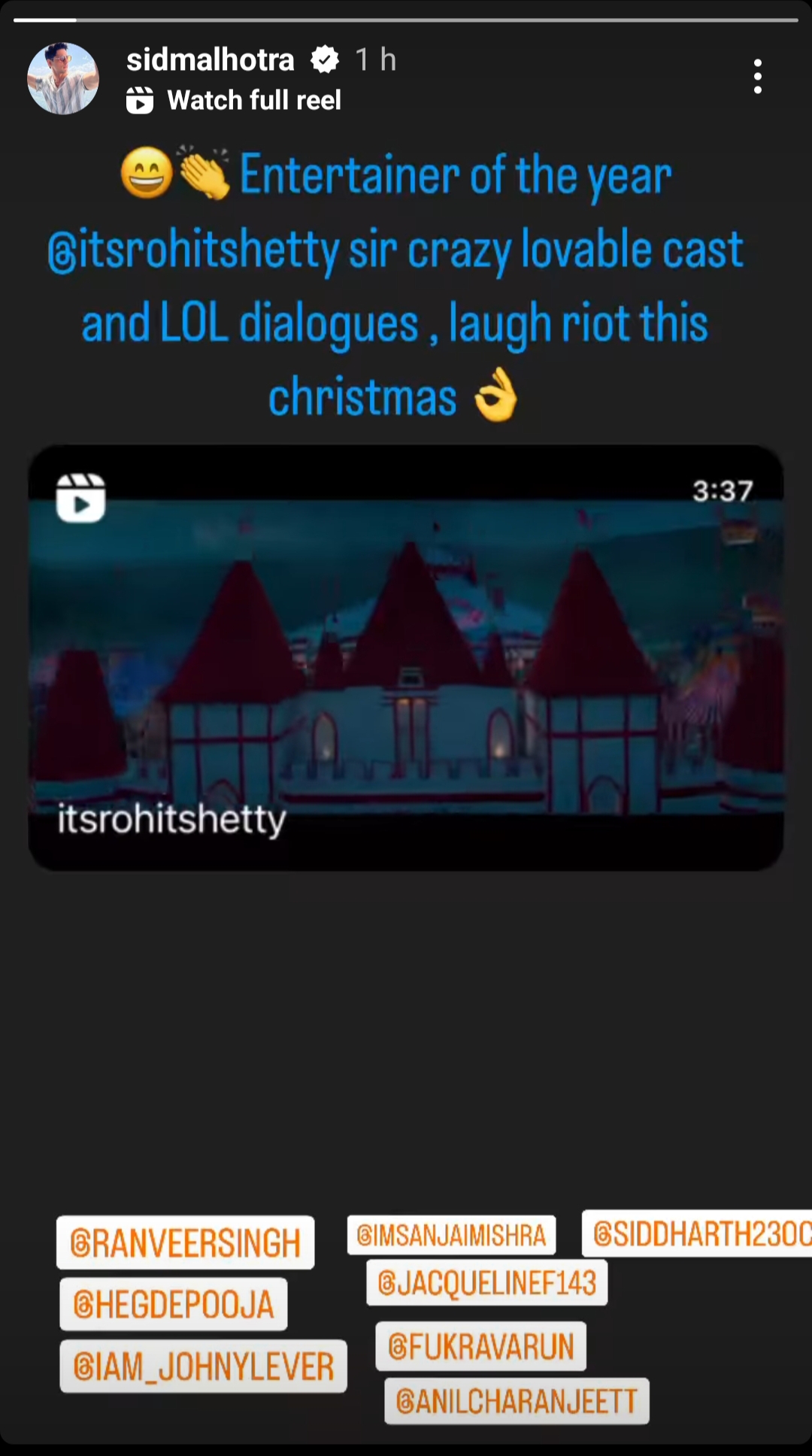 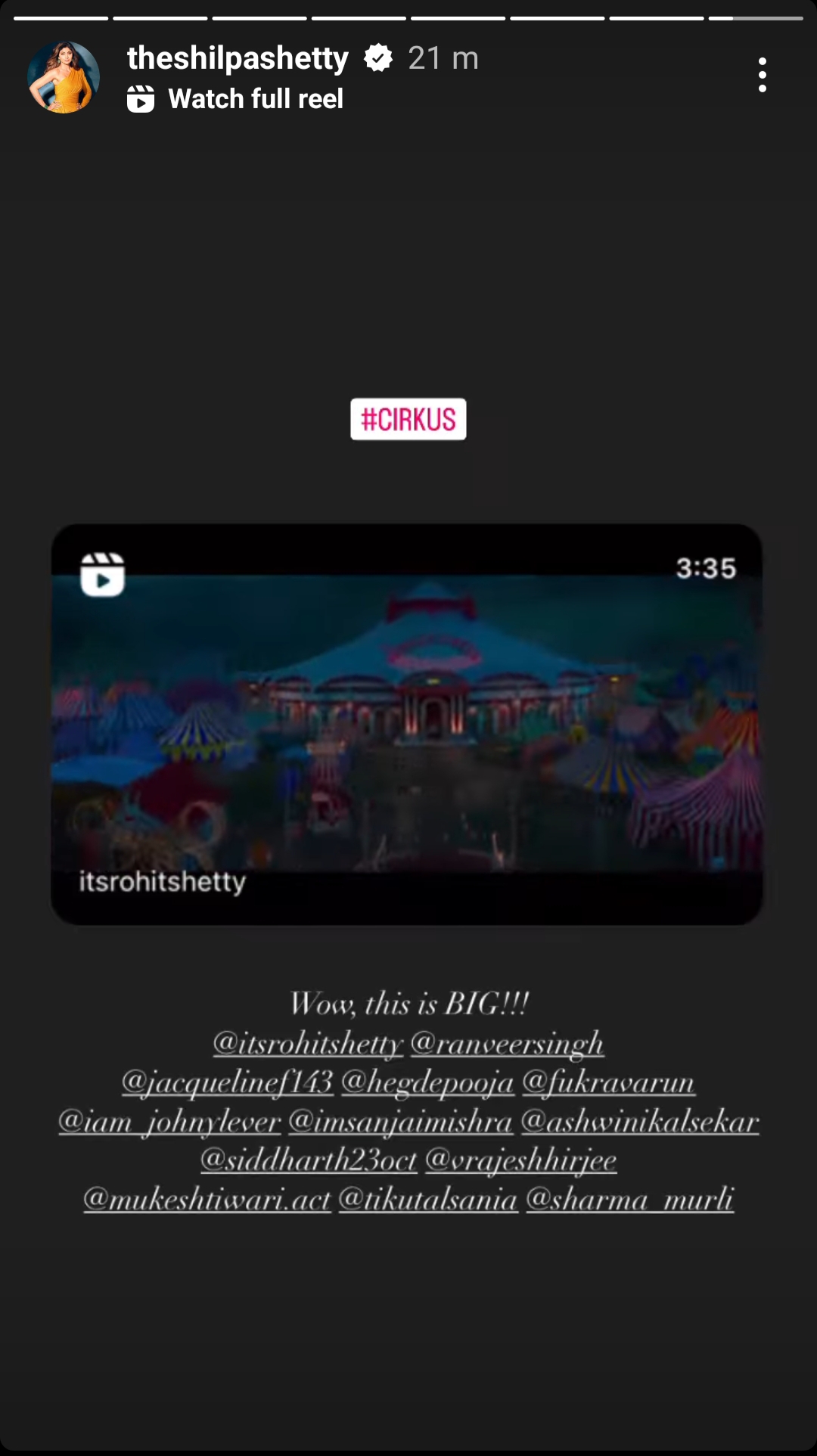 She took to Instagram story and wrote, "Wow, this is BIG!!!" She tagged all the cast members while sharing it.

Box Office: Avatar 2 wrecks havoc in the second we...