Vijay Varma, who is currently in Lucknow to shoot for Mirzapur 3, got several marriage proposals from different countries. His hilarious replies are unmissable! Bollywood actor Vijay Varma is currently basking in the success of his latest OTT film Darlings, co-starring Alia Bhatt and Shefali Shah. The actor was seen playing the role of an alcoholic and abusive husband Hamza in the film, and while the role earned him great reviews, he also garnered online hate and abuse for it. Now, however, looks like those have been replaced with marriage proposals instead! Yes, you read that right. Vijay Varma took to his Instagram stories and shared screenshots of the marriage proposals he has been getting in his DMs, and the actor had some quirky replies for each of the proposals.

The rishtas started flooding from different countries in response to a boomerang the actor posted after landing in Lucknow to shoot for Mirzapur 3. A fan from Lucknow sent a message to the actor that read, "Mere ma baap se humaare shaadi ki baat bhi kar lena agar aa hi gaye ho toh (Talk to my mom and dad about our marriage while you're here)" to which Vijay responded with " Bas yahi karne toh aaye hain Lucknow (Thats what I have come to Lucknow for)". That’s not all! A fan from Pakistan then wrote, “Pakistan ajao mery maa baap sy baat karne pls (Please come to Pakistan to talk to my parents)," and he replied, "Bas ye Lucknow wala khatam kar ke aata hoon. Mirzapur ki shooting toh hoti rahrgi araam se (I'll come immediately after finishing this Lucknow schedule. Mirzapur's filming will happen when it happens)".

Vijay was left in splits after another fan texted him Amitabh Bachchan’s quote from his Gujarat tourism ad. “Gujarat best hai aa jao. Bacchan ji bolte hai kuch din to gujaro Gujarat me,” wrote a fan, to which the actor hilariously wrote, “Hahahahaha I can't even. You used Big B to set yourself up with a boy." Vijay also got proposals from Canada and France; check out how he replied! 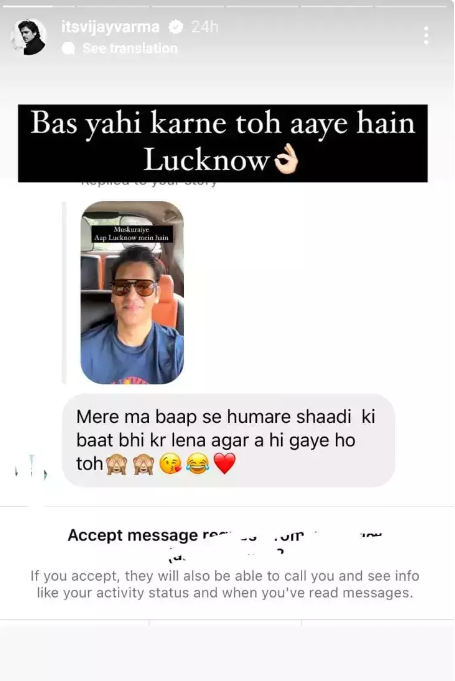 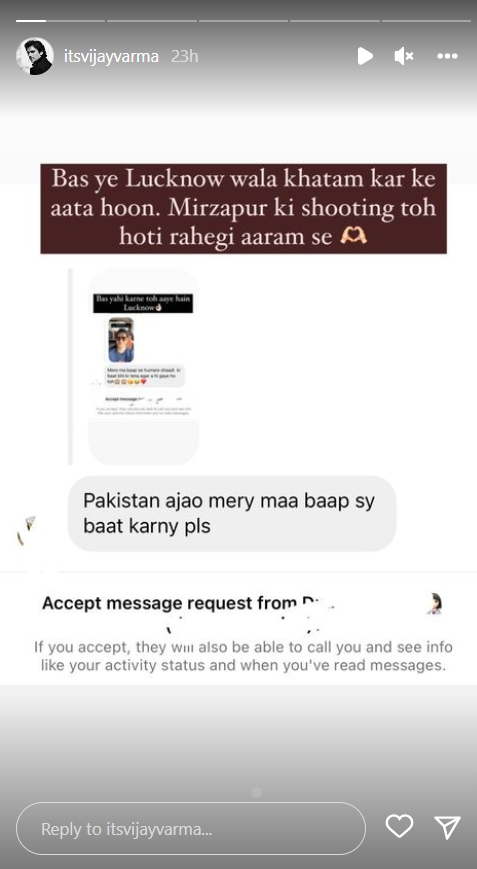 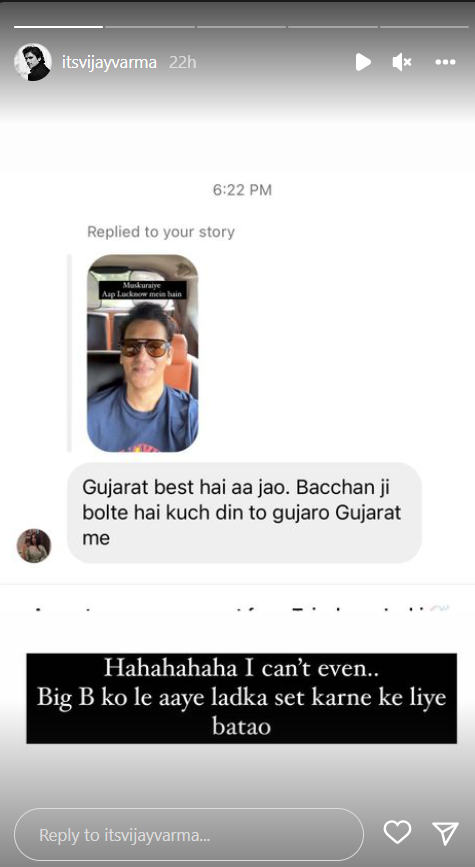 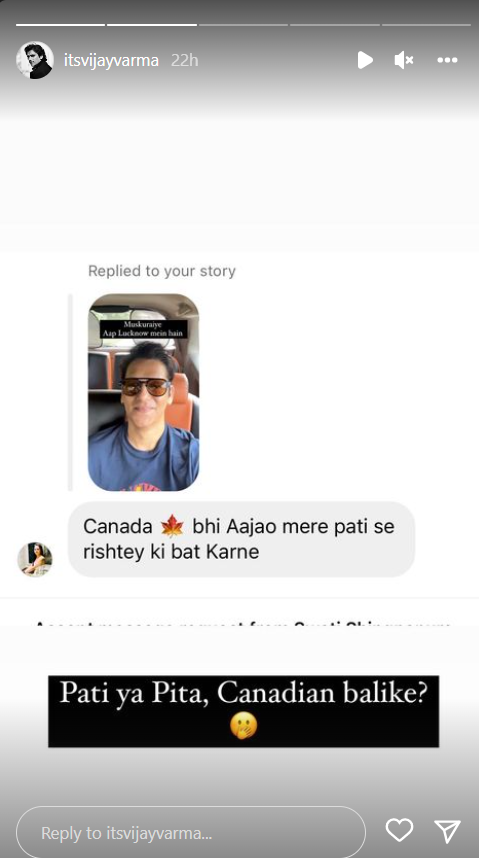 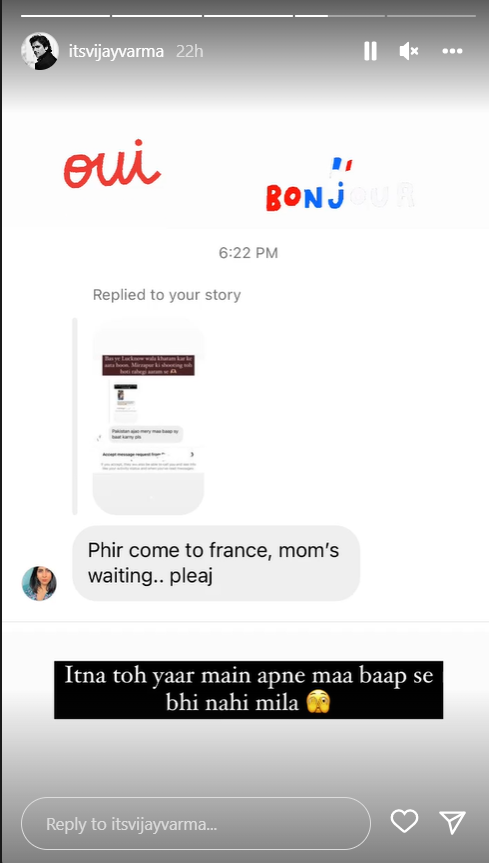 On the work front, Vijay Varma will next be seen in the web series Mirzapur 3. He will also be seen in the Indian web series Dahaad with Sonakshi Sinha, and The Devotion of Suspect X with Kareena Kapoor Khan and Jaideep Ahlawat.

ALSO READ: Vijay Varma jokes his face isn't good enough for posters: They cast me to get that extra star in reviews Vijay Varma, last seen in Darlings, has THIS to sa... Laal Singh Chaddha to Darlings: List of movies and...