Day 7, Film 19: Arjun Kapoor shares a glimpse of his script as he films for a new project in Glasgow

Arjun Kapoor will be seen next in The Lady Killer alongside Bhumi Pednekar. Arjun Kapoor is one of the most popular actors in Bollywood. Kapoor made his acting debut in 2012 with romance Ishaqzaade which was commercially successful and earned him several awards. He has successfully carved a niche for himself with his hard work and dedication and has been a part of movies like Gunday, Tevar, Ki & Ka, Bhoot Police, Half Girlfriend, Finding Fanny, 2 States, and others. Recently, the actor jetted off to Glasgow, United Kingdom for the shooting of his upcoming movie.

Now, Arjun shared a sneak peek of his script reading session as he films for his new project. Reportedly, Bhumi Pednekar is also a part of this movie. Reportedly, the untitled romantic comedy features both supremely fun and entertaining roles. The duo will be shooting around London for about a month-long schedule. The film will also be shot in Mumbai and maybe a few more cities in India. The latest rumours have it that this project is set to be directed by Mudassar Aziz. However, there has been no confirmation about it. 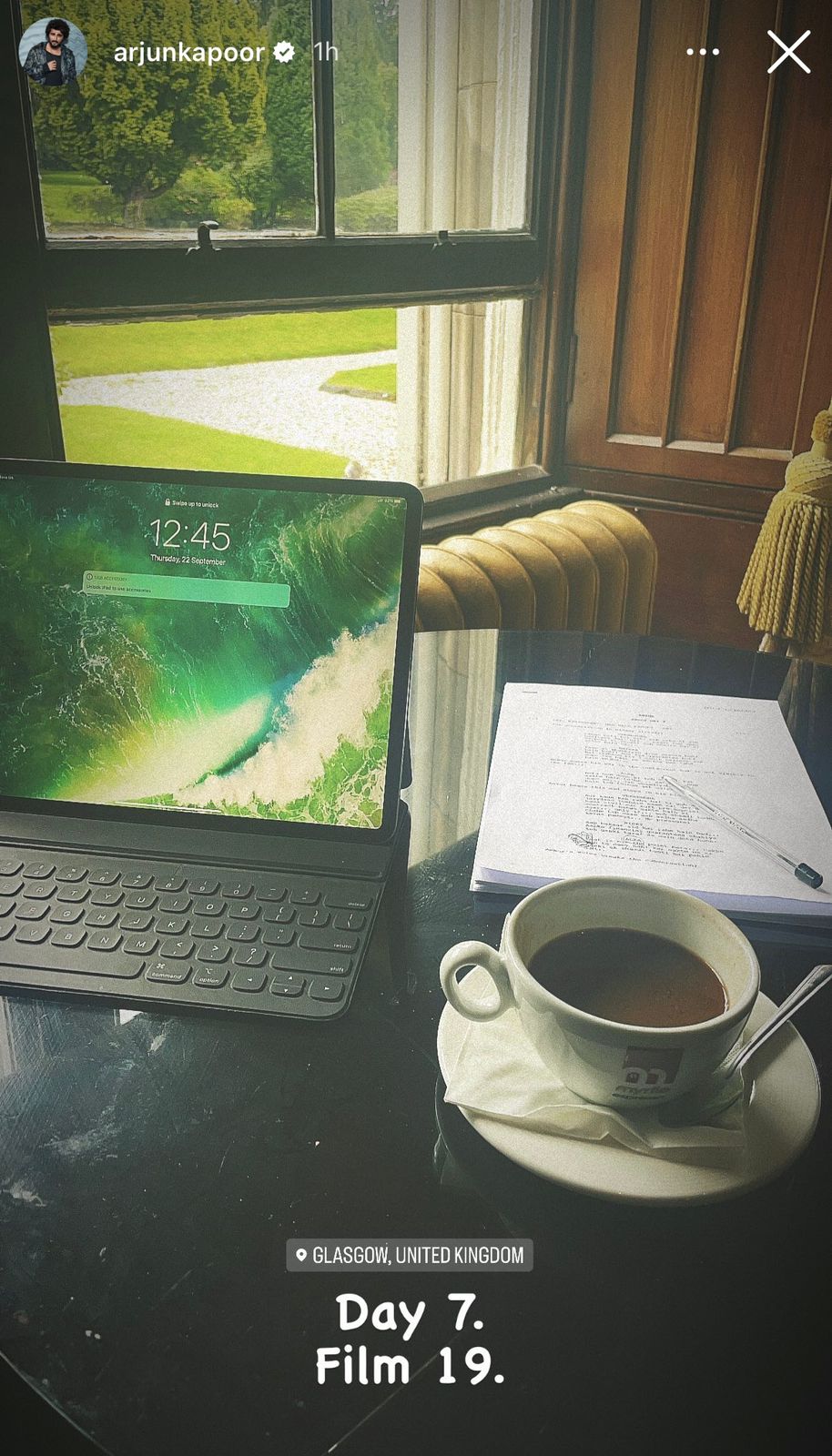 This marks Arjun and Bhumi's second project together after The Lady Killer, which is directed by Ajay Bahl. It is touted to be an upcoming suspense drama thriller that follows the whirlwind romance of a small-town playboy (Arjun) and a self-destructive beauty, played by Bhumi.

Recently, Arjun also shared sun-kissed photos on his Instagram handle announcing his new film. In the pictures, Arjun is seen posing opposite the sun. He is wearing his glasses and smiling. The caption reads, “नयीं Film नयीं Vibe followed by a face emoji.”

ALSO READ: Arjun Kapoor says he is a 'producer at heart': Want to have a 360-degree perspective on filmmaking