Ranveer Singh and Deepika Padukone were recently seen at Maharashtra CM Shri Eknath Shinde’s Ganpati celebrations. They were joined by none other than the beautiful Sara Ali Khan. While their pictures from the celebrations went viral on social media last night, a couple of new photos have surfaced on the internet recently. Have you seen them yet?

A few hours back, Orhan Awatramani, better known as Orry, took to his Instagram space and shared a couple of photos feature Ranveer, Deepika, and Sara from the Ganpati celebrations. All three actors graced the event in beautiful traditional wear. Ranveer was seen donning a red kurta with white pajamas. He styled it with a printed red and white Nehru jacket. On the other hand, Deepika Padukone looked extremely gorgeous as she wore a velvet green kurta. Her hair was tied in a messy bun and she complete the look with a pair of statement earrings. Coming to Sara Ali Khan, the young actress was seen opting for a yellow salwar suit. They smiled warmly as they posed for photos. 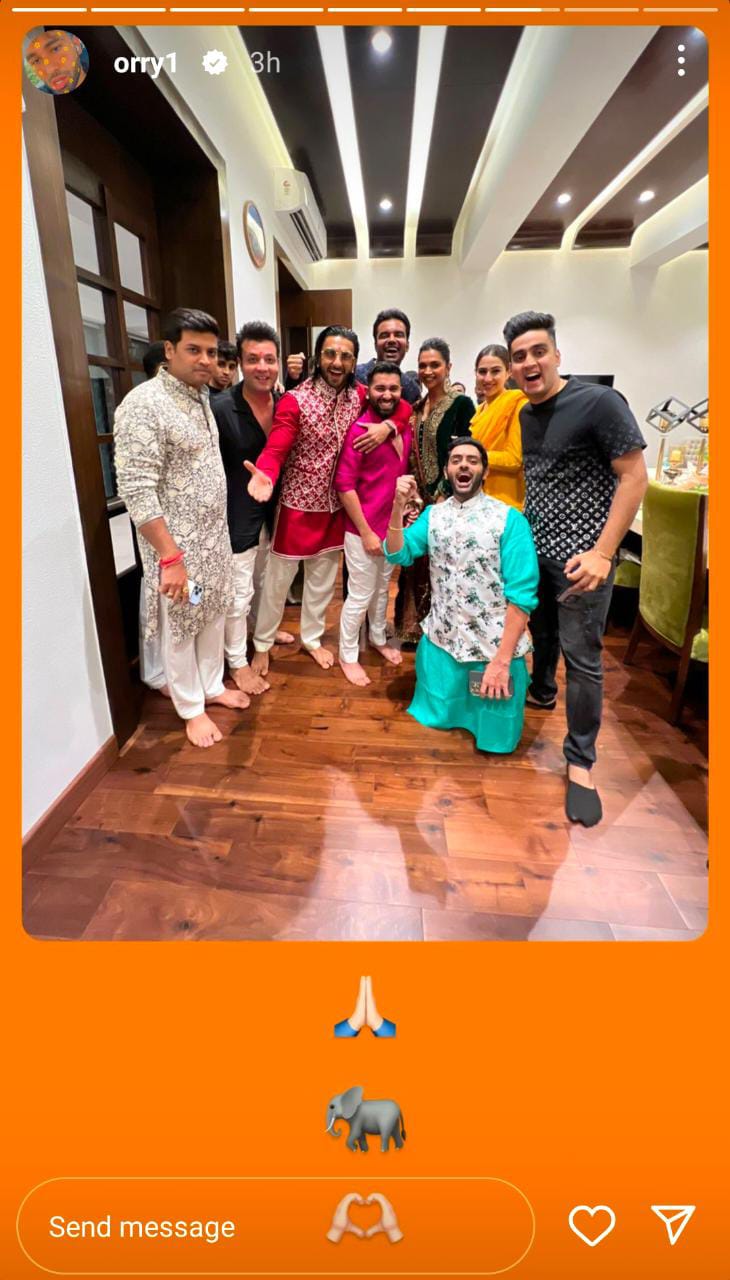 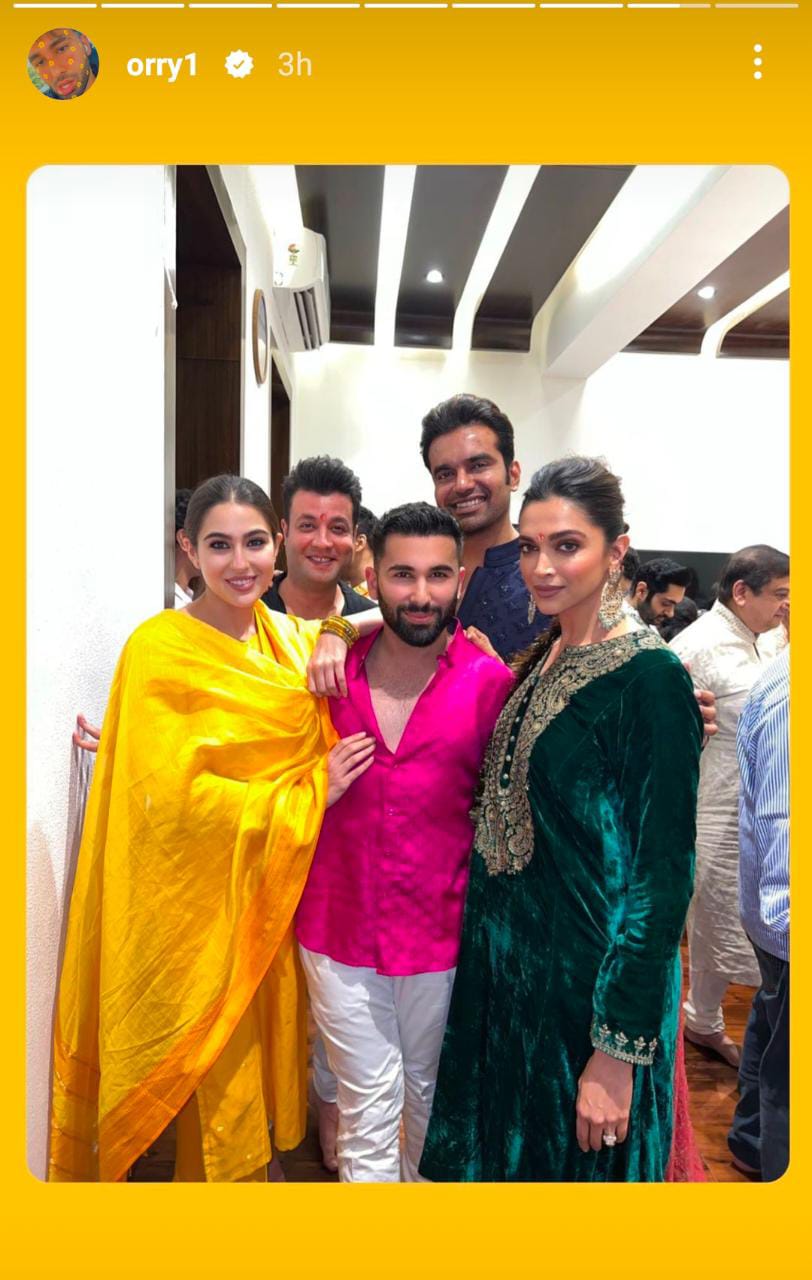 On the work front, Deepika Padukone, who was last seen in the direct to digital release Gehraiyaan, is having a busy shoot year. The actress will next be seen alongside Shah Rukh Khan and John Abraham in Siddharth Anand’s directorial Pathaan. Her other projects include Siddharth Anand’s Fighter with Hrithik Roshan and Anil Kapoor, Nag Ashwin’s Project K with Prabhas and Amitabh Bachchan, the remake of The Intern with Amitabh Bachchan and a cross-cultural Hollywood film mounted on a massive scale.

Ranveer garnered praise in the last release, Jayeshbhai Jordaar with Shalini Pandey. He will be next seen in Rohit Shetty’s Cirkus with Jacqueline Fernandez and Pooja Hegde. The movie will feature Ranveer in a double role. Cirkus will be hitting the screens on Christmas this year. Besides, he is also working on Karan Johar’s directorial Rocky Aur Rani Ki Prem Kahani with Alia Bhatt. The movie marks her second collaboration with Alia after their 2019 release Gully Boy.

Sara Ali Khan will be seen in Gaslight with Vikrant Massey and an untitled film with Vicky Kaushal, directed by Laxman Utekar. Pinkvilla also exclusively reported that she will be seen in a period film based on the Quit India Movement of 1942.

Anonymous
Sep 10, 2022 10:43 AM
true spouses always cheer for each other and support each other unequivocally
0 REPLY

Anonymous
Sep 10, 2022 10:42 AM
the love between the deepveer constantly delights the audience
0 REPLY
View more (22) comments

Bhai is Bhai: Ranveer Singh has the most heartwarm...

Koffee With Karan: Will Smith to join Akshay Kumar...