Deepika Padukone opted for a sharp airport look as she got clicked by the paparazzi. Deepika Padukone needs no introduction as she is one of the most successful Indian actresses with a career spanning more than a decade and a half. Apart from entertaining fans with her acting performances, Deepika also treats them to glimpses of her personal and professional lives on social media every now and then. She often tops the list of stunning airport looks as well. Over the years she has been seen in all kinds of airport styles that she has sported effortlessly. Be it a little on the glamorous side, or one that exudes sharpness - or an effortless casual look - she's done it all.

Speaking of which, just a while ago, the actress was snapped by the paparazzi at the airport. The pictures feature the Piku actress donning a denim overcoat paired with a black bodycon dress. Deepika completed her attire with a pair of white sneakers. She accessorised her look with a black handbag and a pair of black shades to ace the uber-chic airport look. Flashing her million-dollar smile for the camera, the actress set the shutterbugs in a frenzy. 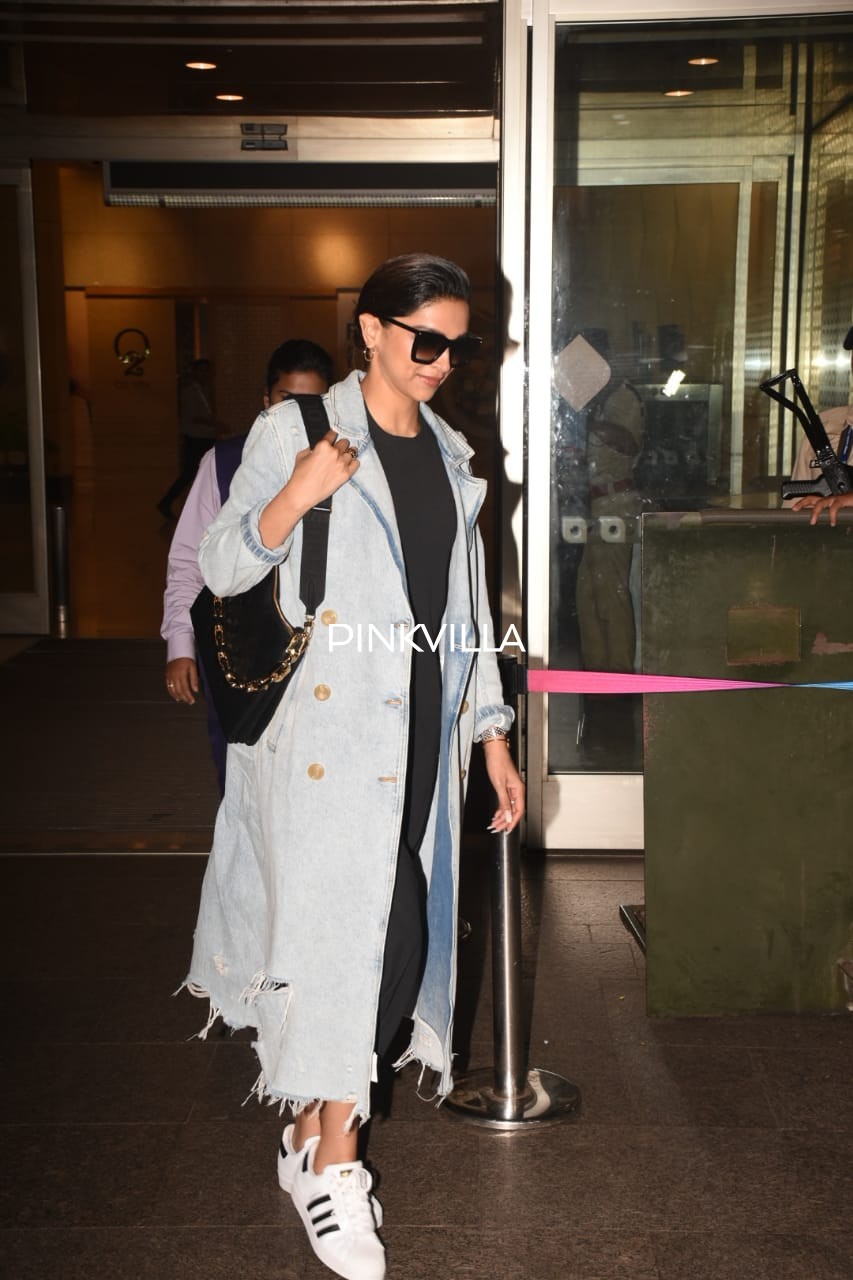 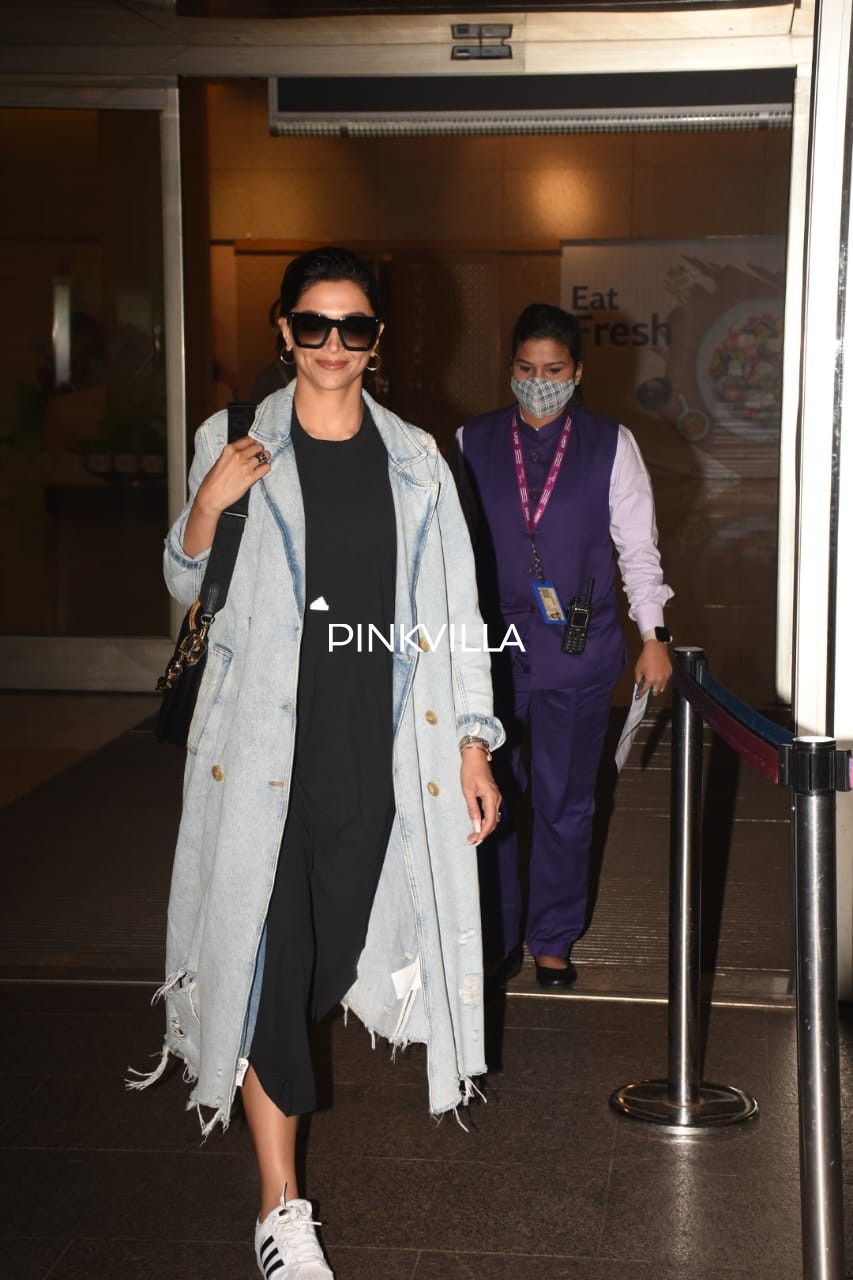 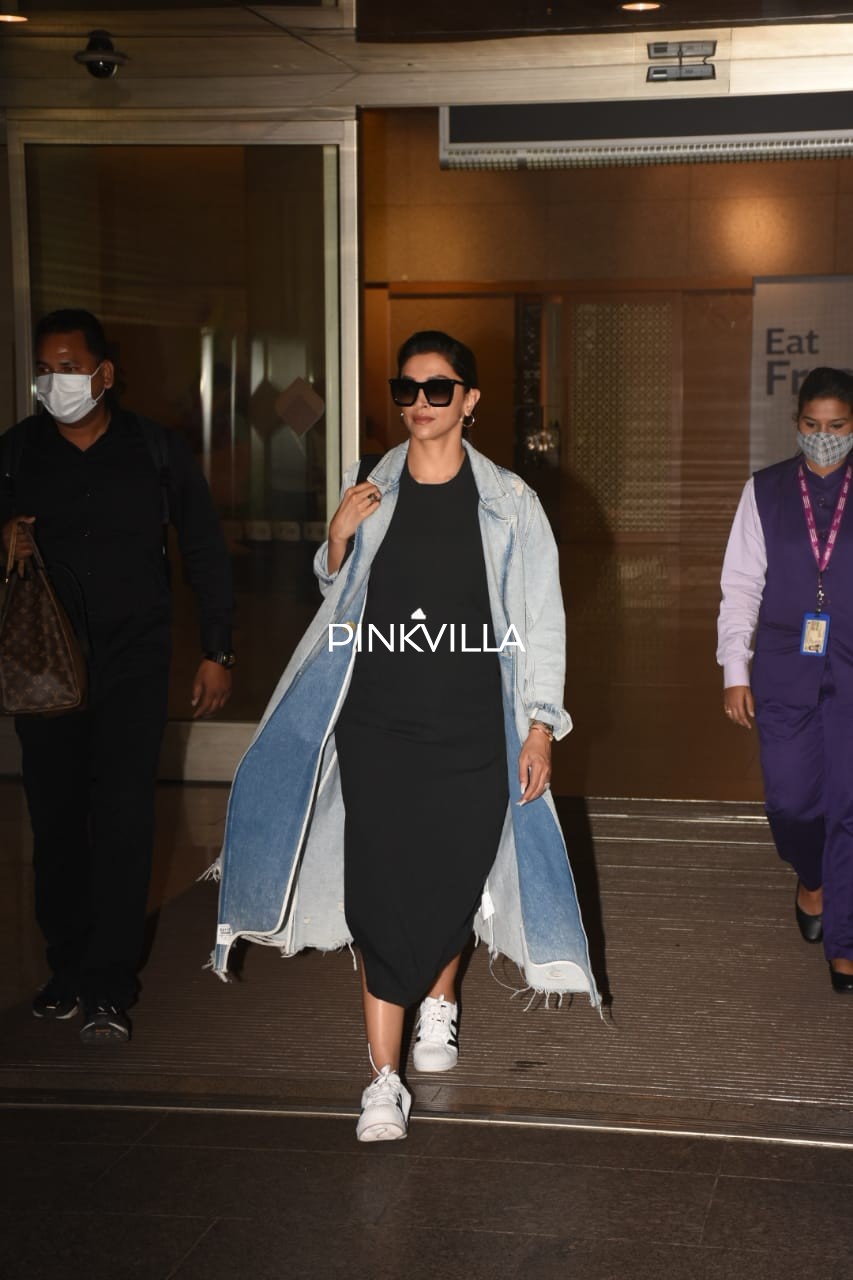 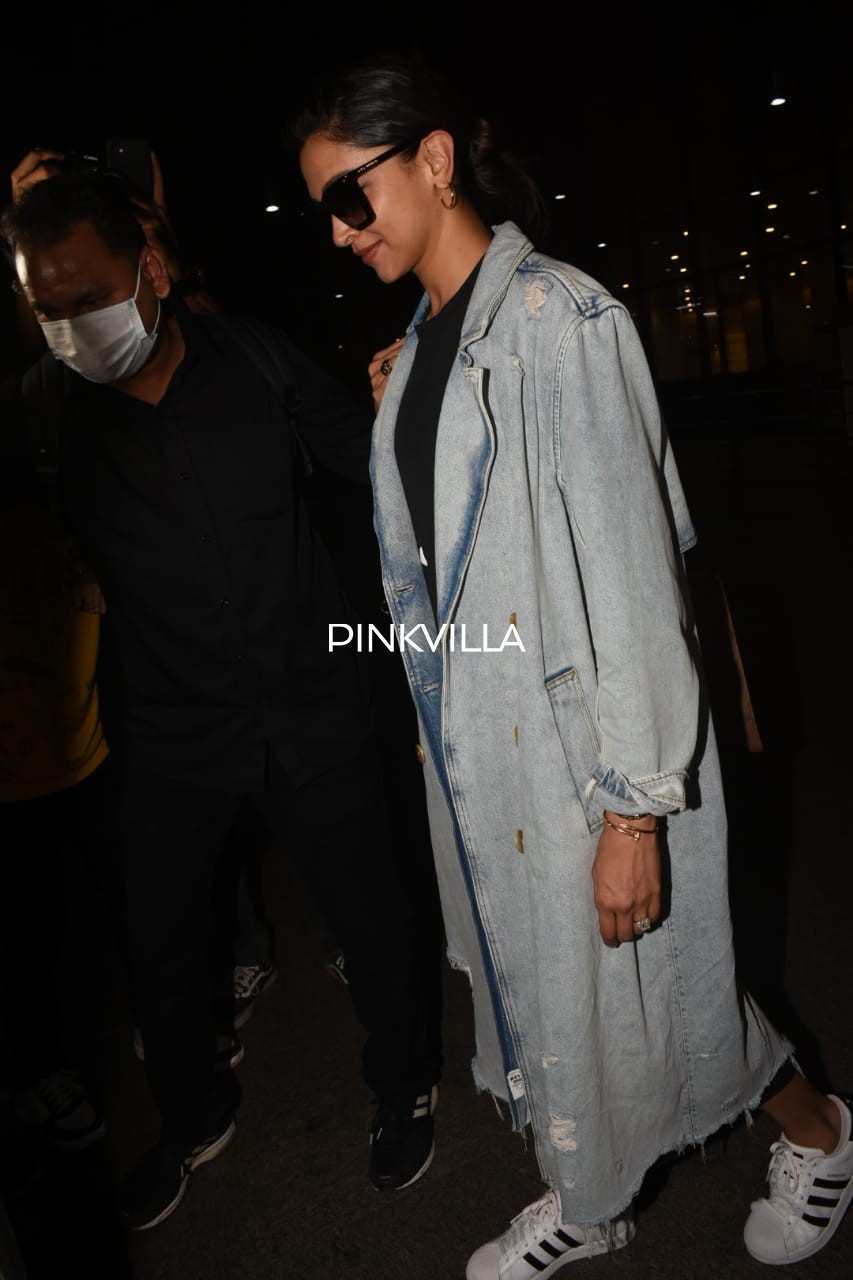 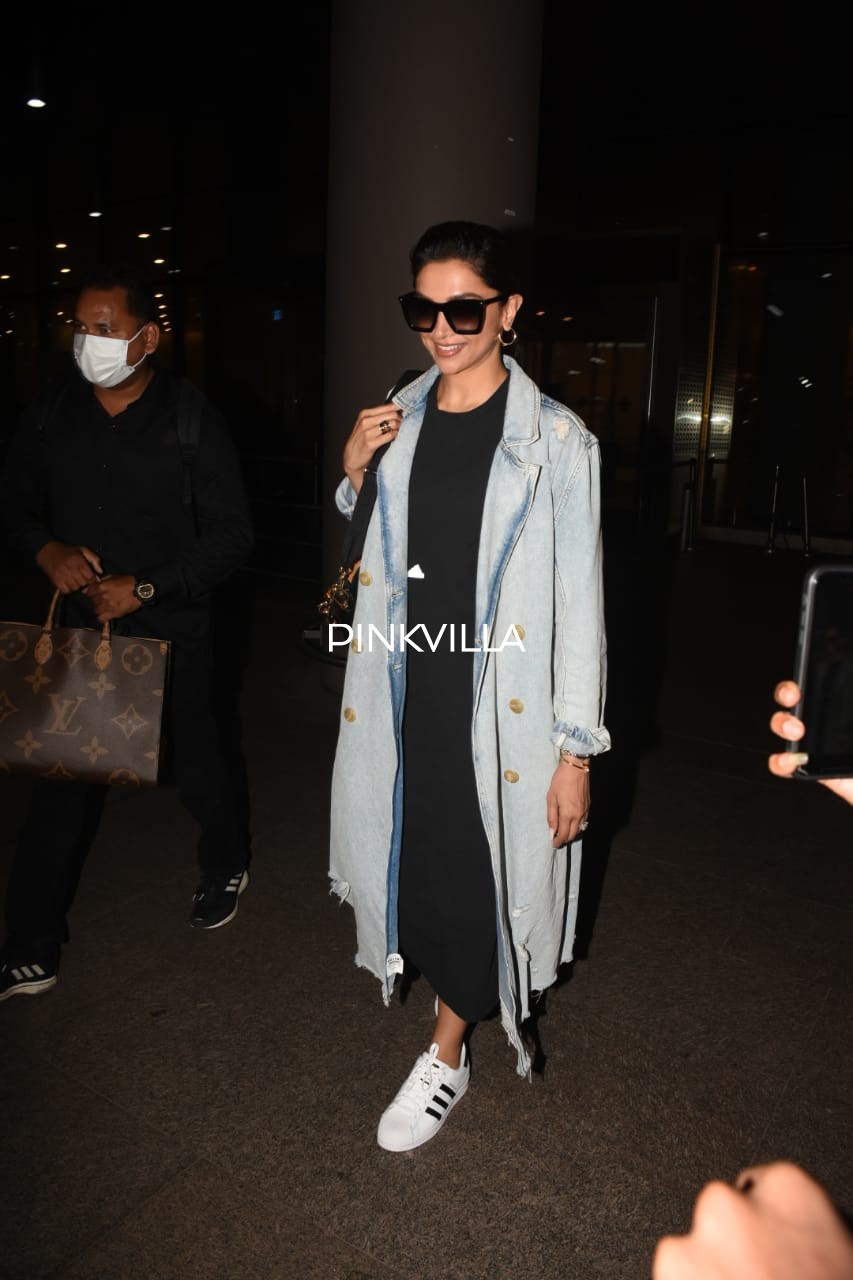 On the work front, Deepika was last seen in Shakun Batra’s Gehraiyaan. Next, the actress will be seen alongside Shah Rukh Khan and John Abraham in Sidharth Anand’s directorial Pathaan. The film marks her fourth venture with King Khan after Om Shanti Om, Chennai Express and Happy New Year. Deepika also has Fighter with Hrithik Roshan. She will also feature in Nag Ashwin’s Project K with Prabhas, and the remake of The Intern, where she will share screen space with Amitabh Bachchan.

Meanwhile, her striking cameo in Ayan Mukerji’s Brahmastra has stolen the limelight. Although her face was not clearly visible in the scenes, that was enough to make fans go gaga over the actress who will reportedly play the lead in Brahmastra’s sequel.