Doctor G Trailer: Bhumi Pednekar is impressed: ‘Ayushmann Khurrana is back with what he does best’ Doctor G Trailer: Bhumi Pednekar is impressed: ‘Ayushmann Khurrana is back with what he does best’

Bollywood actor Ayushmann Khurrana has carved a niche for himself in the film industry, owing to the offbeat genres, and unconventional characters that he has explored in most of his movies. The actor has exceptional acting skills, and he manages to shine in each and every role. Just recently, the trailer of his upcoming movie Doctor G was released by the makers, and it has left his fans impressed. The film also stars Rakul Preet Singh, and it revolves around a male gynecologist who tries to excel in a profession that is believed to be more suitable for women.

Ayushmann Khurrana shared the trailer of Doctor G on his Instagram handle, and wrote, “Gynaecology department ki har ek naari, padegi #DoctorG pe bhaari! #DoctorG will attend to you in theatres from 14th October 2022.” Soon after, Bollywood celebs such as Bhumi Pednekar, Vaani Kapoor, Huma Qureshi reacted to it and shared their views about the trailer. Ayushmann’s Dum Laga Ke Haisha and Bala co-star Bhumi Pednekar took to her Instagram stories, and praised the trailer. She also lauded the impressive cast of the movie, and wrote, “This looks insane guys... Ak is back with what he does best...What a cast. Can't wait to watch it.”

Meanwhile, Vaani Kapoor also shared the trailer on her Instagram story and wrote, “Looking forward to this one.” Huma Qureshi commented on Ayushmann’s pots and dropped high-five emojis, while Saif Ali Khan’s sister Saba Pataudi wrote, “You've done it again And everyone in the cast is simply the BEST! Eagerly awaited... Good luck!” 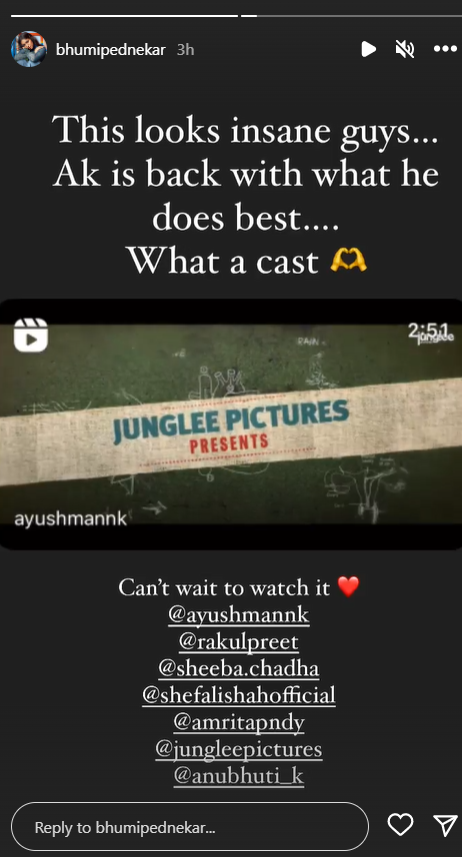 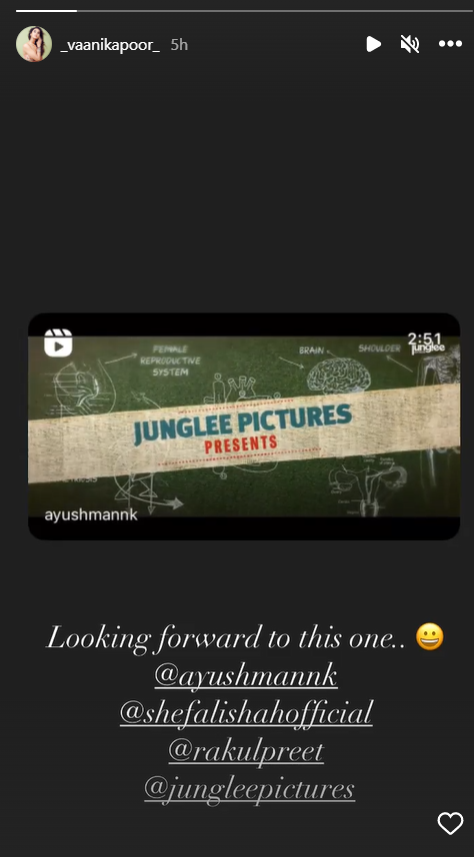 ALSO READ: Rakul Preet Singh on transforming into Dr Fatima for Doctor G: Amazing process which I will cherish forever