Fatima Sana Shaikh gives a glimpse of her vanity van, gears up for day 2 of Vicky Kaushal starrer Sam Bahadur

Fatima Sana Shaikh shares a video of her as she shoots for Sam Bahadur. Fatima Sana Shaikh gives a glimpse of her vanity van, gears up for day 2 of Vicky Kaushal starrer Sam Bahadur

Fatima Sana Shaikh is all young and fresh, all set to take over the world with her charisma and the choice of characters she will be playing in her upcoming movies. The actress was last seen in Modern Love Mumbai in one of the tales 'Raat Rani', where her performance was highly appreciated. Now the actress is all set for Sam Bahadur next to Vicky Kaushal in the lead. Ever since it has been announced that she will be a part of this film alongside Sanya Malhotra, fans have been eagerly waiting to see her in this new avatar.

Taking to her social media, Fatima shared a glimpse of how she is preparing for the role of Indira Gandhi, whom she will be playing in Sam Bahadur. While there is no doubt about her talent, Fatima shares a glimpse of how she is going all out to get into the skin of her character. She shared a picture of a book titled ‘Indira -The Life Of Indira Nehru Gandhi’. She writes “Such an interesting book on her life. Half way through.. would highly recommend it.” 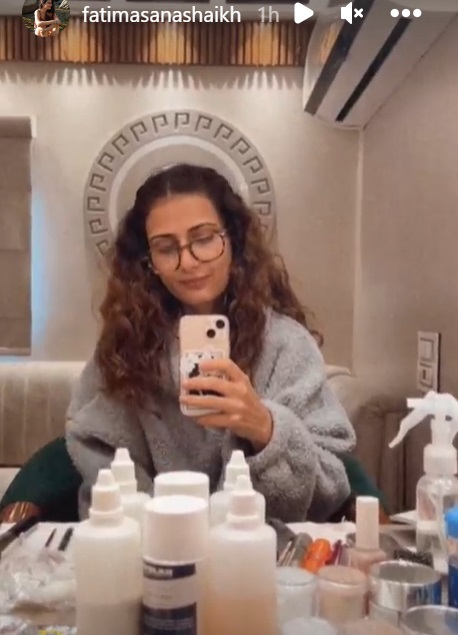 She also shared a BTS picture of herself sitting in front of the mirror from the sets of the highly anticipated film ‘Sam Bahadur’ and writes “And here we go #SamBahadur”. On the work front, Along with Sam Bahadur Fatima Sana Shaikh has an interesting lineup and she will also be seen in Dhak Dhak Directed and co-written by Tarun Dudeja, co-produced by Taapsee Pannu, Pranjal Khandhdiya and Ayush Maheshwari.