Rashmika Mandanna has emerged as one of the most popular and loved actresses in the Indian film industry in recent times. She is all set to make her Bollywood debut with her upcoming film Goodbye, where she will be sharing screen space with none other than Amitabh Bachchan. The film will be releasing theatrically on the 7th of October, and ahead of the big day, Rashmika has been keeping busy with promotions in the dream city of Mumbai. Amid this, she also celebrated Navratri in the city tonight, as she shared the stage with Dandiya queen Falguni Pathak. Check it out.

A few moments back, Rashmika took to the story feature on her Instagram stories and shared a photo where she can be seen standing on a stage alongside Falguni Pathak. The Dear Comrade actress looked absolutely pretty in a blue and pink indo-western outfit. A sea of people can be seen standing in the crowd behind them. Both Rashmika and Falguni smiled warmly at the camera as they posed for a picture and pointed towards the audience. Sharing the photo, Rashmika wrote, “an evening well spent in Mumbai with the Dandiya (queen) & my loves…Happy Navratri (red heart emoji) (flower emoji) @falgunipathak12.” 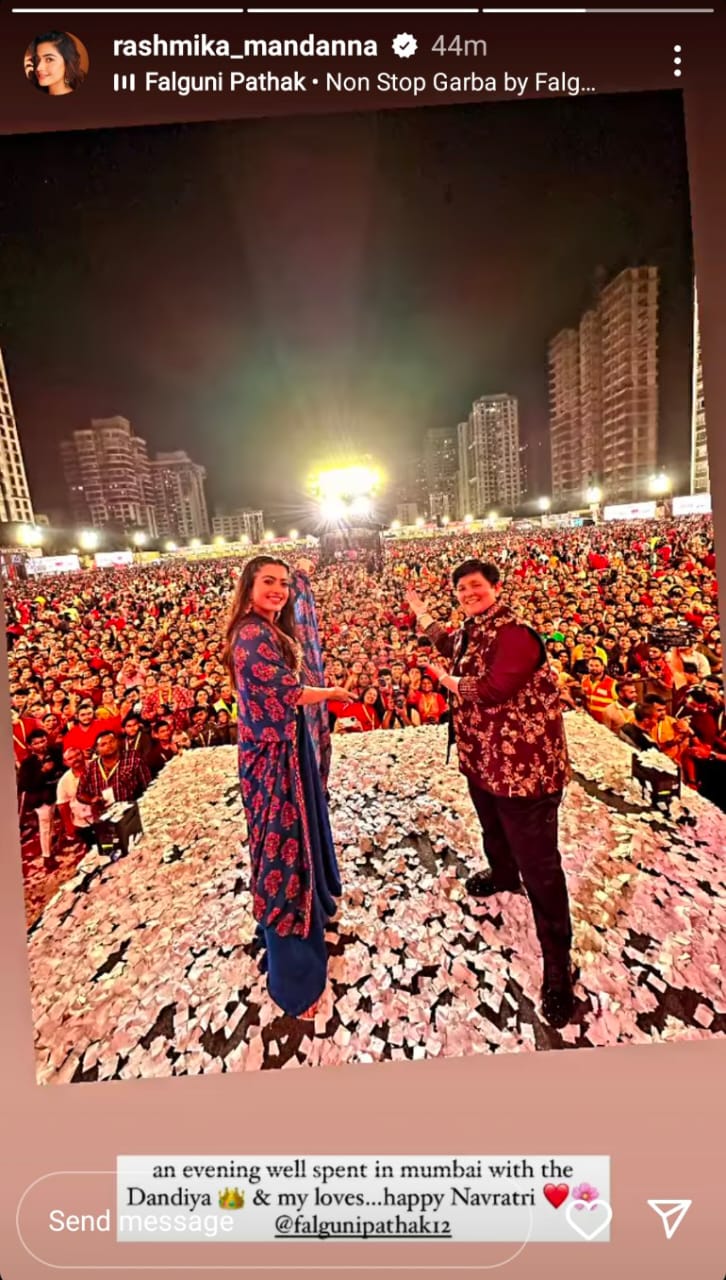 Talking about Goodbye, the trailer of the film was released a few days ago and it looks quite gripping. The family drama film has a heartwarming narrative and it showcases the ups and downs, chaos, drama, and love within every family. The film also stars Neena Gupta, Pavail Gulati, Elli AvrRam, Sunil Grover, Sahil Mehta, and Abhishek Khan in pivotal roles. Produced by Ektaa R Kapoor’s Balaji Motion Pictures in association with Good Co. Goodbye is all set for worldwide release in cinemas on 7th October 2022.