On his birthday today, we have a list of his TOP five pictures from Instagram that dish out major fitness goals. Aditya Roy Kapur is one of the most loved actors in Bollywood. He made his acting debut in the year 2009 in London Dreams which featured Ajay Devgn, Salman Khan and Asin in key roles. Back in 2013, Aditya wowed his female fans with his charm in Aashiqui 2 alongside Shraddha Kapoor. The actor won hearts with his classic performance as Rahul Jaykar. Even his chemistry with Shraddha became the talk of the town back then. He ended up setting up a massive fan base for himself after his stint in Aashiqui 2. Despite featuring in limited films, Aditya managed to make a place for himself in the industry. Films like Ok Jaanu, Yeh Jawaani Hai Deewani, Malang and Ludo are some of his most praised ones.

Apart from making his fans go gaga over his good looks and performances, Aditya has got them drooling over his ripped body. He is also one of the most fittest actors in town. Ever since the Action Replayy actor made his debut on Instagram in 2019, he has set the Internet on fire. He keeps posting his shirtless pictures on his handle and serving major thirst trap! On his birthday today, we have a list of his TOP five pictures from Instagram that dish out major fitness goals.

In this picture, Aditya is seen in a raw and rugged avatar. His intense look with the ripped body is definitely drool-worthy! The actor surely looks like a beast while he flaunts his sharp biceps.

Slowly and steadily, Aditya is upping his Instagram handle. He took to his handle and treated fans with a mirror selfie. His shirtless avatar caught the attention of his female fans. Soon after he posted the picture, the comments section was flooded with heart and fire emojis. He is seen sporting denim jeans and showing off his lean and fit body. His messy hair and stubble add extra drama to his look.

For a change, Aditya didn't share a shirtless picture but one from the gym. He showed what it takes to have a chiselled body that he has. He is seen sincerely working out to shed the extra calories and get a toned bod! Looking at his pose, fans were seen calling him 'Super man' in the gym.

Such view, much wow

Nothing, just Aditya flexing his washboard abs on a yacht. The birthday boy is seen chilling in his black shorts and enjoying the scenic view and blue waters on a sunny day. He is definitely soaring the temperatures on the 'Gram!

It looks like Aditya has mastered the art of taking mirror selfies. In this one too, he was seen flaunting his six-pack abs and lean physique. Sporting a monkey cap and black pants, he looks dapper. His picture is enough to make you go weak in the knees. 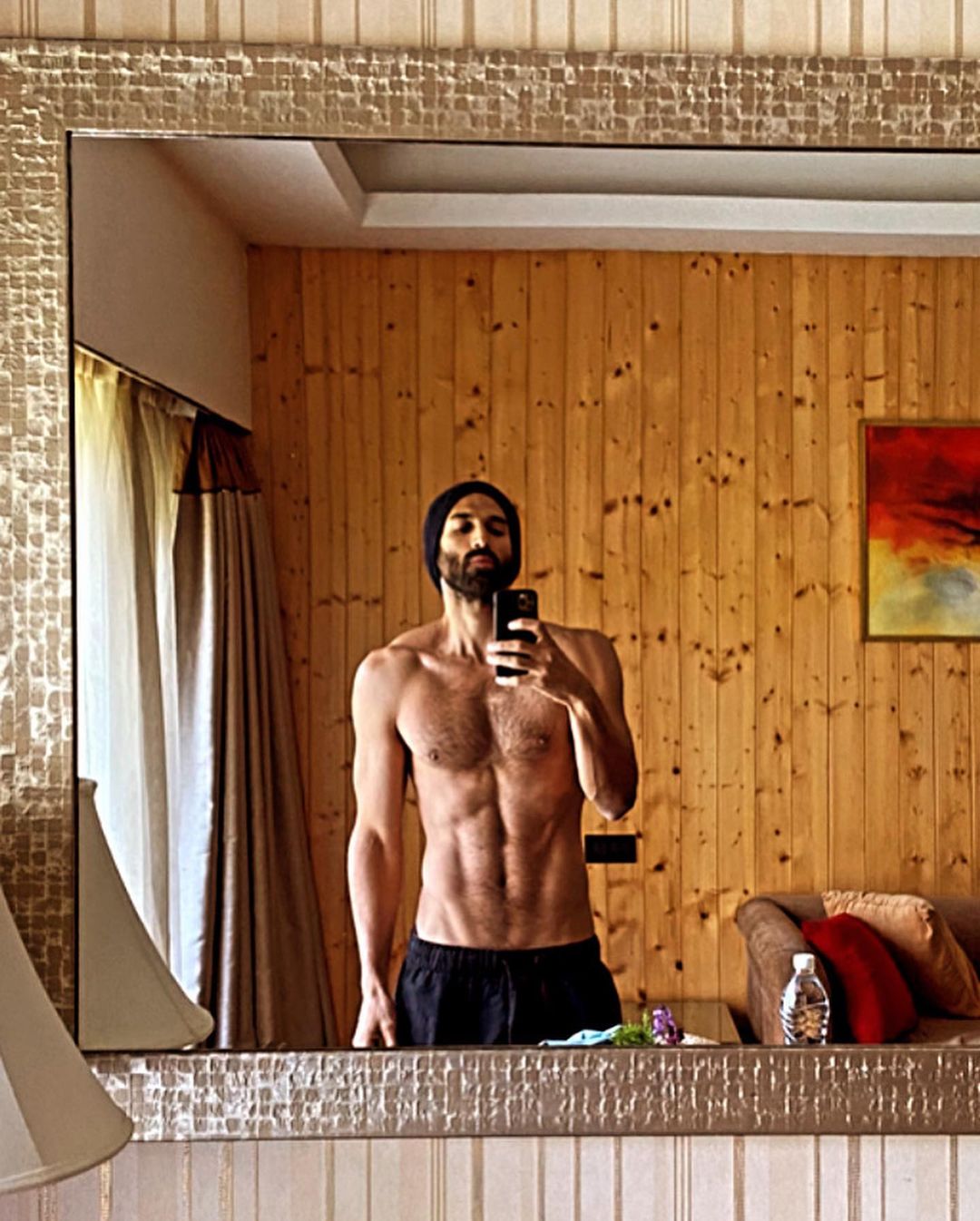 ALSO READ: Ananya Panday in Manish Malhotra's Black outfit twinning with Aditya Roy Kapur is the talk of the B-town

Shah Rukh Khan says 'thank you for putting me on t...

Shah Rukh Khan poses with a sea of fans from Manna...

Birthday girl Masaba Gupta is an absolute style in...