Varun Dhawan and Kriti Sanon starrer Bhediya is slated to release on November 25, 2022. Varun Dhawan and Kriti Sanon starrer Bhediya is one of the most-anticipated movies of the year. It is helmed by Amar Kaushik. The two actors have previously worked together in the 2015 film Dilwale which also starred Shah Rukh Khan and Kajol in the lead. It is the third installment in Dinesh Vijan's horror-comedy universe. Meanwhile, Bhediya is scheduled to release on 25 November 2022. Earlier today, the makers of the movie revealed that the trailer will be unveiled tomorrow.

Now ahead of the trailer launch, Kriti and Varun along with Amar and Dinesh were spotted in the city today for the promotion of the Bhediya. Just a while ago, the Heropanti actress joked that she has found a 'better' replacement for Varun Dhawan. Taking to her Instagram story, Kriti is heard asking Amar: "What are we waiting for, or rather who are we waiting for?" To which, the director says, "Varun. Aaya nahi abhi tak?" Kriti then points her camera to the wolf behind her in the poster and quips: "I am thinking this Bhediya is better, should we just use this?" The Raabta actress captioned the video, "@varundvn we found your replacement for #Bhediyapromotions." 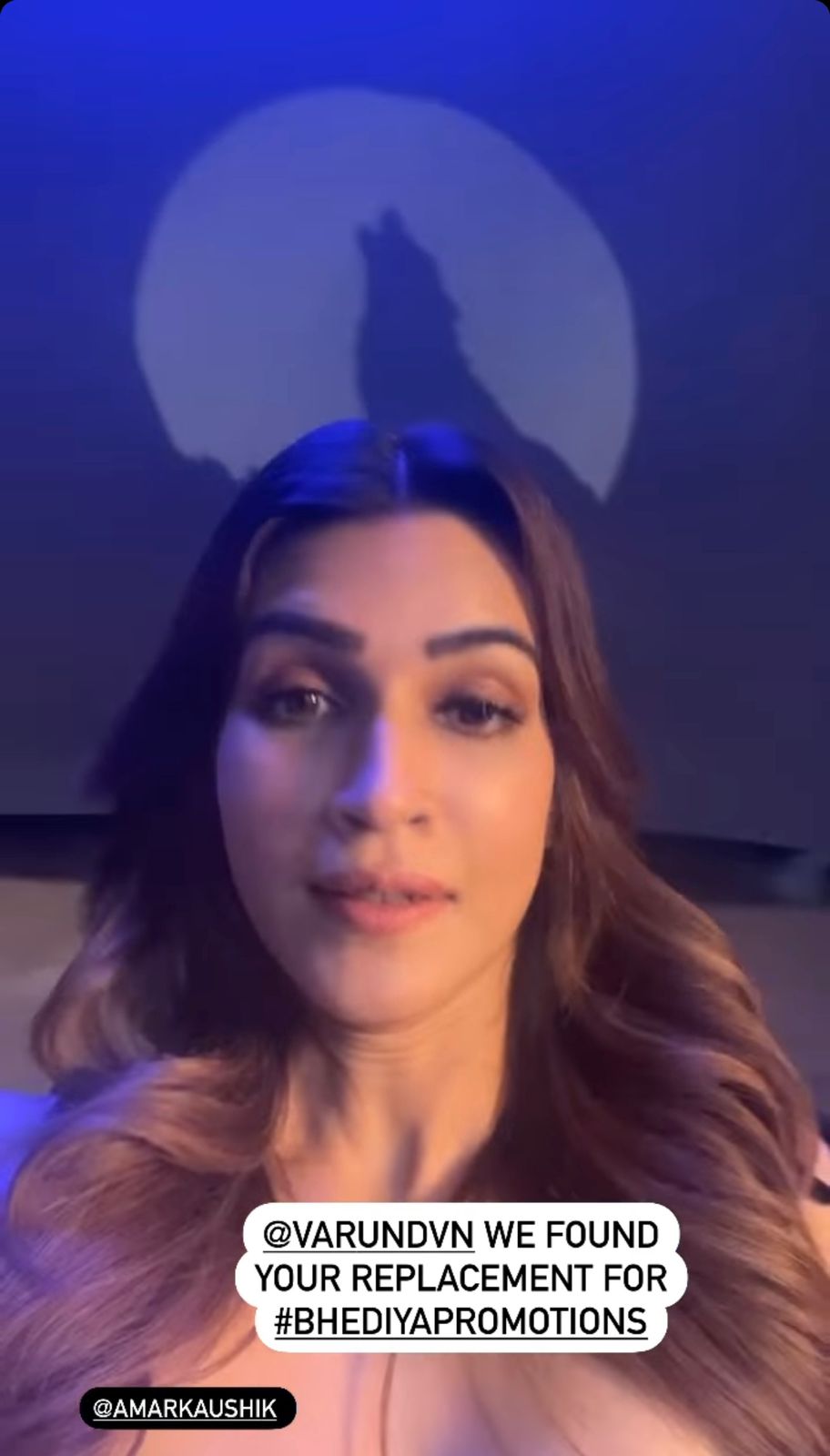 Apart from Kriti Sanon and Varun Dhawan, Abhishek Banerjee, and Deepak Dobriyal are a part of the movie. Bhediya has been shot in the picturesque location of Arunachal Pradesh and the second schedule was in Mumbai.

On the work front, the Mimi actress will feature next in Shehzada co-starring Kartik Aaryan, which is scheduled for theatrical release on 10 February 2023. It is the Hindi remake of the 2020 Telugu film Ala Vaikunthapurramuloo co-starring Allu Arjun in the lead. The Bareilly Ki Barfi actress also has Adipurush with Prabhas, Saif Ali Khan, and Sunny Singh, which is scheduled to release on 12 January 2023.