Hrithik Roshan spends a gala time with his fans at the song launch event of his upcoming movie Vikram Vedha. All eyes are on Vikram Vedha’s release as fans are excited to watch Hrithik Roshan and Saif Ali Khan’s face off on the silver screen. This film is an official Hindi remake of the Telugu film with the same name starring R Madhavan and Vijay Sethupathi. Both Saif and Hrithik are leaving no stones unturned to promote their film and today too the Greek God of Bollywood arrived at Mumbai’s Gaiety Galaxy theatre for the song launch of the film. During the event, the War actor shake a leg with his fans, signed autographs, clicked pictures and interacted with the media.

In the pictures that have come straight from the event, we can see Hrithik Roshan looked handsome in a blue shirt with white polka dots that he paired with beige coloured pants and wore over a white tee. The actor also wore a beige coloured cap and shoes. We can see Hrithik dancing with his fans on the stage. He even signed autographs for them and posed with them while striking the Vikram Vedha pose. The fans seem to go crazy spending their Saturday evening with their favourite star. 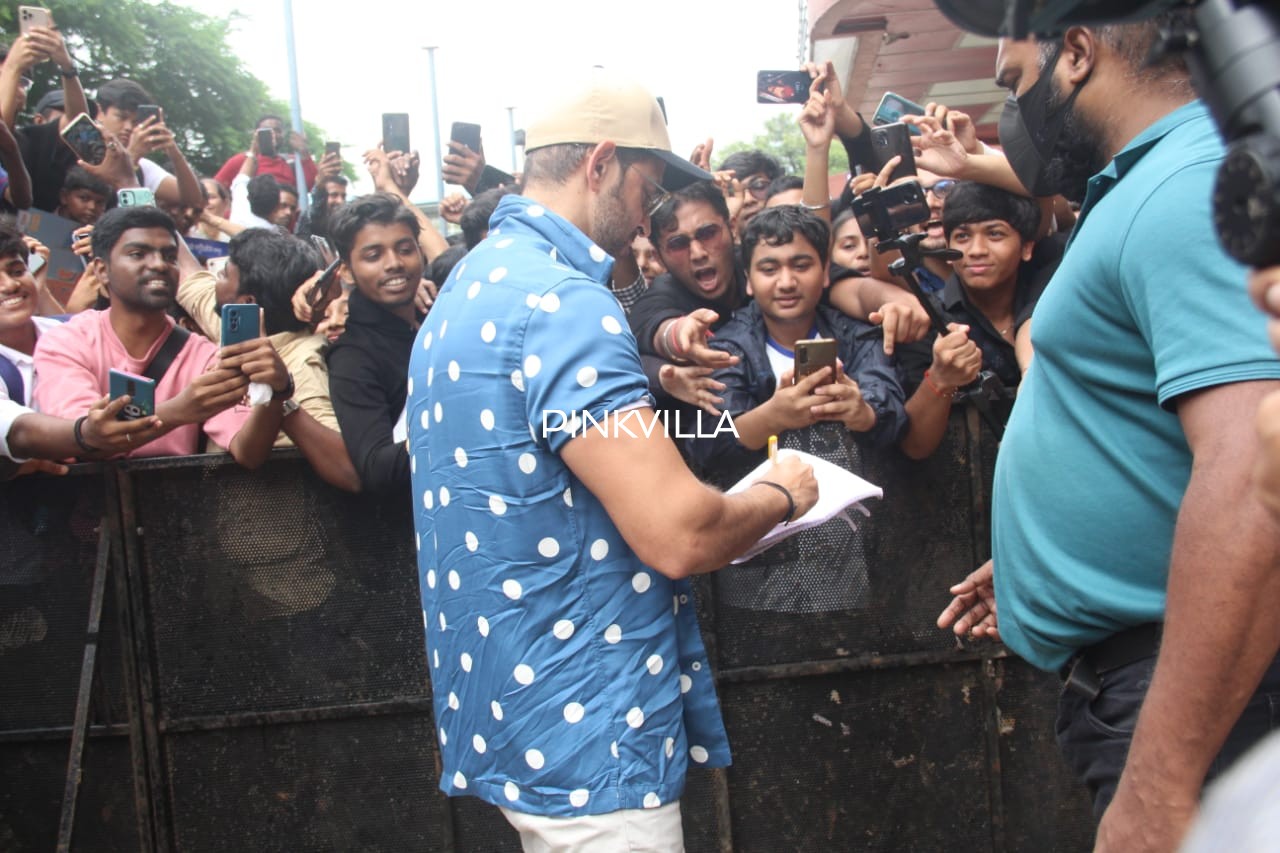 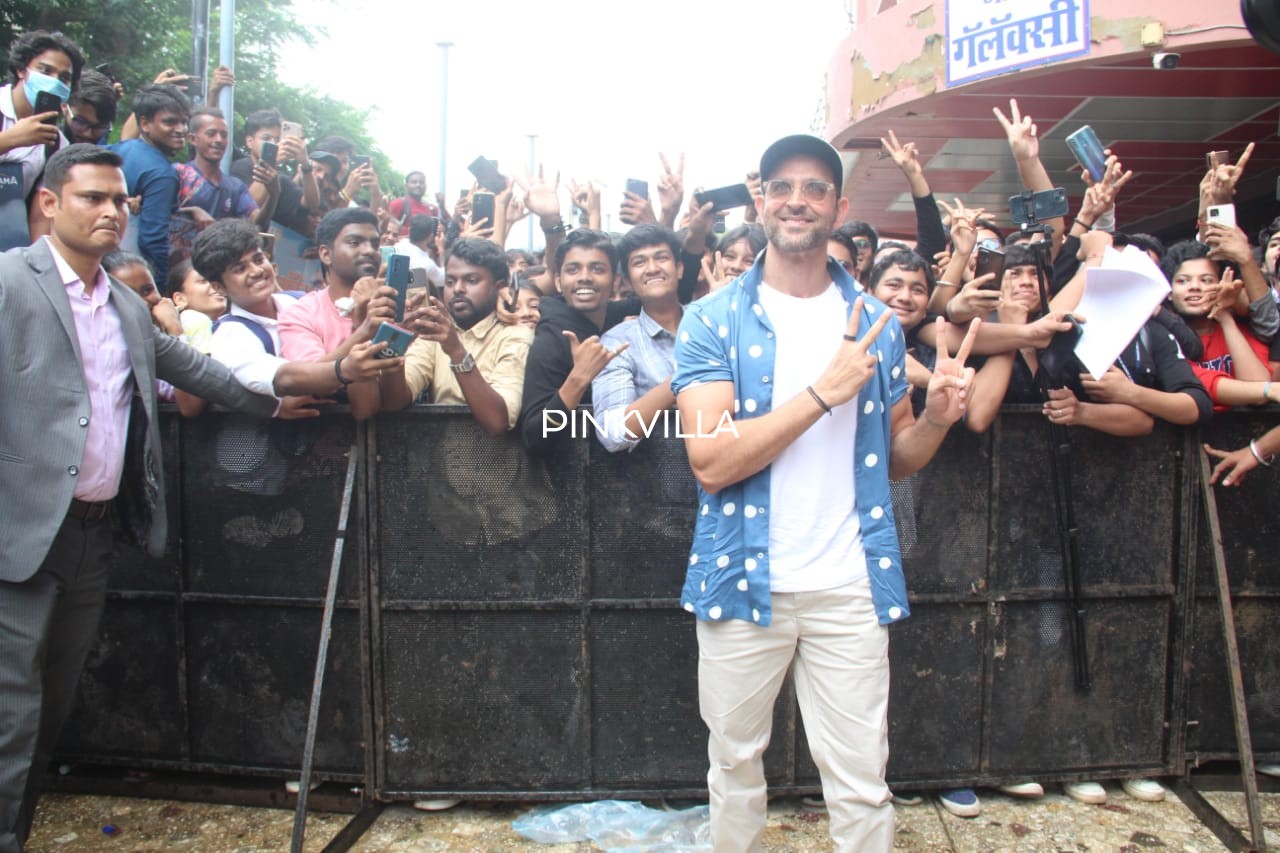 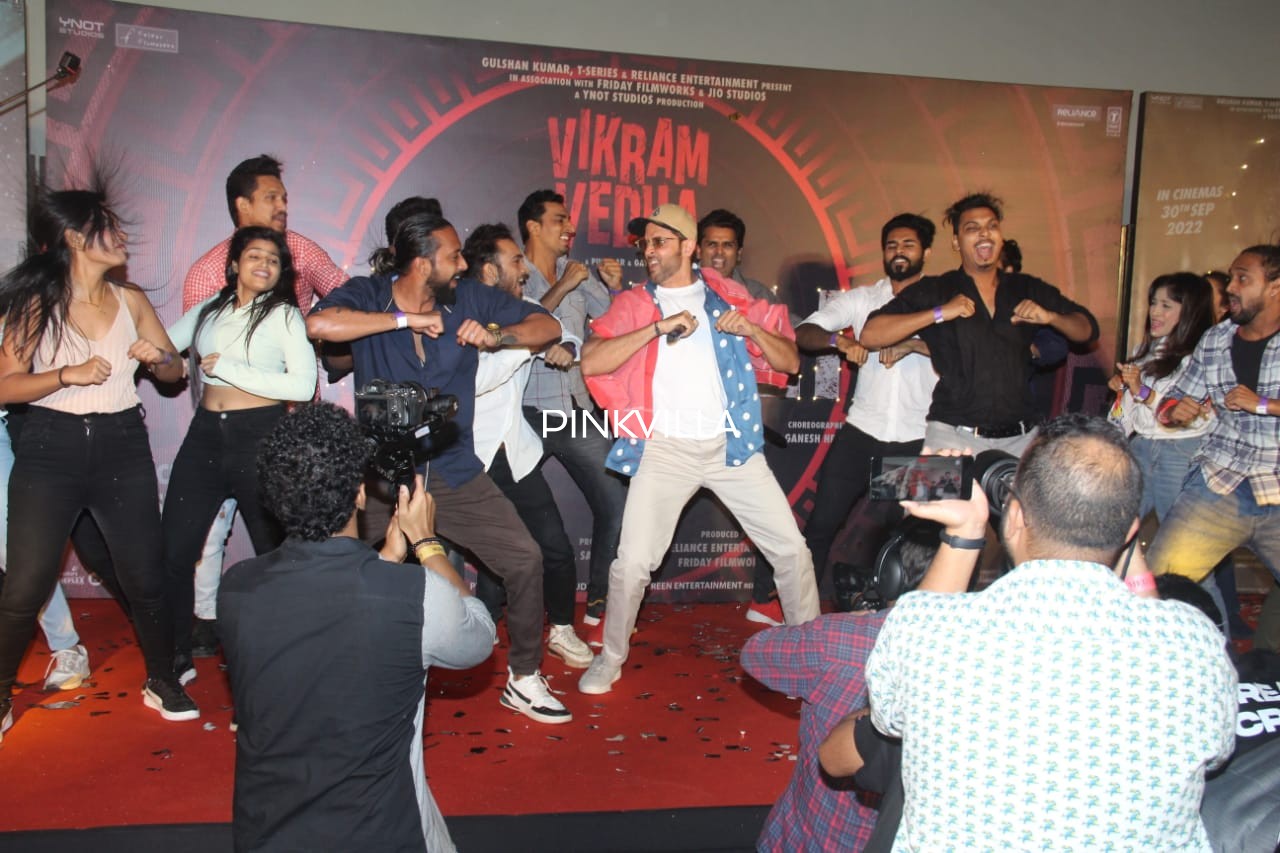 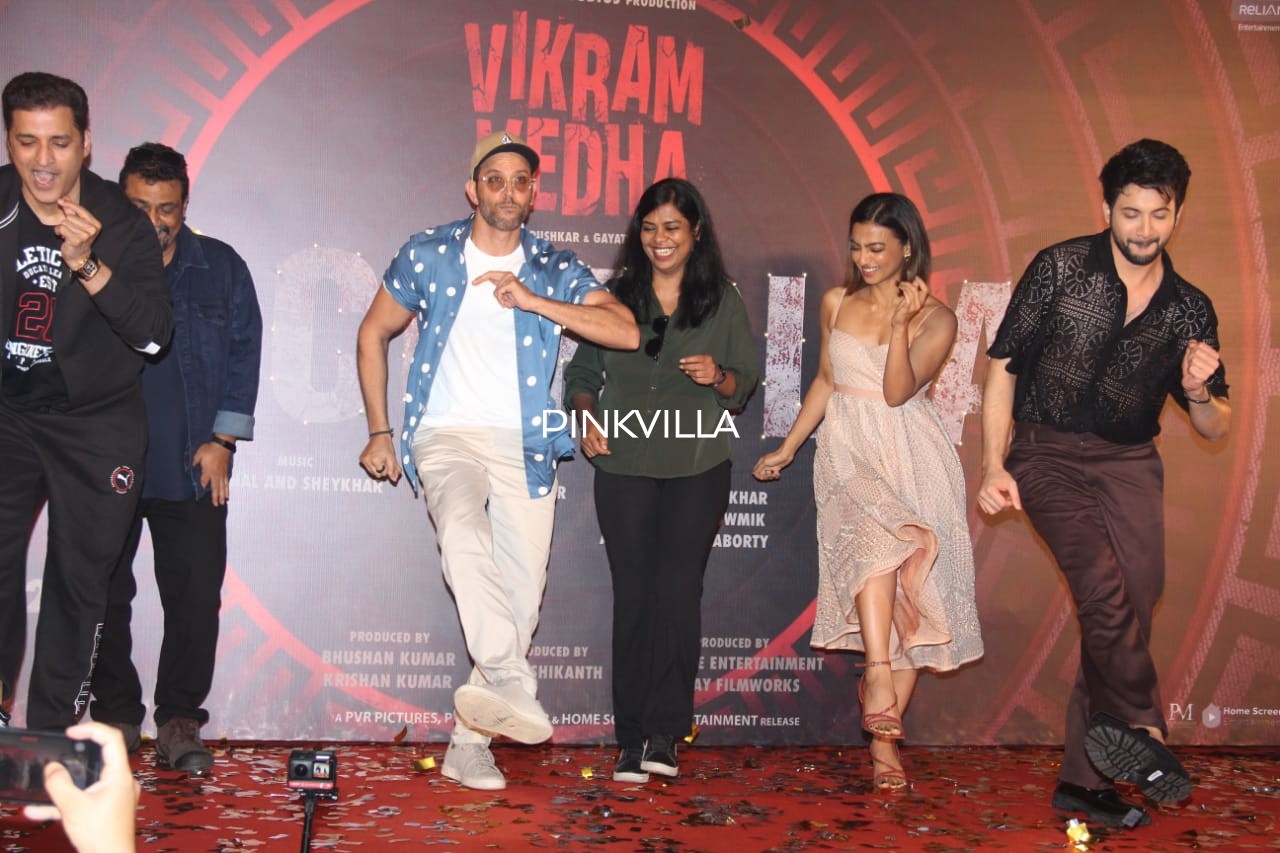 Meanwhile, the first song from Vikram Vedha titled, Alcoholia was released today and it is a fun and peppy number. We bet it will get you on the dance floor.

Vikram Vedha is an action-thriller written and directed by Pushkar-Gayatri. It is presented by Gulshan Kumar, T-Series and Reliance Entertainment in association with Friday Filmworks and Jio Studios and a YNOT Studios Production. Vikram Vedha will hit the big screens globally on 30th September 2022. Vikram Vedha: Hrithik Roshan shares how fans can b...