Ranbir Kapoor and Alia Bhatt starrer Brahmastra Part One- Shiva is the first installment of a trilogy, and it released in theatres on September 9. It has been 5 days since the release, and social media is already flooded with some mind-blowing and elaborate fan theories about the characters of the film, and the future of the franchise. While of course, no one knows whether these theories have any truth behind them, they make for an interesting read and will make you rethink. Warning: There are certain SPOILERS ahead, so don’t keep scrolling if you haven’t watched the movie already.

In the movie, Ranbir Kapoor plays the role of a common man named Shiva, while Alia Bhatt plays his love interest Isha. However, netizens aren’t convinced that’s all her role is limited to. A lot of fans suspect that there may be more to Isha’s character than meets the eye. Some eagle-eyed fans noticed Isha wearing a similar metal ring that Dev had worn, thus claiming that Isha may be the real villain, and may have a game plan of her own. That’s not all! There are also several theories about how Amitabh Bachchan’s character Guruji may be the main villain, and that Shah Rukh Khan’s character Mohan may be alive!

One Reddit user wrote, “My theory will be Guru is the main villain. Dev might be an anti hero of sorts. It can be the reason why Amrita never returned,” while another Twitter user wrote, “SRK manages to break Junoon's spell even after the Vanarastra was taken from him. This shows that he is possibly naturally divine and he has other powers too. Therefore, there are high chances he managed to survive the fall from the balcony too.” Check out some of the fan theories below. 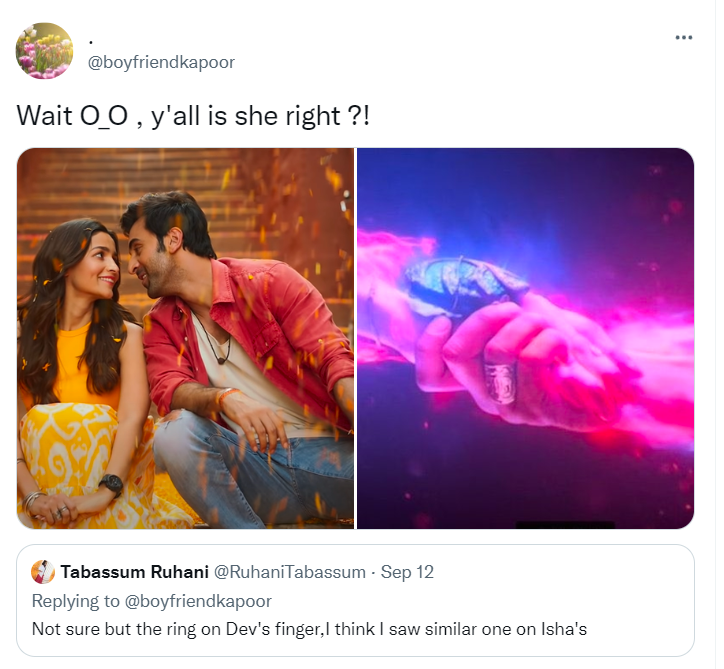 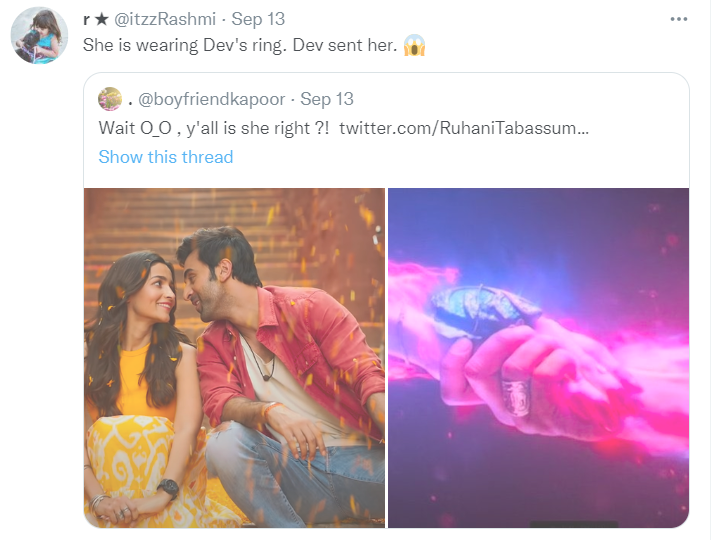 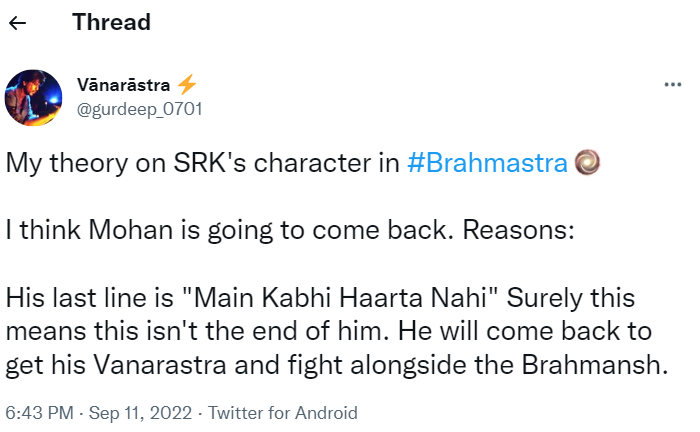 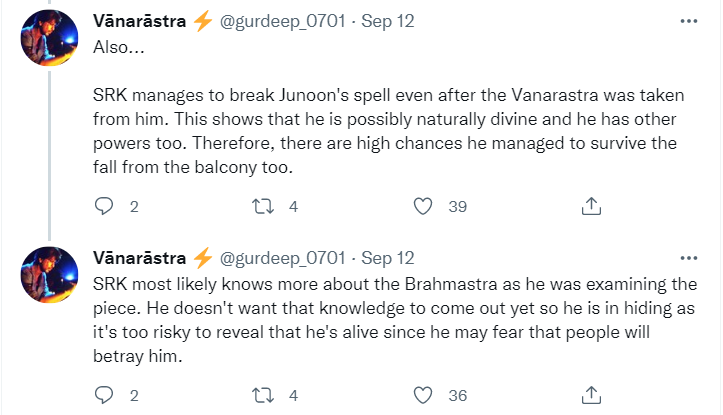 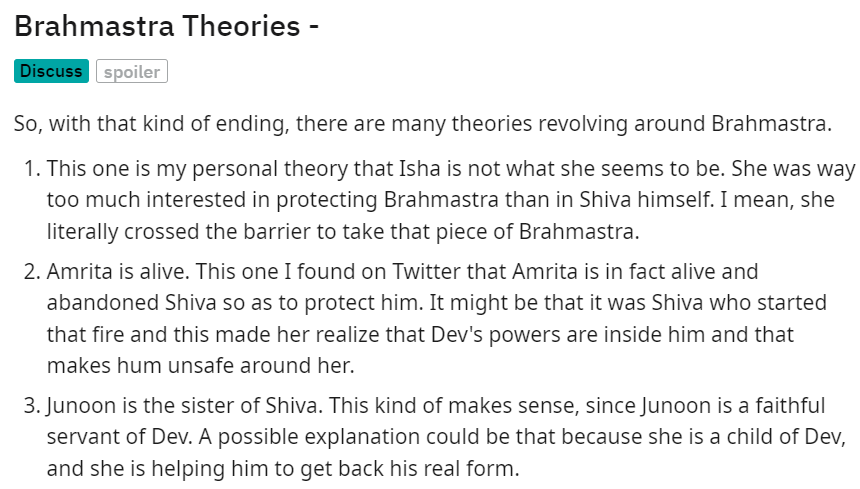