Janhvi Kapoor is one of the most popular actors among the newbies in the tinsel town of Bollywood. She made her debut in the 2018 film Dhadak, where she shared screen space with Ishaan Khatter. Ever since then there has been no looking back for her. Although Janhvi is only a few films old, she has made her space in the big and glamorous world of showbiz. Apart from showcasing her acting potential in films, Janhvi also keeps her fans entertained on social media, where she often shares glimpses of her personal and professional lives. Speaking of which, earlier yesterday, Janhvi shared a new selfie on her social media space. Check it out.

Yesterday, Janhvi took to the story feature on her Instagram space and shared a new selfie as she sat inside a car. In the photo, Janhvi can be seen donning a white salwar kameez. Her hair was left open and she sported a minimal and dewy makeup look. The Gunjan Saxena actress accessorized the look with a pair of dainty silver earrings. She smiled at the camera as she clicked the selfie. Sharing the photo, she captioned it, “Sweet angel energy (for today)”. 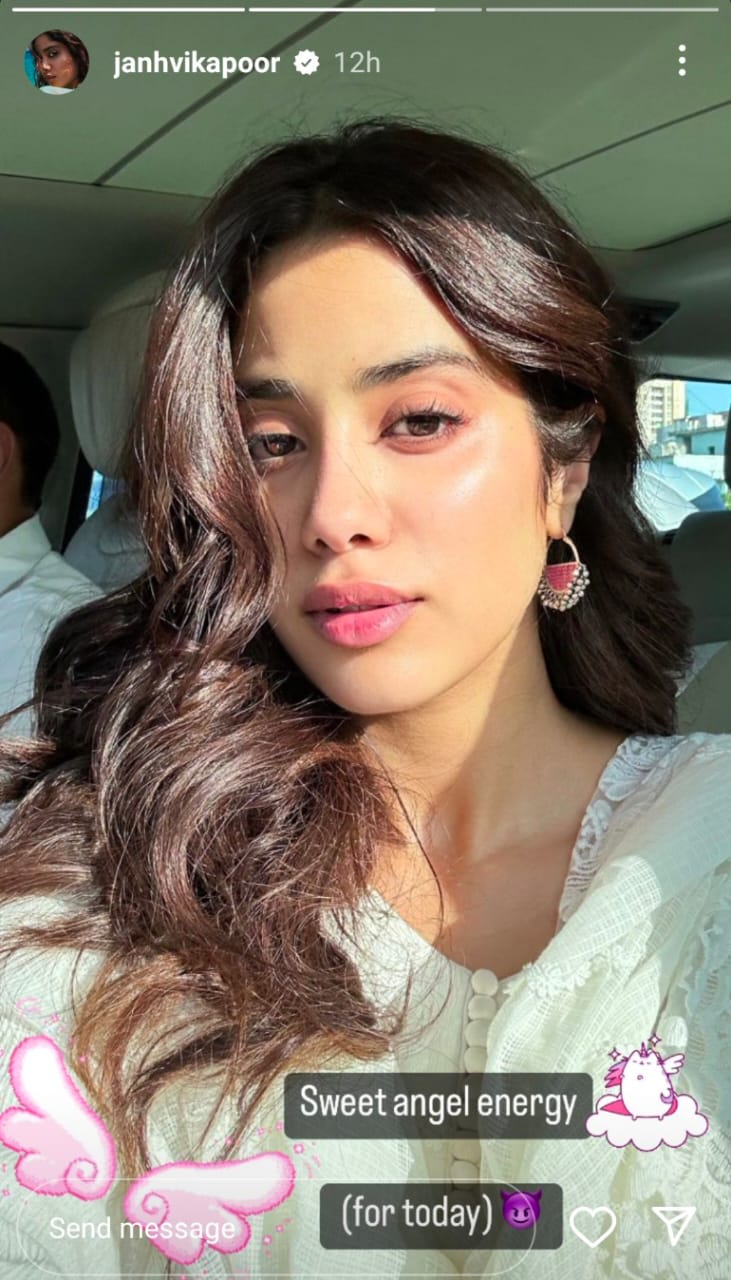 Janhvi Kapoor was last seen in GoodLuck Jerry alongside Deepak Dobriyal, Mita Vashisht, Neeraj Sood, and Sushant Singh. She is currently prepping for her next film- Mr & Mrs Mahi, which also stars Rajkummar Rao in the lead. Earlier yesterday, the actress dropped pictures on her social media space and informed fans and followers that she is set to jet off for Mr & Mrs Mahi's outdoor shoot. Janhvi Kapoor captioned the post: "happy Monday. wish me luck for my #MrandMrsMahi outdoor!!"

Apart from this, Janhvi will star in the thriller film Mili opposite Sunny Kaushal and Manoj Pahwa, which is a remake of the Malayalam film, Helen, produced by Boney Kapoor. The actress also has Bawaal with Varun Dhawan. It is helmed by National Award-winning filmmaker Nitesh Tiwari, who is best known for his 2019 released movie, Chhichhore.