Janhvi Kapoor is currently prepping for her next film- Mr & Mrs Mahi, which also stars Rajkummar Rao in the lead. Recently, the Roohi actress informed fans and followers that she is set to jet off for Mr & Mrs Mahi's outdoor shoot. On Tuesday, the Kapoor family is celebrating Nirmal Kapoor's birthday, however, Janhvi had to miss the family celebrations due to her work commitments. It was graced by Anil Kapoor, Khushi Kapoor, Sanjay Kapoor, Boney Kapoor, Maheep Kapoor, Rhea Kapoor, Karan Boolani, Khushi Kapoor, Shanaya Kapoor, Jahaan Kapoor, and others. 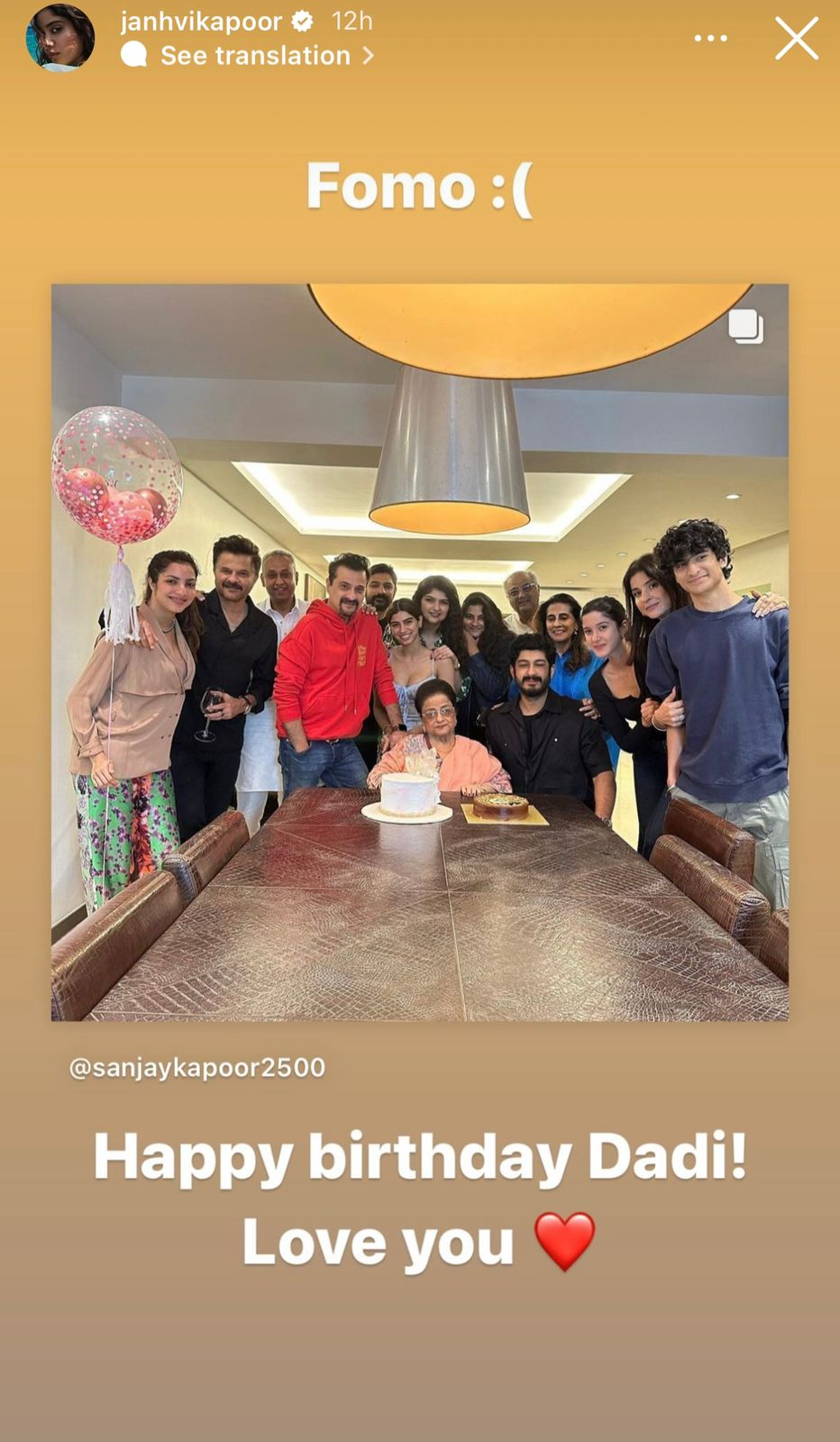 Meanwhile, talking about Mr & Mrs Mahi it is directed by Sharan Sharma, who also helmed Janhvi's Gunjan Saxena: The Kargil Girl and it will be produced by Karan Johar's Dharma Productions.  In it, the actress will play the role of Mahima, while Rajkummar plays a character named Mahendra. The movie marks Janhvi and Rajkummar's second on-screen collaboration after their horror-comedy film, Roohi, which also featured Varun Sharma in the lead.

Apart from this, Janhvi will star in the thriller film Mili opposite Sunny Kaushal and Manoj Pahwa, which is a remake of the Malayalam film, Helen, produced by Boney Kapoor. The actress also has Bawaal with Varun Dhawan. It is helmed by National Award-winning filmmaker Nitesh Tiwari, who is best known for his 2019 released movie, Chhichhore.