Janhvi Kapoor gets snapped in the city post her pilates session. Janhvi Kapoor is one of the most beautiful actresses from the current generation. Paparazzi never miss a chance to click her whenever she steps out of her house. She is one actress who makes sure to hit the gym almost every day and set fitness goals. Janhvi often shares pictures and videos from the gym to motivate her fans to hit the gym too. Today as the Navratri festivities begin, Janhvi could be seen in a festive mood as she was snapped in a white traditional outfit post her pilates session.

In the pictures, we can see Janhvi Kapoor wearing a white coloured salwar kameez. For the unversed, there is a colour code followed on the 9 days of Navratri, which people follow in their attires. The GoodLuck Jerry actress made sure to follow the colour code for the first day, which is white. She looked radiant and glowed post her workout session. The actress left her hair open, paired her outfit with a white jooti and waved and smiled at the paparazzi. 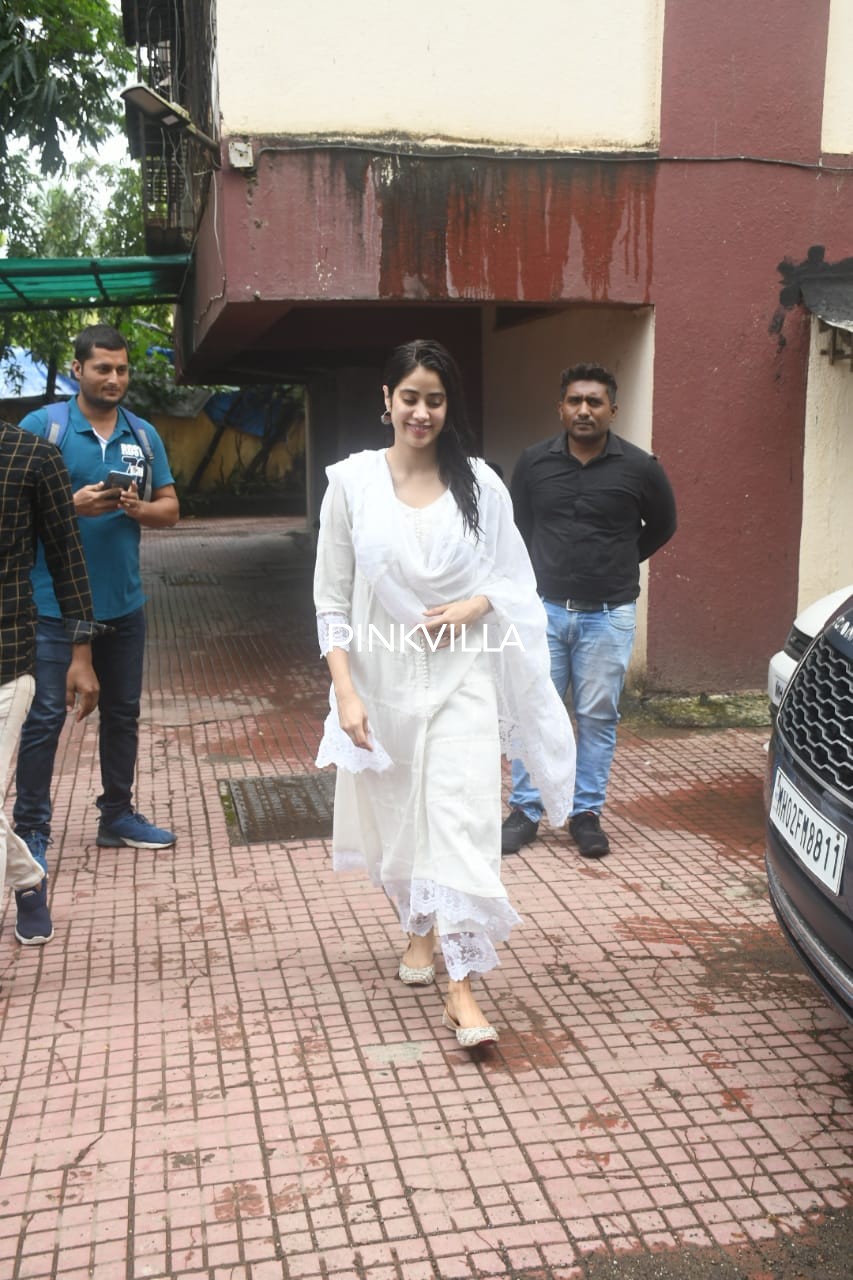 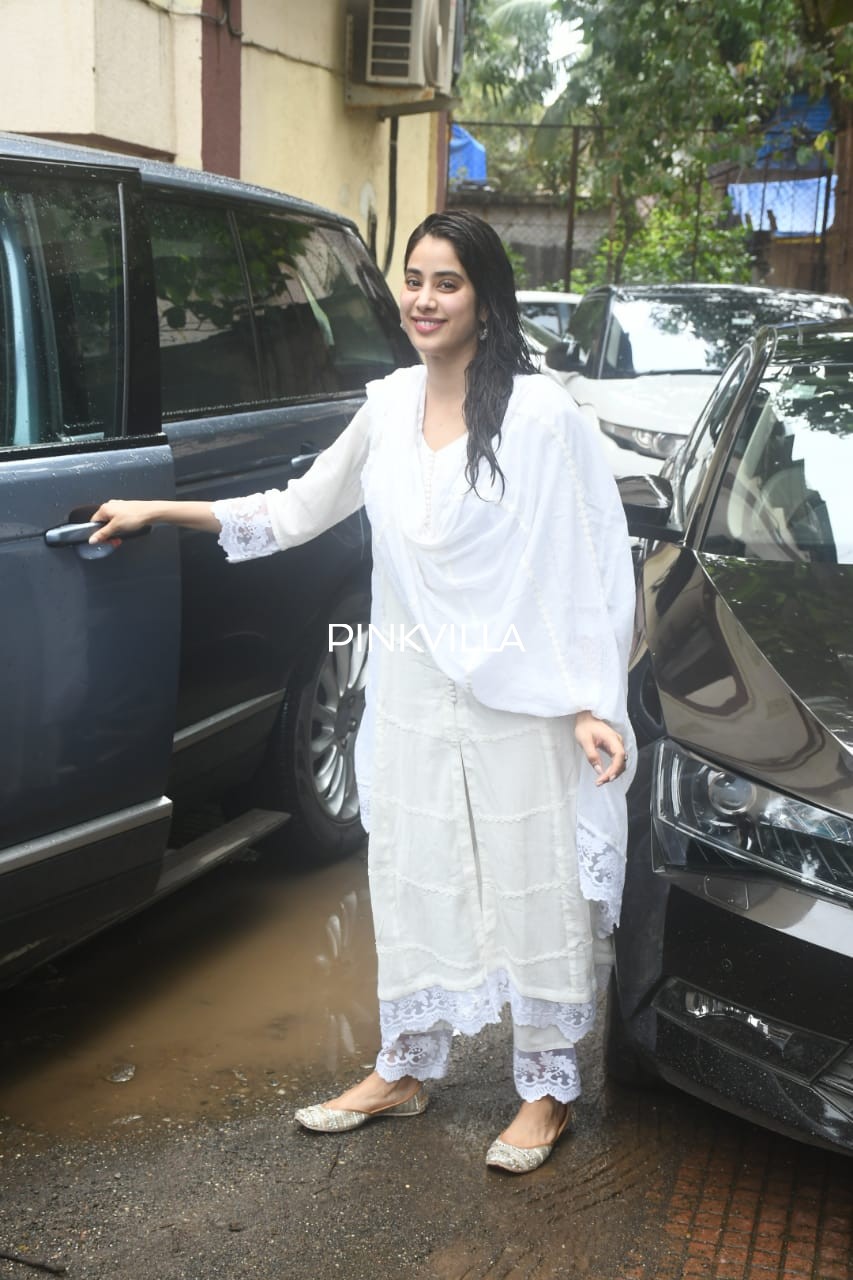 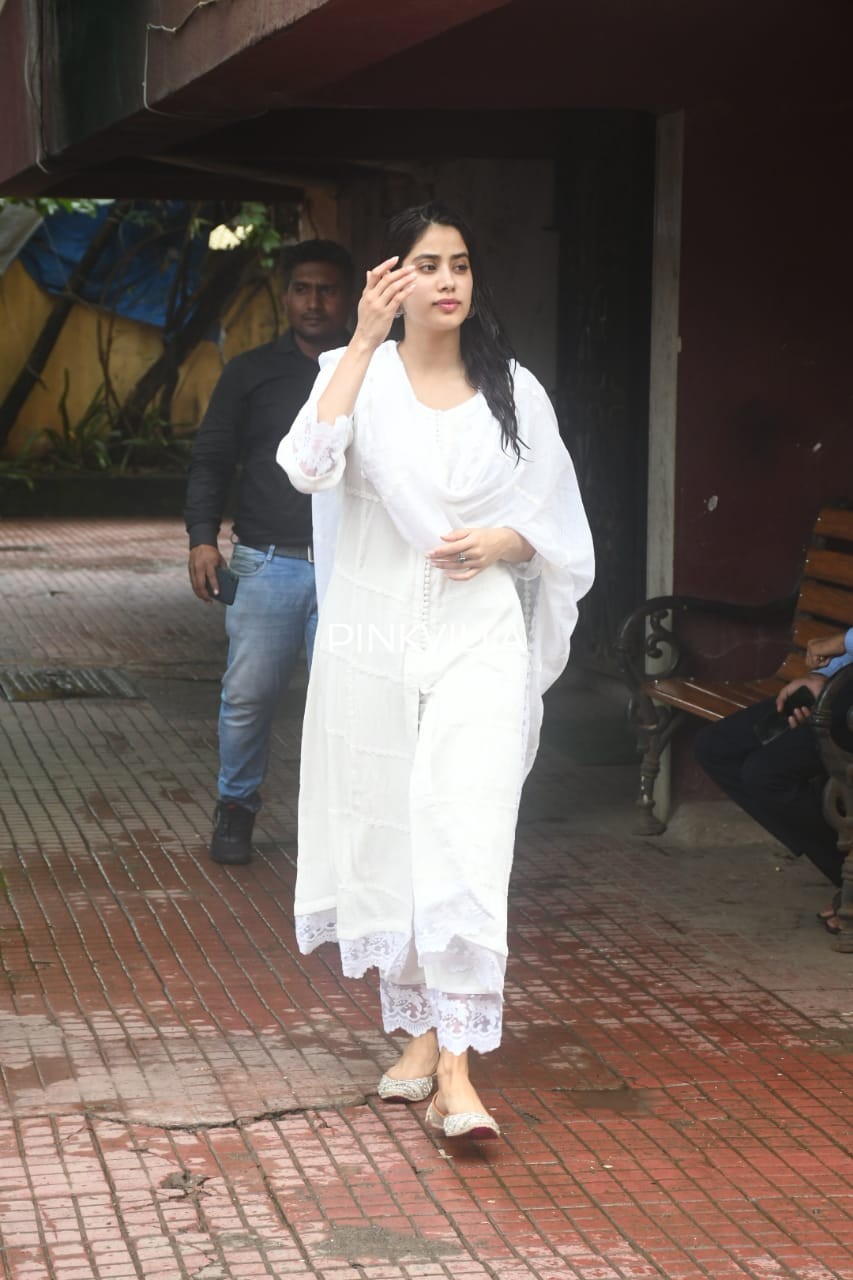 Janhvi Kapoor was last seen in ‘Good Luck Jerry’, which is the Hindi adaptation of the 2018 Tamil comedy-crime film Kolamavu Kokila, featuring Nayanthara. She has reunited with Rajkummar Rao after Roohi, for ‘Mr And Mrs Mahi’, which is a romantic film with cricket as its backdrop. She will then star in ‘Mili’ opposite Sunny Kaushal, a remake of the Malayalam film, ‘Helen’, and it is produced by her father Boney Kapoor. For the unversed, she also has Bawaal with Varun Dhawan. It marks the first collaboration between Dhawan and Kapoor. To note, Bawaal is scheduled to hit the screens next year on April 7.

ALSO READ: Janhvi Kapoor looks stunning in red and white t-shirt as she shares BTS PIC from the sets of Bawaal