Janhvi Kapoor shares a BTS picture from the sets of Bawaal, featuring her, on Instagram stories (Credit: rivieralynn Instagram)

Janhvi Kapoor is one of the leading actresses in Bollywood and watching her is always a delight as she never fails to amaze her fans with her gorgeous pictures and videos. Whenever she makes a public appearance, she makes heads turn with her dazzling avatars. Kapoor marked her debut with Shashank Khaitan's 2018 film ‘Dhadak’ with Ishaan Khatter and has not looked back ever since. Meanwhile, the Ghost Stories actress on Saturday, the 24th of September, shared an unseen throwback picture on her Instagram stories, leaving her fans impressed.

Janhvi Kapoor reshared a throwback post on her Instagram story which read, "#bawaal days with the crew. Missing this lot and Europe". In the photo, she was wearing a beautiful full-sleeved, white and red t-shirt, with white shorts. The actress kept her hair open for the photo. The photo was clicked outdoors, with a beautiful backdrop of lush green grass and clear skies. Also based on the photo, one can make out that she was posing on the bonnet of a vintage car. The photo was apparently clicked n Warsaw, Poland, where Bawaal was shot. Another photo in the post also had Varun Dhawan, post on the bonnet of the same car that Janhvi did.

Have a look at the Janhvi Kapoor's Instagram story: 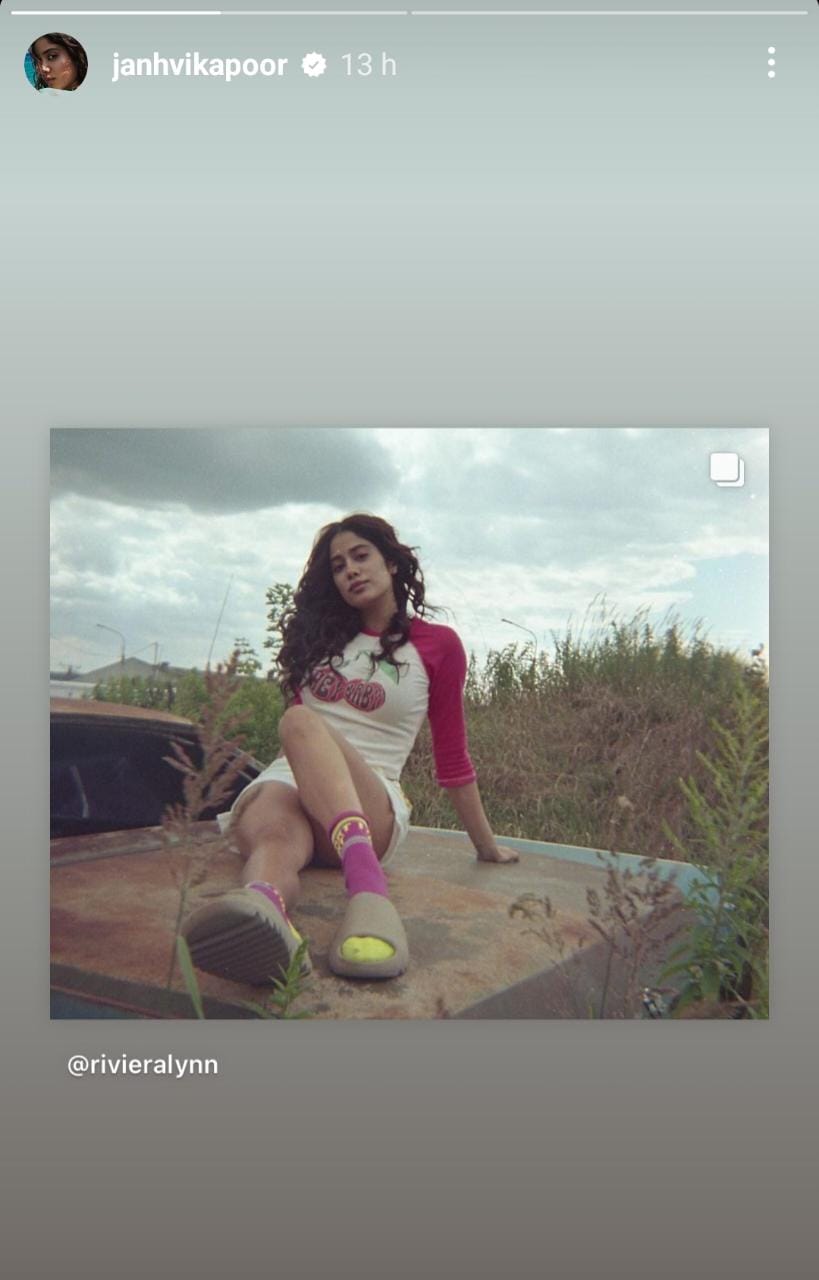 The 25-year-old actress was last seen in ‘Good Luck Jerry’, which is the Hindi adaptation of the 2018 Tamil comedy-crime film Kolamavu Kokila, featuring Nayanthara. She has reunited with Rajkummar Rao after Roohi, for ‘Mr And Mrs Mahi’, which is a romantic film with cricket as its backdrop. She will then star in ‘Mili’ opposite Sunny Kaushal, a remake of the Malayalam film, ‘Helen’, and it is produced by her father Boney Kapoor. For the unversed, she also has Bawaal with Varun Dhawan. It marks the first collaboration between Dhawan and Kapoor. To note, Bawaal is scheduled to hit the screens next year on April 7.