Janhvi Kapoor shared an unseen picture with Sunny Kaushal on his birthday. Sunny Kaushal, who was last seen in Shiddat, opposite Radhika Madan is celebrating his birthday today. He made his acting debut in the comedy-drama Sunshine Music Tours and Travels (2016). Later, Sunny went on to play supporting roles in the sports drama biopic Gold which also starred Akshay Kumar and Mouni Roy in the lead. The actor is currently gearing up for the release of his much-anticipated film, Milli, co-starring Janhvi Kapoor and Manoj Pahwa in key roles. It is a remake of his own Malayalam film Helen (2019)

Now, on Sunny's birthday, his co-star Janhvi Kapoor took to her Instagram story and shared an unseen picture with him. The Ghost Stories captioned it: "Happy birthday @sunsunnykhez always be this amazing person that you are bringing a smile on everyone's face and helping them build sand castles. I hope you have the bestestest year ahead." Meanwhile, the thriller film is directed by Mathukutty Xavier and produced by Boney Kapoor. In it, Manoj Pahwa plays the role of Mili's father and Sunny will portray Milli's boyfriend. 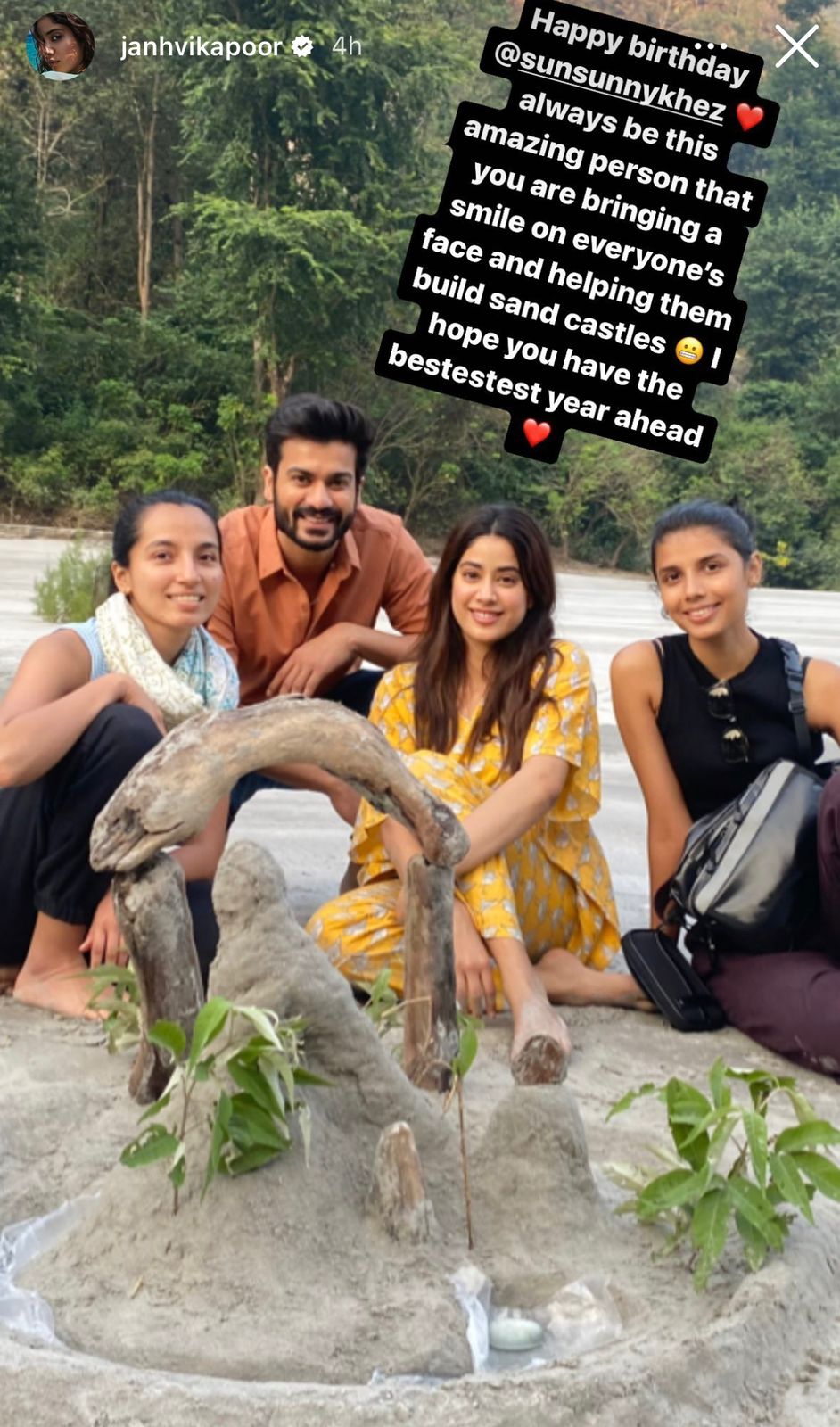 Earlier today, Katrina Kaif also wished her brother-in-law on her Instagram handle and wrote, "Jeete raho, khush raho (Live long, be happy) The pictures were from her wedding celebrations with Vicky Kaushal that took place at the Six Sense Fort Barwara in Sawai Madhopur, Rajasthan in December last year.

On the work front, Janhvi will star next in Bawaal with Varun Dhawan. It is helmed by National Award-winning filmmaker Nitesh Tiwari, who is best known for his 2019 released movie, Chhichhore. She also has Mr & Mrs Mahi with Rajkummar Rao. Sunny, on the other hand, will next be seen in the suspense thriller film, Chor Nikal Ke Bhaga co-starring Yami Gautam. He has also teamed up with Neetu Kapoor for a yet-to-titled Hindi movie.

Bigg Boss 16: Did Janhvi Kapoor give her phone num...

Mili Trailer Out: Janhvi Kapoor is in a race again...