Janhvi Kapoor’s all-black airport look is so simple and elegant. Check out her pics. Janhvi Kapoor is one of the leading actresses in Bollywood. While the actress may only be a few films old, she has already proven that she’s an actor worth watching out for. She marked her debut with Shashank Khaitan's 2018 directorial ‘Dhadak’ with Ishaan Khatter and with projects like ‘Gunjan Saxena: The Kargil Girl’, ‘Ghost Stories’ and GoodLuck Jerry, the 25-year-old is well on her way to superstardom. Apart from her movies, Janhvi is a true-blue fashionista at heart and her sartorial choices are absolute proof. Meanwhile, the actress was clicked by the paparazzi at the Mumbai airport as she returned from Chennai.

The GoodLuck Jerry actress opted for an all-black outfit and slayed her airport look. She donned a black crop top and paired it with an oversized blazer and ripped jeans. To complete the look, she also wore a pair of white sneakers and was seen carrying a huge shoulder bag. The 25-year-old kept her hair open and smiled for the camera. While sitting in the car, Janhvi again acknowledged the paparazzi and posed for them. 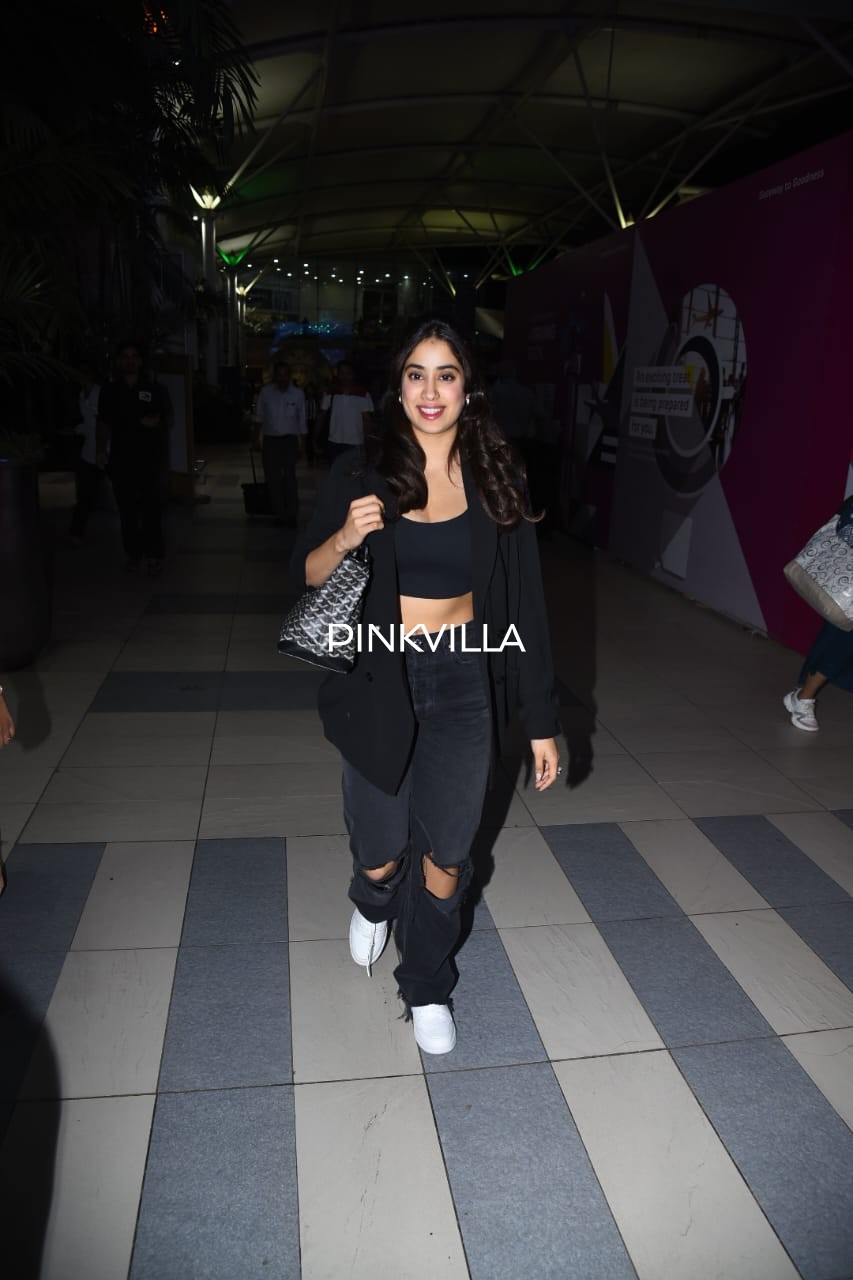 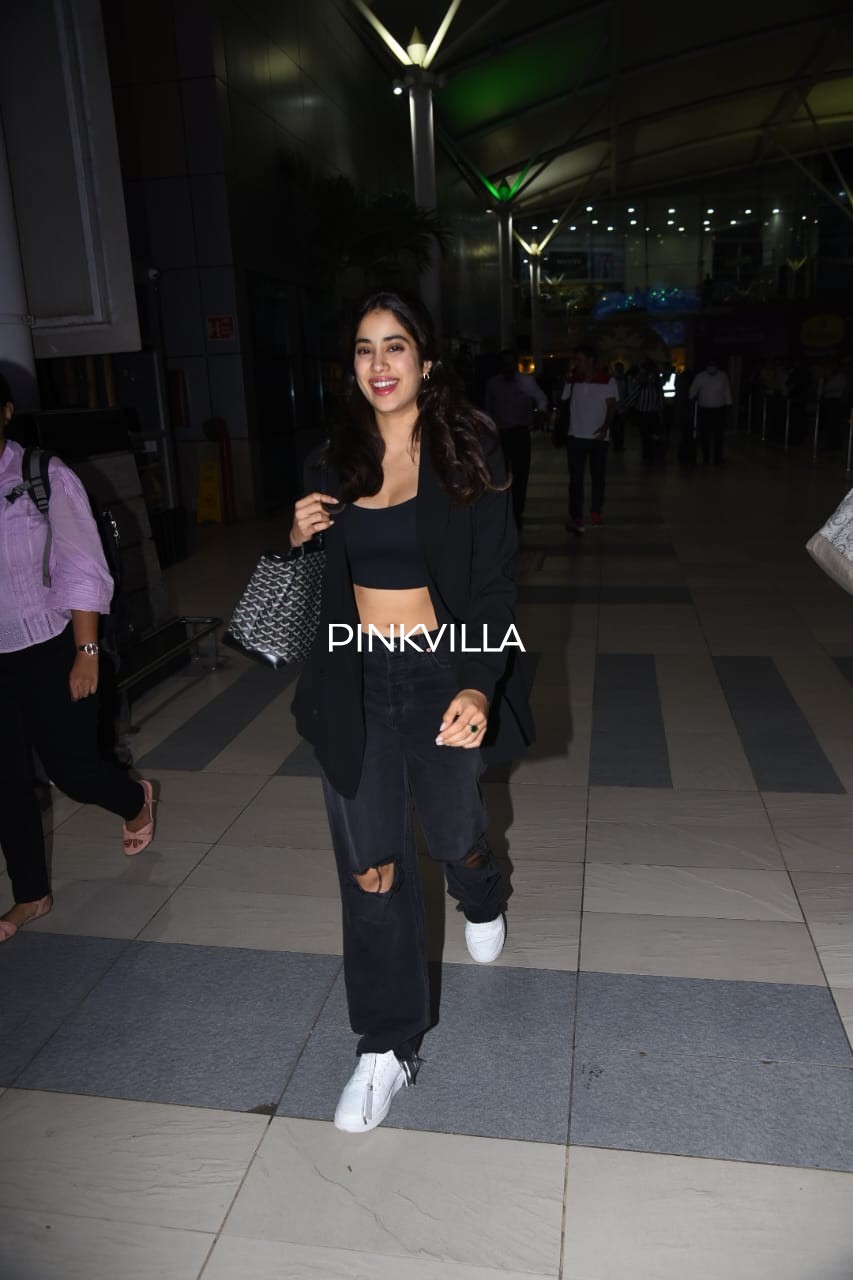 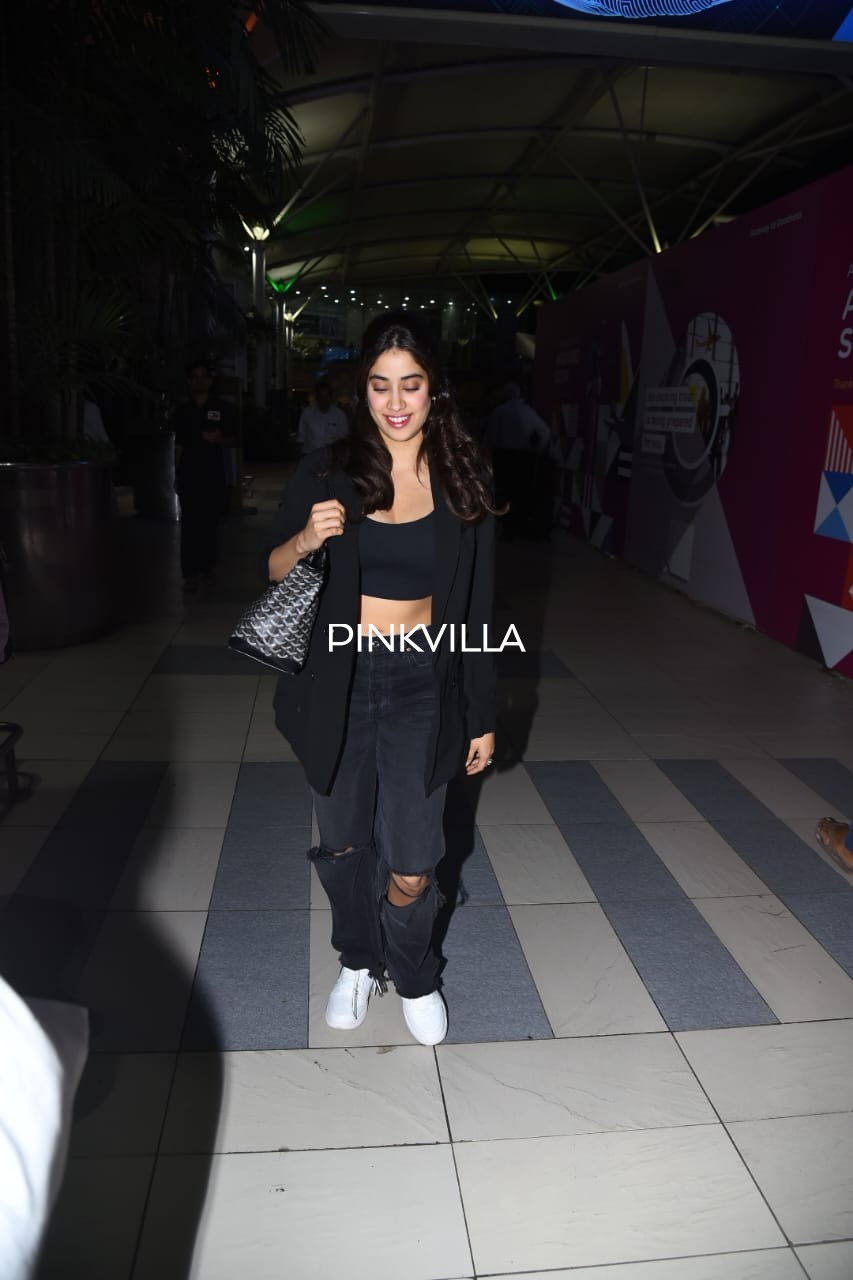 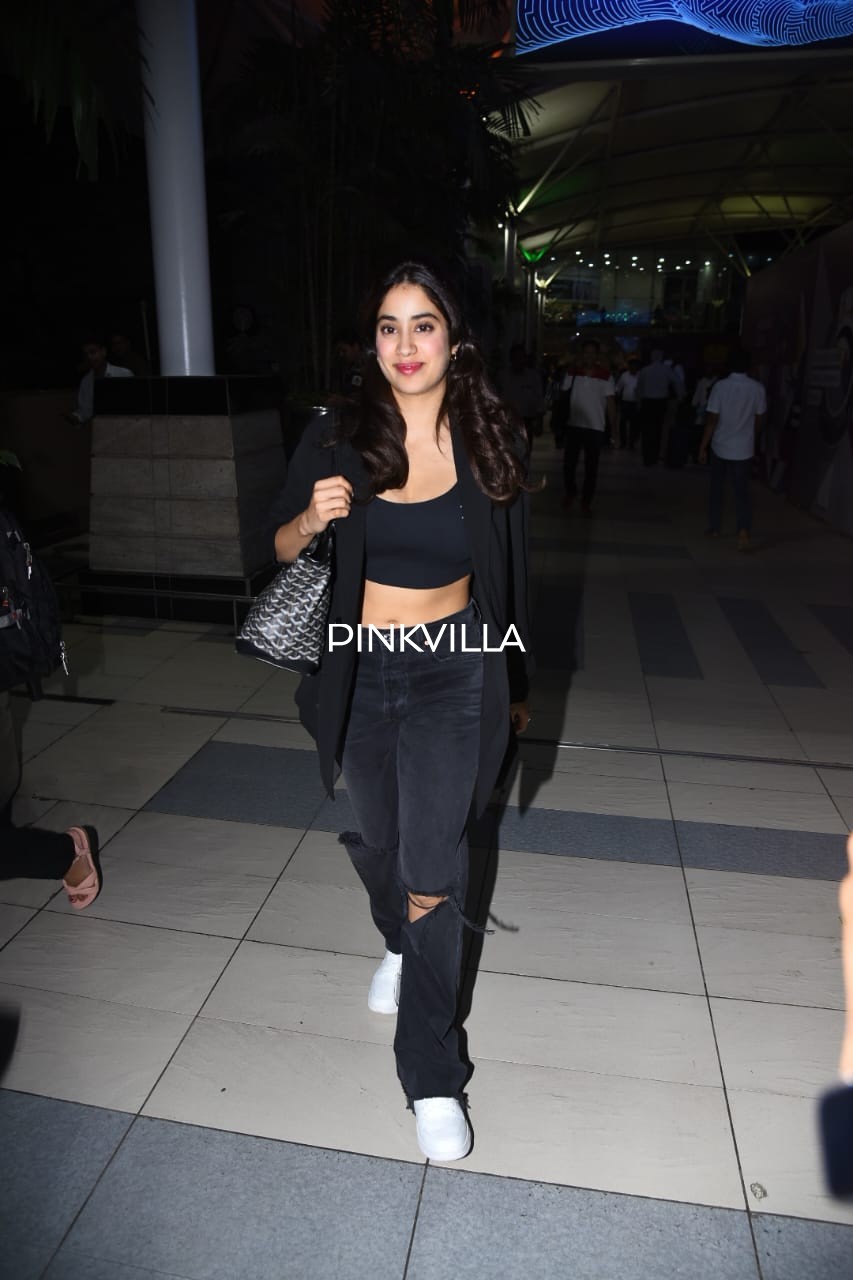 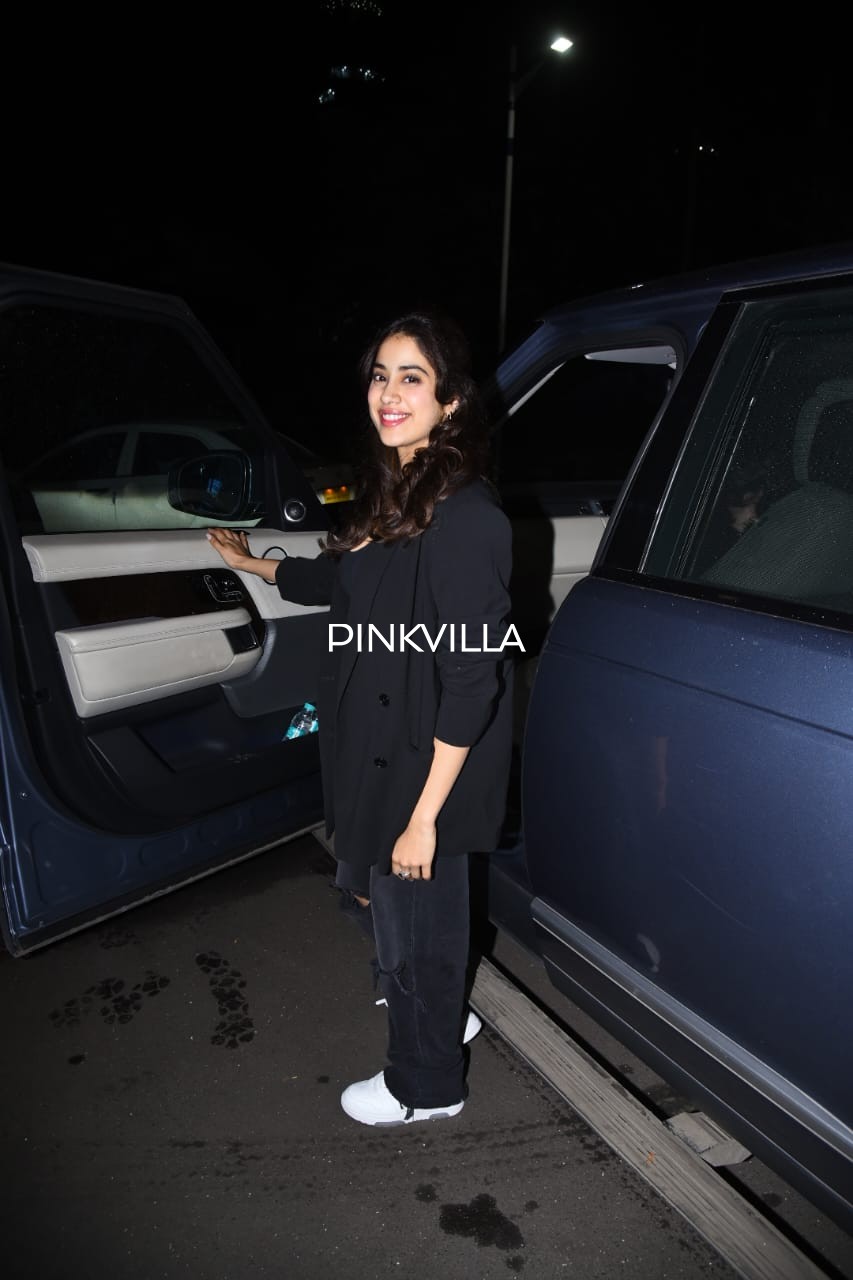 Recently, the actress attended an event in Mumbai. Looking like a glam queen, Janhvi wore an orange bodycon dress and made jaws drop in this chic outfit. The long-sleeved dress looked phenomenal on the actress, who paired it with pointy heels. The outfit featured a plunging neckline and flaunted her hourglass figure as she made her way to the event. Janhvi went for the simple sleek high ponytail look, she rounded off her elegant ensemble with dainty earrings.

On the work front, Janhvi will soon be seen with Rajkummar Rao in Mr And Mrs Mahi. It is directed by Sharan Sharma, who helmed Gunjan Saxena: The Kargil Girl and will be produced by Karan Johar's Dharma Productions. She also has Mili, which is a remake of the Malayalam film, Helen opposite Sunny Kaushal in the pipeline. This will mark her first collaboration with her father Boney Kapoor, who is producing the film.

Janhvi also has Bawaal with Varun Dhawan, which is scheduled to be released in April 2023. It is helmed by National Award-winning filmmaker Nitesh Tiwari, who is best known for his 2019 released movie, Chhichhore.

ALSO READ: Janhvi Kapoor in an Alex Perry mini dress shows how to add zesty-ness to your look; Yay or Nay? Deepika Padukone to Ananya Panday: A roundup of th...