Kajol gets a homely hug from sister Tanishaa after the special screening of Salaam Venky with mother Tanuja. Kajol attended the special screening of her forthcoming film Salaam Venky with mother Tanuja and sister Tanishaa Mukerji. A video of them together was shared in social media. In the clip, Tanishaa can be seen giving a warm hug to Kajol and requesting everyone to watch her sister’s movie. With just few days left, Kajol can be seen actively promoting her upcoming release.

In the clip, Tanishaa was heard requesting all, “Please watch the film everybody, jaake dekhiye film bohot achi film hai.” While leaving, Kajol said her sister, “Bye Kitty" and Tanishaa gave her a comfy hug and replied, “Bye baby.” Coming to their style file, Kajol was seen wearing a deep green dress paired with a beige coloured blazer, sun glasses. Tanishaa sported a pink outfit with an olive green sling bag and Tanuja wore a white and green striped suit.

The Fanaa actress took to her Instagram story and reshared Tanishaa’s post. The group picture shared by her is from the screening of Salaam Venky. Tanishaa wrote, “What a beautifully touching film! Can’t believe it’s a true story! @kajol @revathyasha #salaamvenky #9dec.” 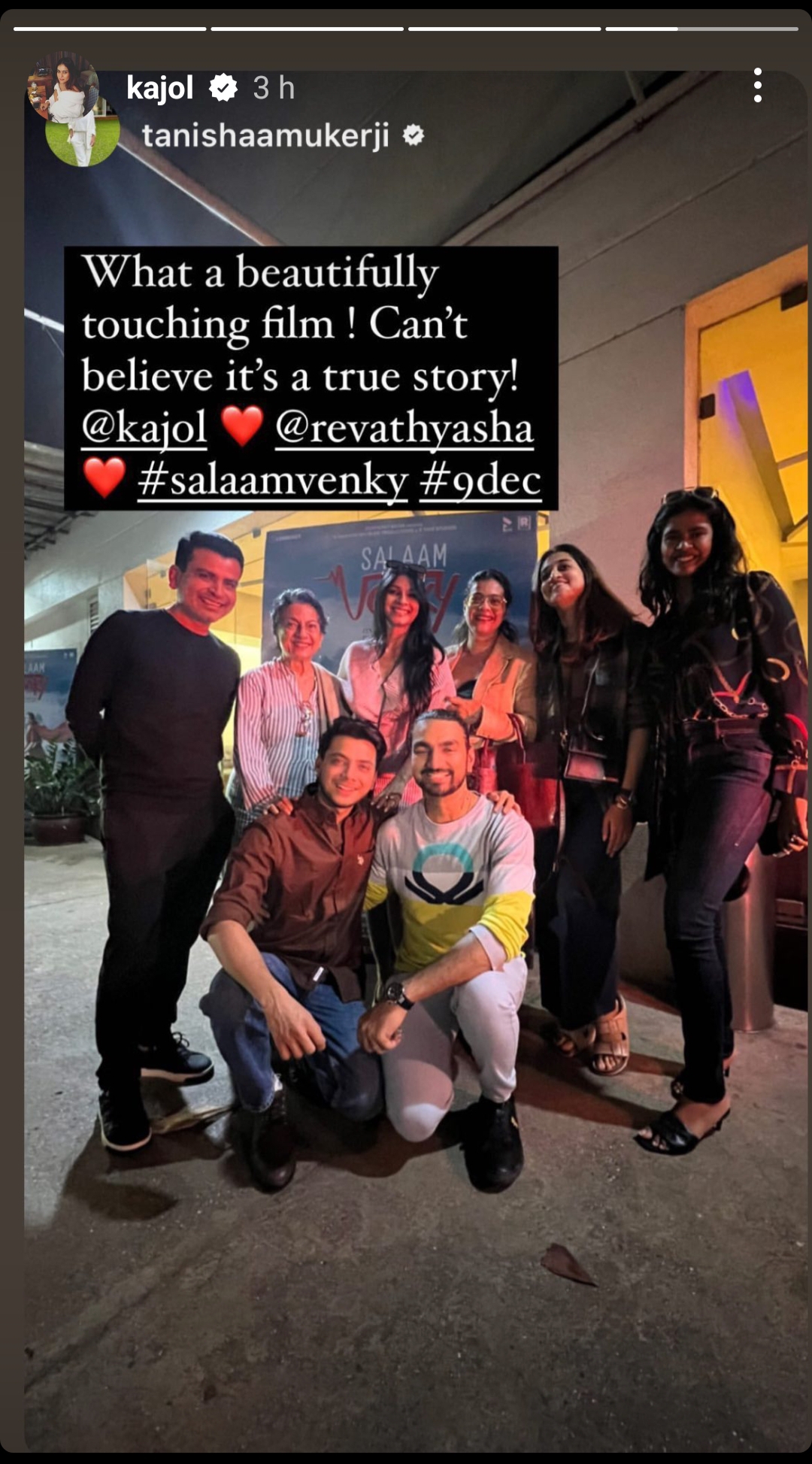 Directed by Revathy, Salaam Venky stars Kajol, Vishal Jethwa, Rahul Bose, Rajeev Khandelwal, Prakash Raj and, Ahana Kumra. Aamir Khan will be also seen in a cameo appearance. The movie is scheduled for release in big screens on December 9, 2022. Produced by Suraj Singh and Shraddha Agrawal under their banners, BLIVE Productions and RTAKE Studios, the film revolves around the true story of the young chess player Kolavennu Venkatesh, who suffers from Duchenne Muscular Dystrophy (DMD).

ALSO READ: EXCLUSIVE: Kajol REVEALS the best quality of Aamir Khan as an actor; ‘He worked very hard to not get stylised’

Kajol looks stunning in beige dress as she poses w...