Ayan Mukerji and Ranbir Kapoor were also spotted at the pandal. Rani and Kajol pose for shutterbugs

Navratri is celebrated widely in India. The festival of Navratri marks the victory of Goddess Durga over the 'Asur' or Demon Mahishasura. Every day is dedicated to Goddess Durga’s different incarnations. This year, Dussehra will be celebrated on October 5. Bollywood celebrities also celebrate the festival. Kajol, Rani Mukerji to Ayan Mukerji were spotted at a Durga Puja pandal celebrating the festival along with Jaya Bachchan, Mouni Roy.

Kajol opted for an embroidered peach colour saree and was seen in a hair bun. The actress's makeup was up to the mark. Rani Mukerji also wore a golden colour saree and was looking beautiful. Both posed for the shutterbugs. Jaya Bachchan opted for a traditional red and white colour cotton saree. Along with her, veteran actress Tanuja was also seen. Mouni Roy looked mesmerising in a white colour saree. Ayan Mukerji and Ranbir Kapoor also attended the event. They also clicked pictures with their fans.

On Sunday, Kajol shared a video on her Instagram in which she was seen helping her son Yug serving bhog to people. She captioned it as ‘So proud of my son serving at the pujo mistakes and all... the tradition continues…” 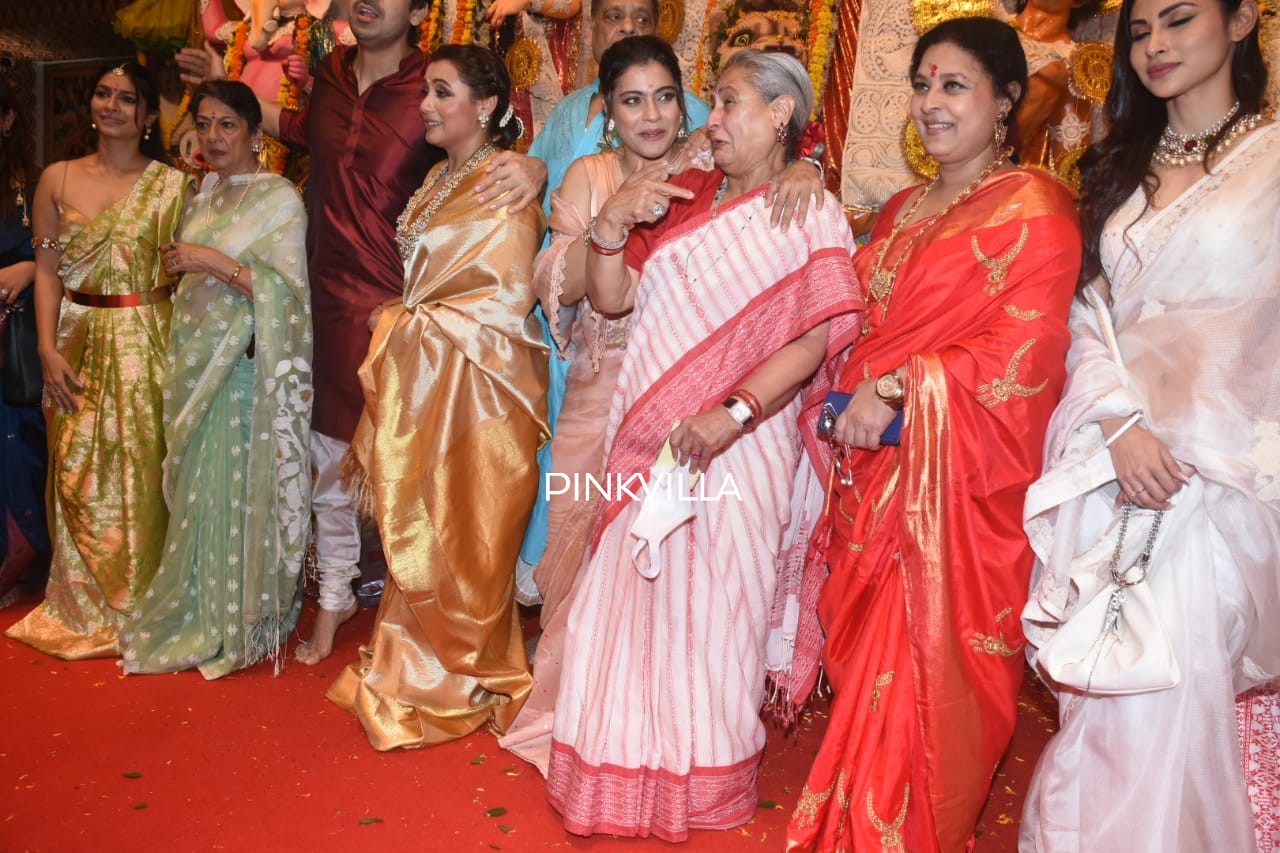 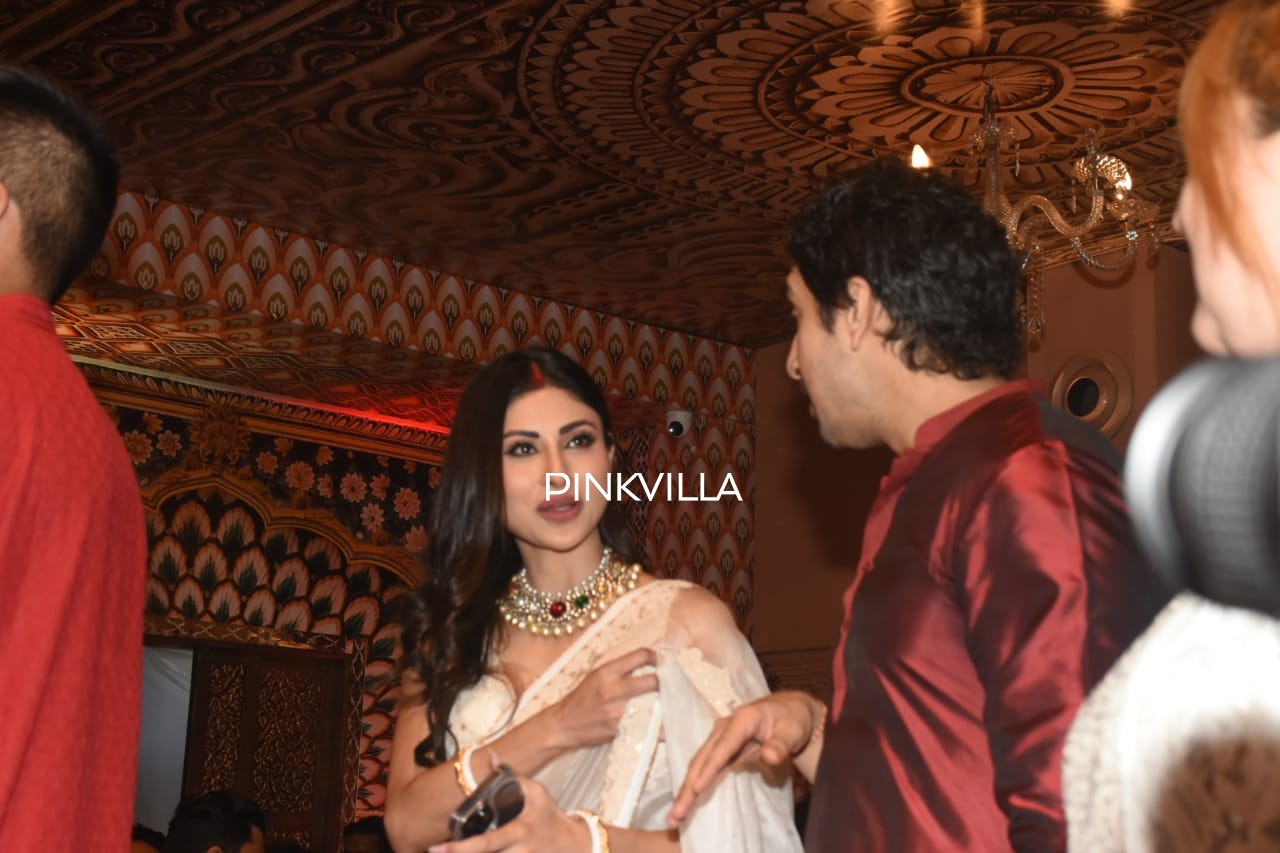 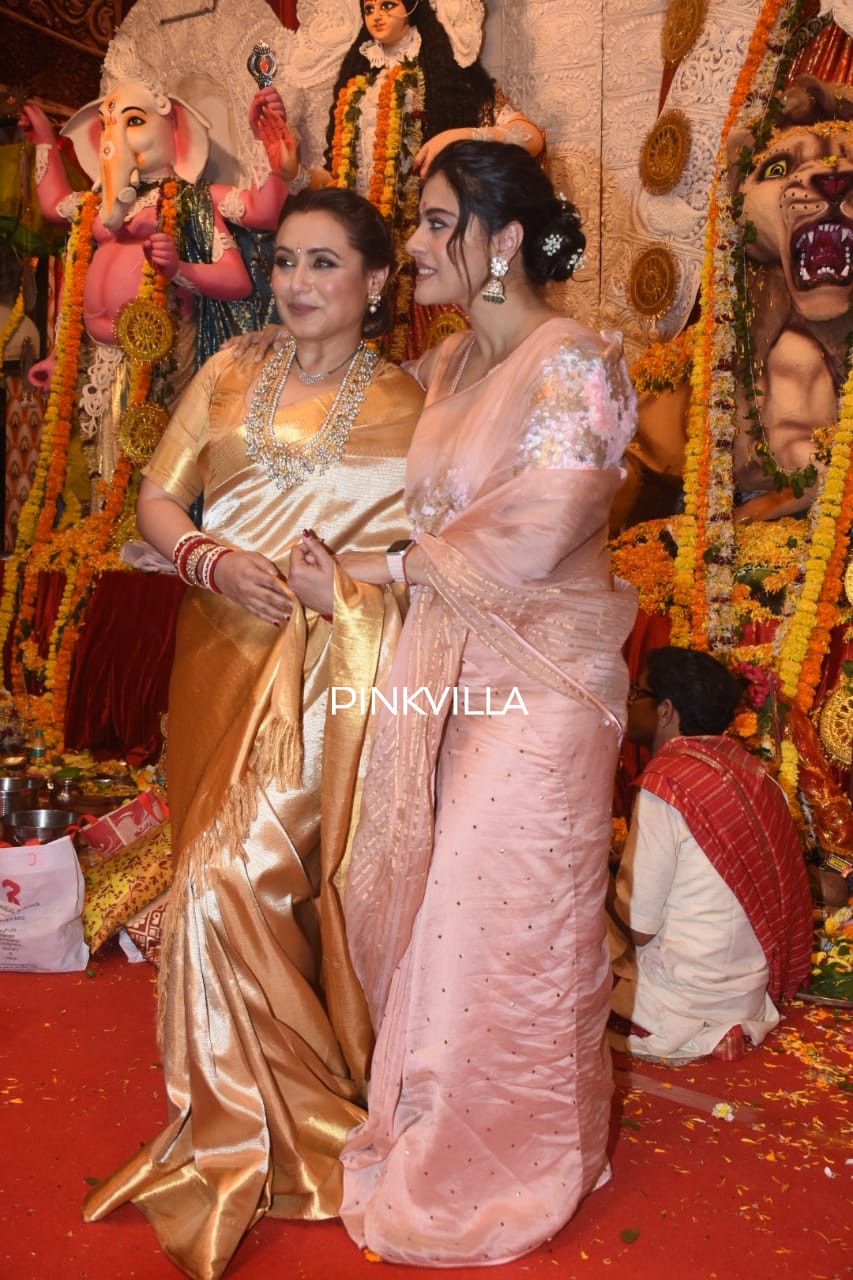 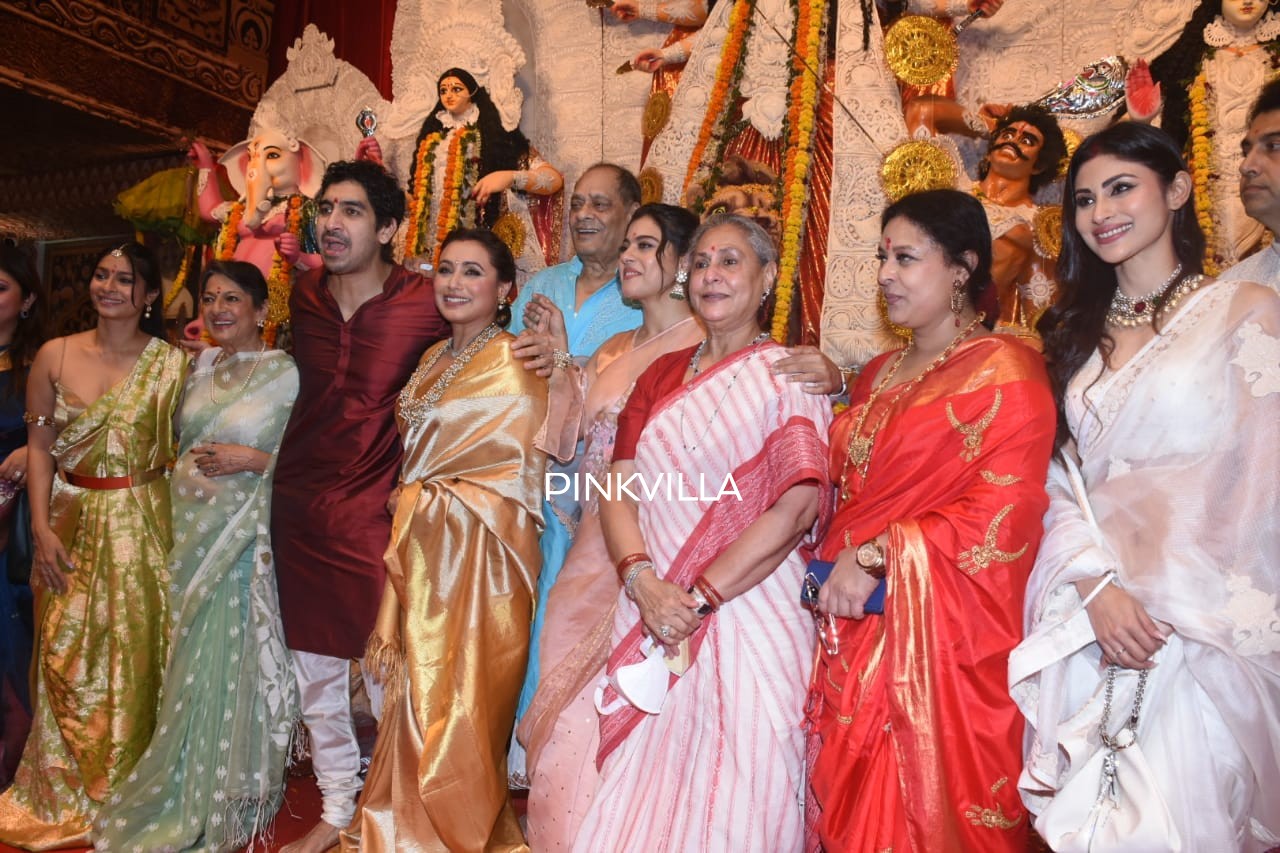 Anonymous
Oct 04, 2022
Didn\'t know Tanujaji is of such a small and slender frame
0 REPLY

Anonymous
Oct 03, 2022
Kajol looks amazing! wonder how she is maintaing herself. no double chin.. looks so beautiful
0 REPLY