Hush Hush trailer:
Kareena Kapoor’s Instagram story also has Soha Ali Khan’s post link. Soha has captioned it as ‘Can a web of secrets bury a beautiful sisterhood? Trailer out now! #HushHushOnPrime, Sep 22.’ The story of the thriller revolves around a set of women whose lives started getting disturbed when an unexpected event brings to the fore secrets from their past and starts threatening them. Soha was last seen in Kaun Banegi Shikharwati. It also stars Lara Dutta and Kritika Kamra. 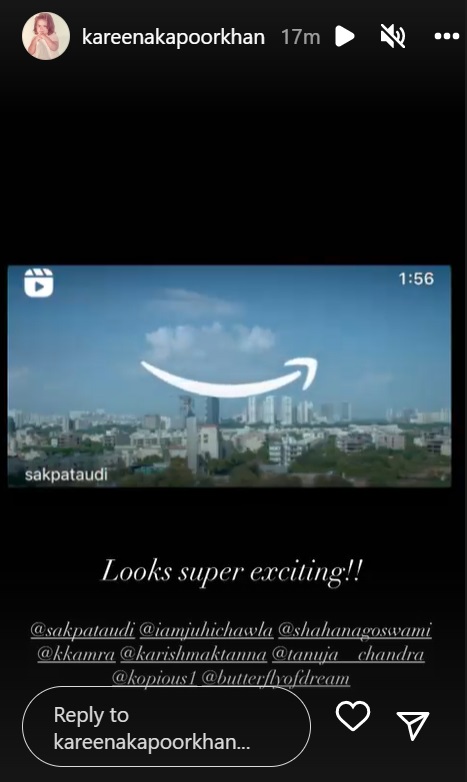 Kareena Kapoor’s work front:
The actress was last seen in Laal Singh Chaddha starring Aamir Khan. She will be seen next in Sujoy Ghosh's thriller. The film is based on the Japanese novel 'The Devotion of Suspect X'. The film will be released on an OTT platform. She will also collaborate with Rhea Kapoor again.

Also Read: Kareena Kapoor Khan and Neetu Kapoor look glamourous, pose for a selfie as they shoot together; PHOTOS