Actress Kareena Kapoor Khan is currently busy shooting for her next film which is being helmed by Hansal Mehta. She recently jetted off to London with her son Jeh Ali Khan. Amid her shooting schedules, the actress was seen having a gala time with her girl gang. Lovebirds Arjun Kapoor and Malaika Arora are also in London currently as the former is busy shooting for his film with Bhumi Pednekar. Kareena and Malaika were seen enjoying a day out with their friend Natasha Poonawalla.

Recently, Natasha took to Instagram and offered a glimpse of her outing with the girls. Bebo, Malaika and Natasha looked all things stylish like always. The Laal Singh Chaddha actress was seen sporting a white and blue winter jacket with denim jeans and paired it up with boots, a cool sling and sunnies. Malaika opted for an all-white look styled with a jacket. Natasha, on the other hand, wore a checkered outfit with a winter coat. She shared the picture with fans and wrote, "Sundays done right… girlfriends and my babies! Missed my @therealkarismakapoor and @amuaroraofficial." The girls took over the streets of London in style! Have a look:

Soon after Natasha shared the picture, Amrita Arora commented, "Miss you’ll." Even their fans were all hearts as they were seen dropping lovely comments on the post. Bebo also reshared the post on her Instagram story and wrote, "Women I love." Have a look: 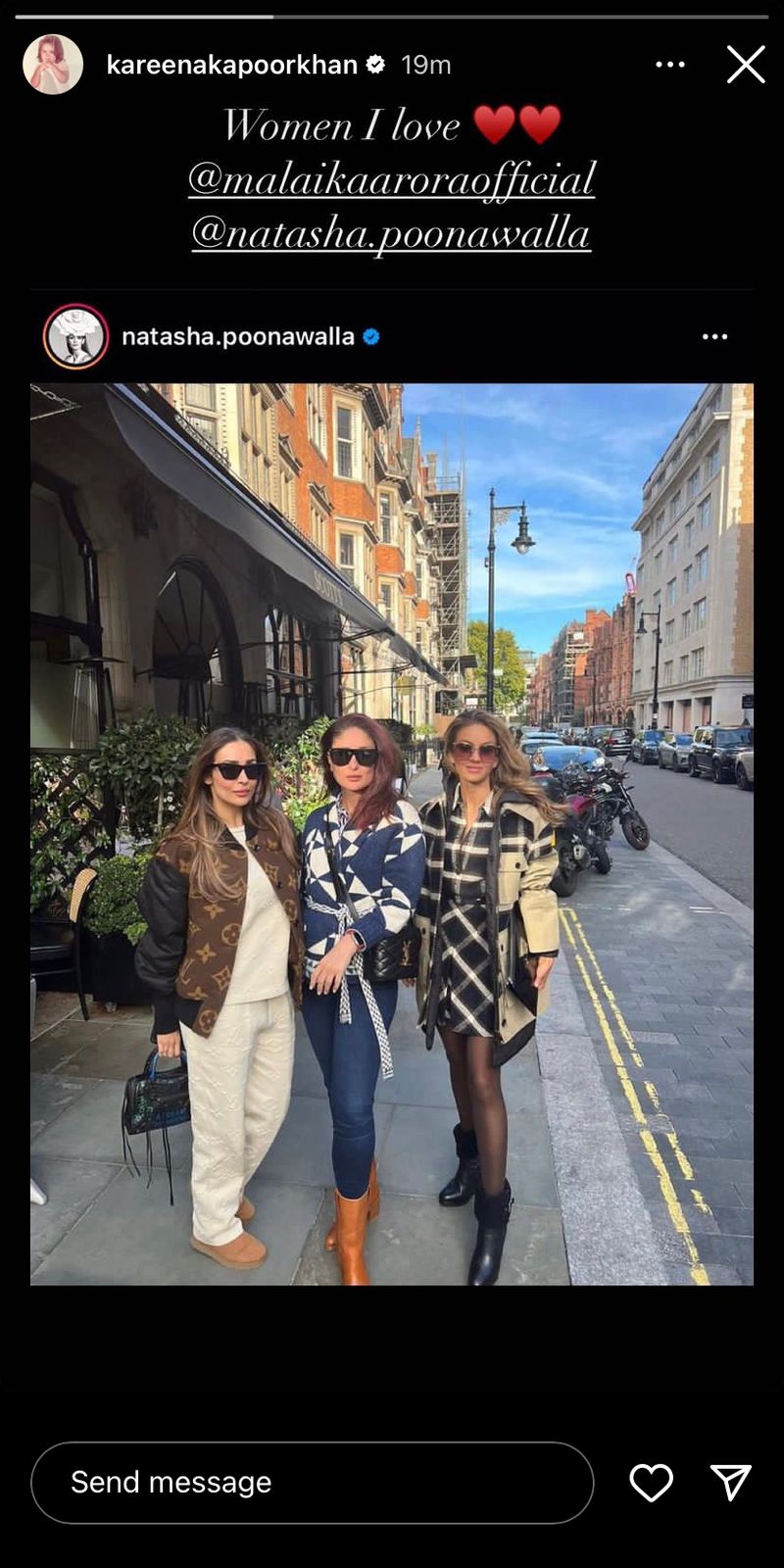 Kareena was last seen in Laal Singh Chaddha alongside Aamir Khan. The film couldn't perform well at the box office but Bebo's performance was highly praised. It was recently released on an OTT platform and netizens have been sharing positive reviews on social media. Next, she will be seen in Hansal's untitled next. She recently shared the first look from the sets and wrote, "Day 1 Film number 67 or 68? Chalo guys let’s do this."