Kartik Aaryan amps up his airport style in blue format suit as he heads to Jodhpur; PHOTOS

Kartik Aaryan will be seen in Aashiqui 3. Kartik Aaryan is surely one of the most promising actors in Bollywood. He knows what his audience loves and never fails to deliver them. He was recently seen in Bhool Bhulaiyaa 2 with Kiara Advani and Tabu. The horror comedy was loved by the audience. Even his performance in Dhamaka was also equally loved. However, today he was spotted at the airport in all formals. Needless to say that he was looking very handsome. He is heading towards Jodhpur for an event.

Kartik opted for blue colour formal. While heading inside the airport, he waved at the shutterbugs and also posed for them. The actor also shared the same look on his Instagram stories. To note, Kartik is the lead actor in Aashiqui 3 which is being directed by Anurag Basu. This is the third installment of the Aashiqui franchise will be produced by Bhushan Kumar with Mukesh Bhatt and the music is composed by the hit song machine, Pritam. Sharing the motion poster on his Instagram handle, he wrote, “b Tere Bin Ji Lenge Hum, Zeher Zindagi Ka Pi Lenge Hum #Aashiqui3, This one is going to be, Heart-wrenching !! My First with Basu Da.” 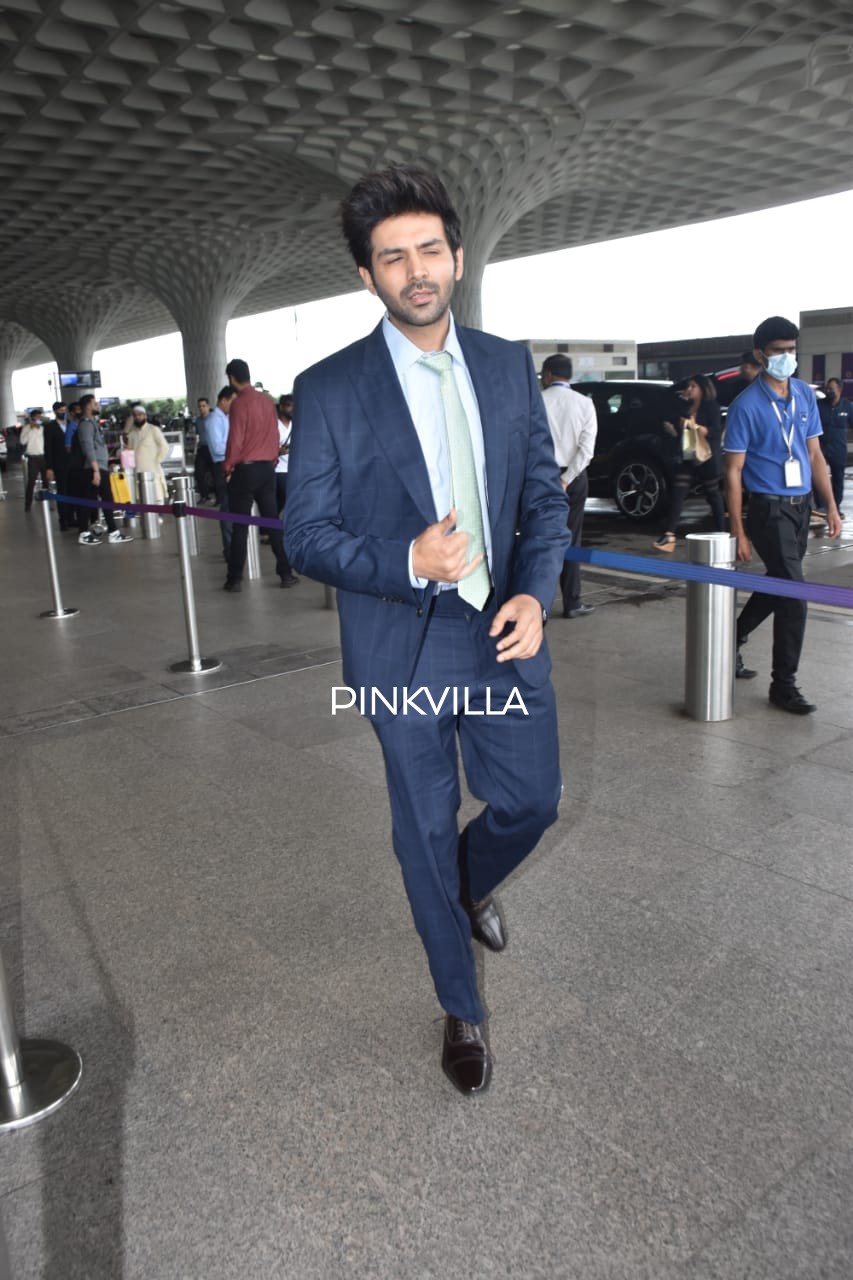 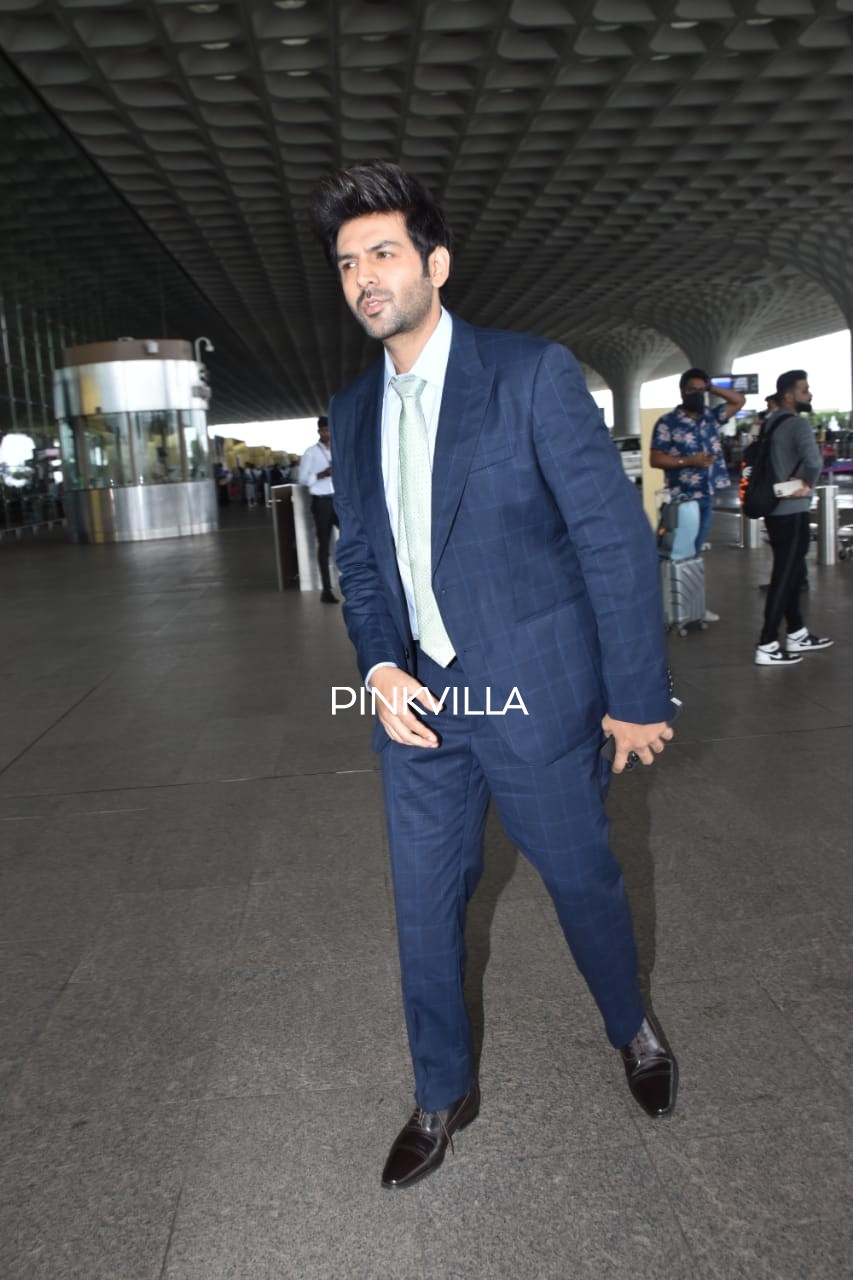 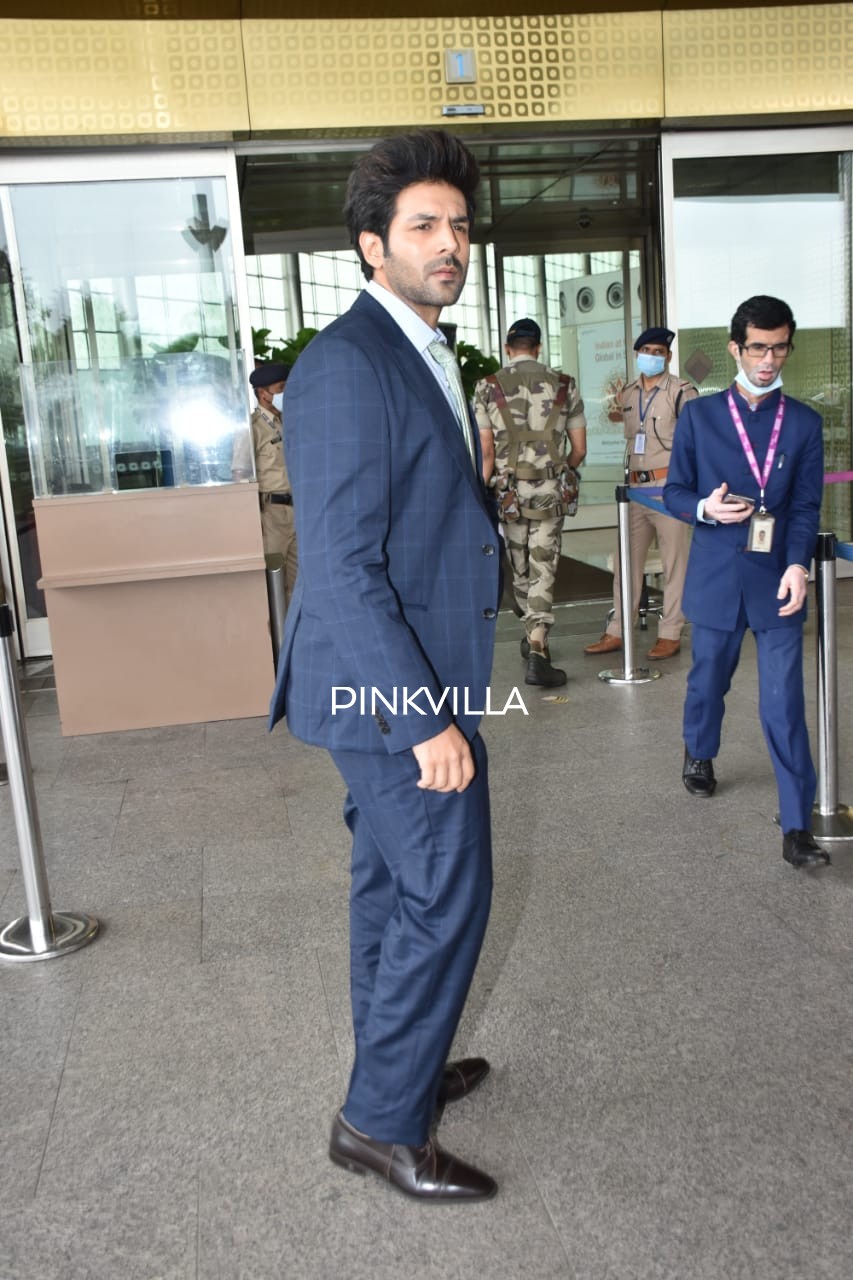 Kartik Aaryan is expected to complete shooting for Satyaprem Ki Katha and Captain India. He also has Shehzada which is an official Hindi remake of Allu Arjun’s Ala Vaikunthapurramuloo. Kriti Sanon will be seen in the lead role. Kartik will also be seen in Shashanka Ghosh’s Freddy with Alaya F, and an action movie with director Kabir Khan, which is also being produced by Nadiadwala and Grandsons.