Kartik Aaryan is considered one of the most talented actors in the young generation of Bollywood. He made his acting debut in 2011 with Luv Ranjan’s Pyaar Ka Punchnama. Later, he became a household name with the 2018 film, Sonu Ke Titu Ki Sweety and the graph of his career in the movies has only been going upwards since then. Kartik is running high on the success of Bhool Bhulaiyaa 2, which is currently the second highest-grossing Hindi film this year and it collected a gross worldwide collection of ₹266 crores. The movie was a sequel to Bhool Bhulaiyaa, led by Akshay Kumar and Vidya Balan.

Kartik often keeps his fans updated with his day-to-day activities on social media. Just a while ago, he took to his Instagram story and shared a glimpse of his shoot location as he films SatyaPrem Ki Katha. This film is touted to be a 'soulful musical love saga', Satyaprem Ki Katha is being directed by National Award-winning director Sameer Vidwans while Namah Pictures and Nadiadwala Grandson Entertainment are the co-producer. SatyaPrem Ki Katha is slated to hit the theatres on June 29th, 2023. 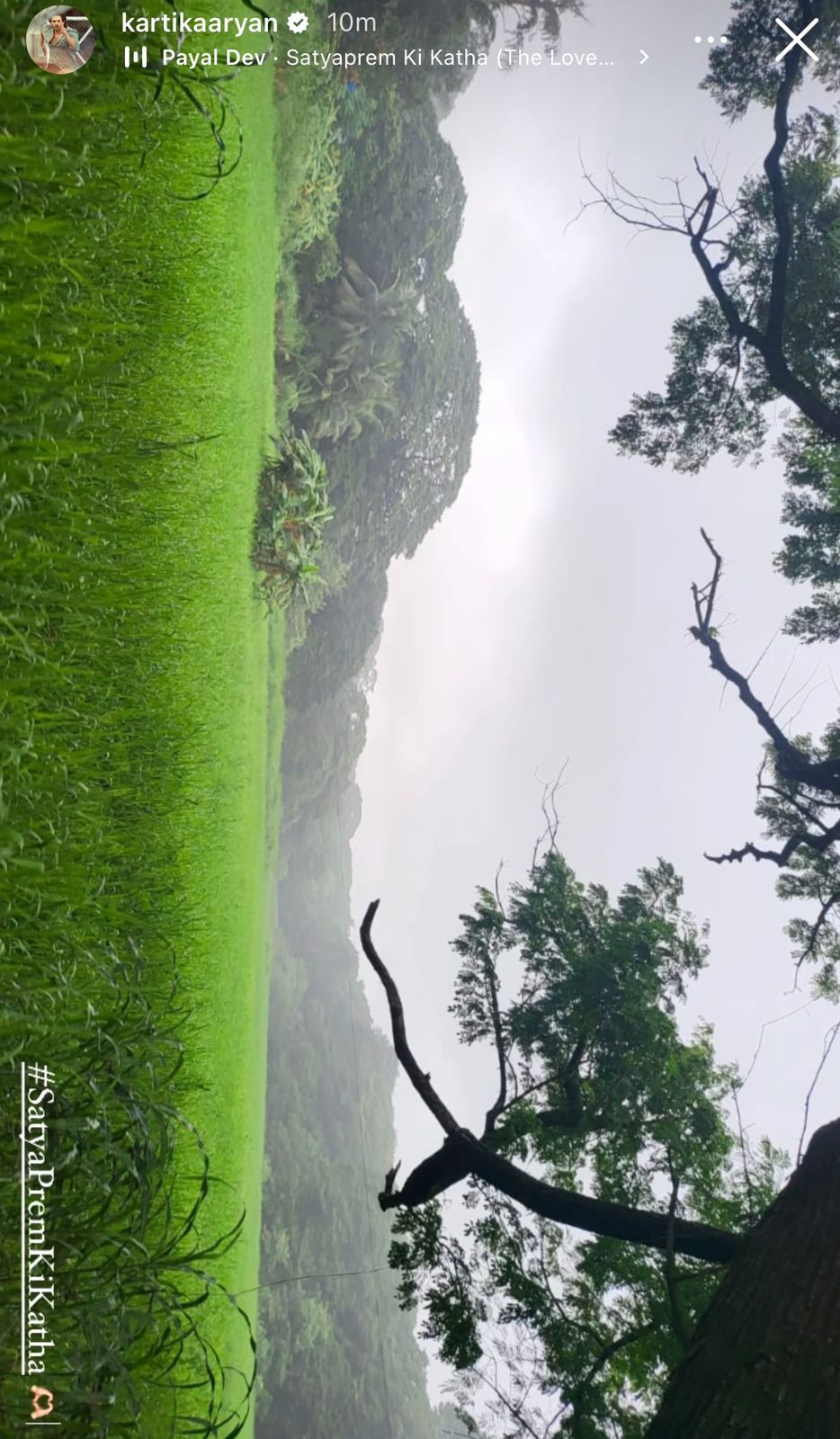 Meanwhile, on the work front, the Dhamaka actor will star in Anurag Basu's Aashiqui 3. He also has Shehzada which is an official Hindi remake of the Allu Arjun starrer South film Ala Vaikunthapurramuloo and will also feature Kriti Sanon in the lead. Apart from this, Kartik also has Shashanka Ghosh’s Freddy with Alaya F, and an action movie with director Kabir Khan, which is also being produced by Nadiadwala and Grandsons. Kartik will collaborate with Hansal Mehta in the social drama Captain India, in which he will essay the role of an airforce officer.