Kartik Aaryan is one of the most promising actors in the tinsel town of Bollywood. He made his debut with the 2011 film Pyaar Ka Punchnama and since then, there is no looking back for the actor. With his dapper looks, impeccable dance moves and brilliant acting skills, Kartik has won millions of hearts across the globe. On screen, he captivates audiences with his signature monologues and off-screen enjoys a huge fan base with his great sense of humour. Witty side of his personality is evident in his quirky captions and posts on Instagram.

Meanwhile, the Bhool Bhulaiyaa 2 actor on Monday took to his Instagram stories and shared a boomerang video of him in which he is seen facing off the camera. Along with the video, he wrote, “Shoot diaries.” 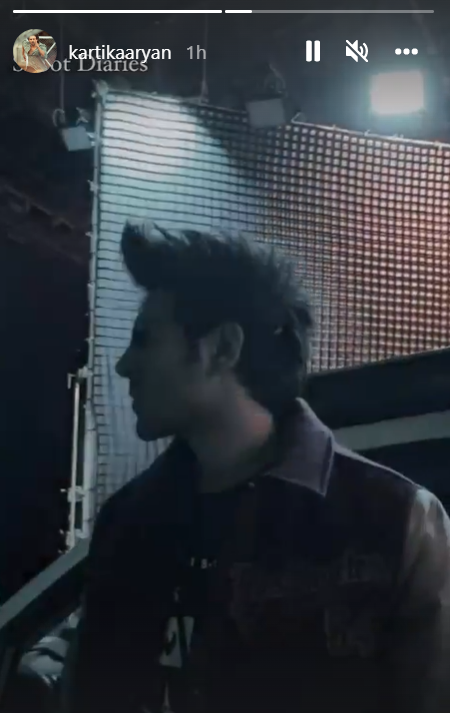 Recently, Kartik attended an event at CNN-News18 and talked about his journey in the industry. He said: "It's not been easy. It's been quite a difficult journey and it's taken some time. Thankfully I started when I was 20, almost like a child artist, but it's been a journey with ups and downs and I've seen hits and flops. For the longest time, a lot of people didn't know my name. It's been a journey. When I look back, I feel that I would never change anything about it and I have been lucky, unlucky, with ups, and downs. I have seen everything. I'm enjoying the success of Bhool Bhulaiyaa 2 and Dhamaka right now and I'm really in a good place thankfully."

Meanwhile, on the work front, the Dhamaka actor will star in Anurag Basu's Aashiqui 3. He also has Shehzada which is an official Hindi remake of the Allu Arjun starrer South film Ala Vaikunthapurramuloo and will also feature Kriti Sanon in the lead.

Apart from this, Kartik also has Shashanka Ghosh’s Freddy with Alaya F, Captain India with Hansal Mehta, Sameer Vidwans' SatyaPrem Ki Katha with Kiara Advani, and an action movie with director Kabir Khan, which is also being produced by Nadiadwala and Grandsons.