Kiara Advani goes on a trip down memory lane as she shares throwback CLICK with family; See PIC

Kiara Advani was last seen in the commercially successful JugJugg Jeeyo and will next be seen in a handful of films like Govinda Naam Mera and SatyaPrem Ki Katha. Kiara Advani is one of the most popular and talented actresses in the tinsel town of Bollywood. She made her acting debut in the year 2014 with the movie Fugly. However, she captured the limelight only after her impressive performance in the 2016 biopic MS Dhoni: The Untold Story. Ever since then, there has been no looking back for Kiara. The actress has had an impressive 2022, with Bhool Bhulaiyaa 2 emerging a blockbuster and JugJugg Jeeyo garnering critical acclaim and commercial success. She also made her presence felt in Karan Johar's gossip reality show Koffee With Karan, where she spilled beans on her relationship with Sidharth Malhotra.

Kiara took to Instagram to share a throwback memory. She shared a throwback photo of her with her parents and three siblings. They all seemingly looked happy, apart from looking very young. While all siblings wore a yellow t-shirt, Kiara chose to wear a white t-shirt. Her parents chose to wear blue and green shaded clothes. Kiara did not caption the photo that she shared, but used emoticons to show love and respect. Kiara has always been a family person and this isn't the first time that she has showed her love and respect for them. She has never shied away from raving about how her parents have raised her and how they were very supportive of the kind of roles that her parents each one got. 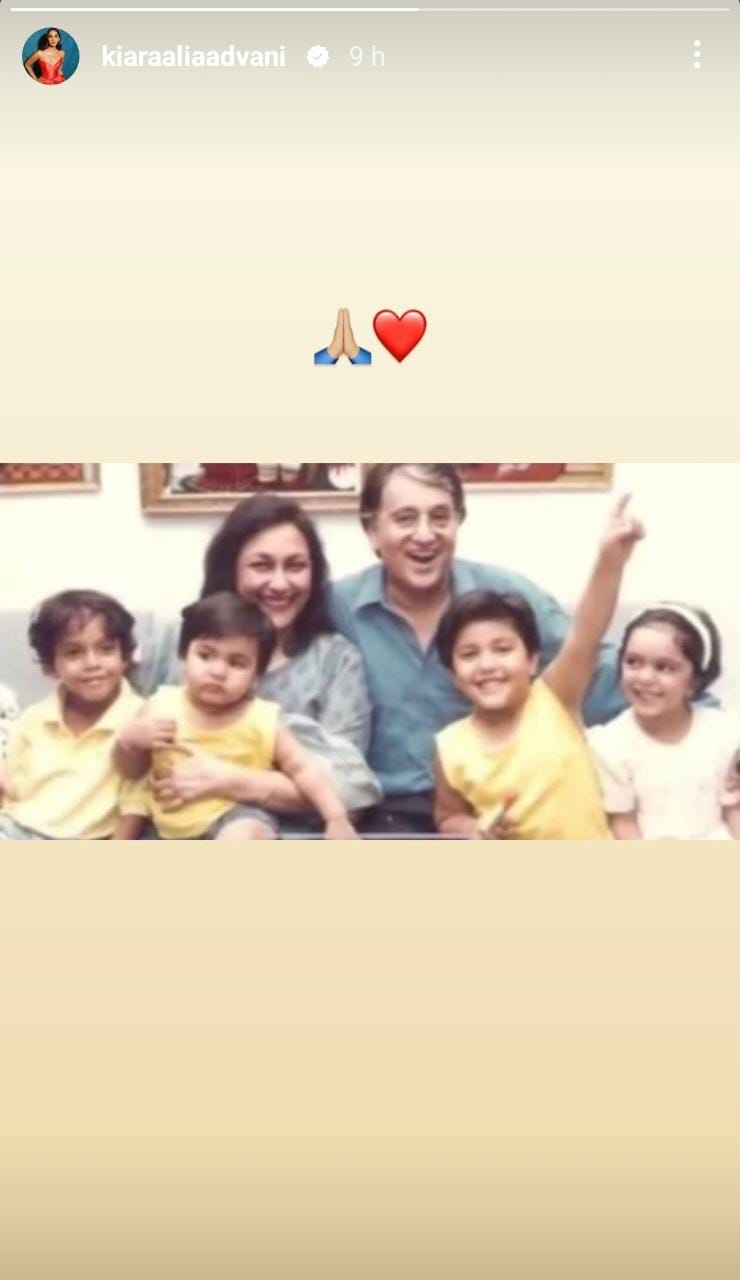 On the work front, Kiara Advani will be reuniting with Kartik Aaryan for SatyaPrem Ki Katha. Helmed by Sameer Vidhwans, the film is produced by Sajid Nadiadwala. On the occasion of Kiara's birthday recently, Kartik revealed that the name of their upcoming project Satyanarayan Ki Katha has been changed to SatyaPrem Ki Katha. He also shared the first look picture from the film and wrote, "Happy Birthday Katha !! Tumhaara SatyaPrem. #SatyapremKiKatha." It is touted as a musical saga and is all set to go on floors towards the end of this year. Apart from this, Kiara will be seen next in Govinda Naam Mera with Vicky Kaushal and Bhumi Pednekar in the lead roles. Next, she will feature in Ram Charan's next film with S Shankar, tentatively titled RC-15. The film will release in 2023. Kiara Advani served comfort at its best look in a ...