Lovebirds KL Rahul and Athiya Shetty tied the knot yesterday at Suniel Shetty’s bungalow Jahaan, in Khandala, in the presence of close friends and family. Post the wedding, the couple shared some dreamy pictures from their intimate wedding ceremony that left us mesmerized. Athiya looked elegant in a subtle pink Anamika Khanna chikankari lehenga, while KL Rahul looked dashing in an embroidered ivory sherwani by the designer. While all the pictures were equally stunning, there was one picture from the set that took us back to Alia Bhatt- Ranbir Kapoor, and Vicky Kaushal- Katrina Kaif’s weddings!

Sharing their wedding pictures, KL Rahul and Athiya Shetty wrote, “In your light, I learn how to love…” Today, with our most loved ones, we got married in the home that’s given us immense joy and serenity. With a heart full of gratitude and love, we seek your blessings on this journey of togetherness.” The last picture shows Athiya with her arms around KL Rahul, as both of them gazed lovingly at each other. The sun shines bright in the backdrop, creating a beautiful starburst effect. The pictures were clicked by Joseph Radhik, and they’re nothing short of magical. 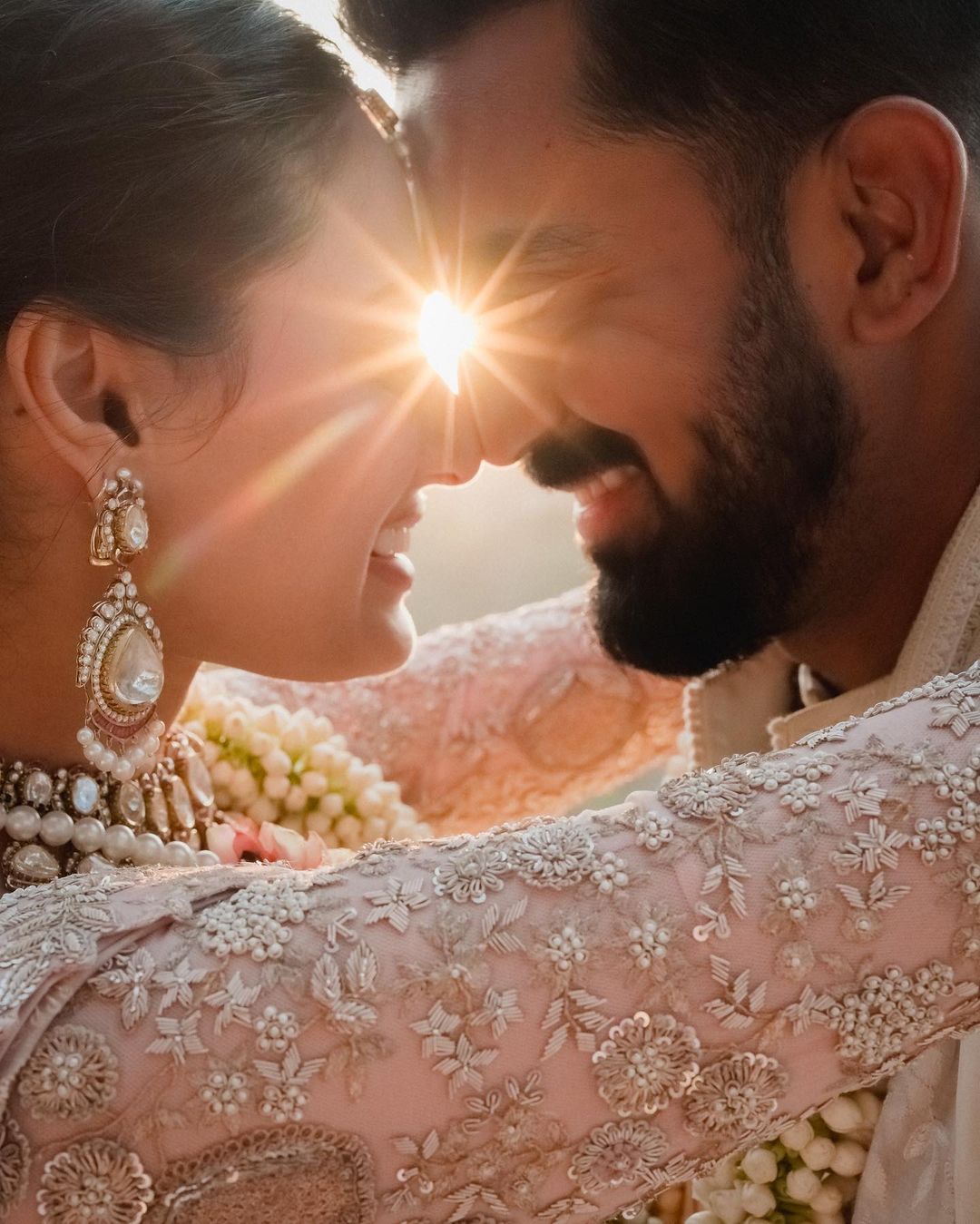 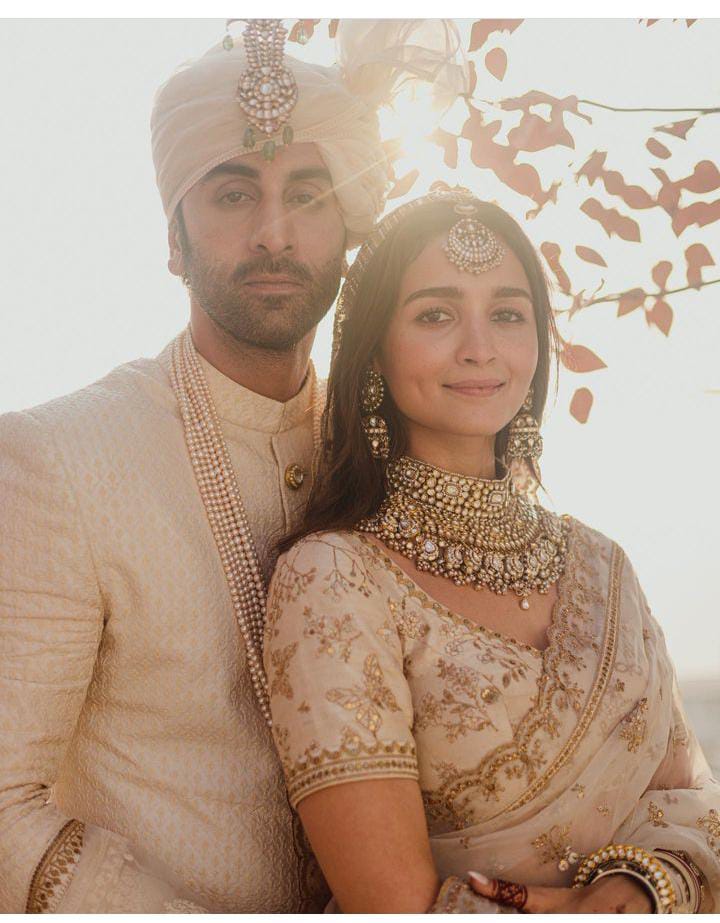 Meanwhile, one of Vicky Kaushal and Katrina Kaif’s wedding pictures also show Katrina and Vicky gazing into each other’s eyes, while the sun shines behind them. Check put the picture below! 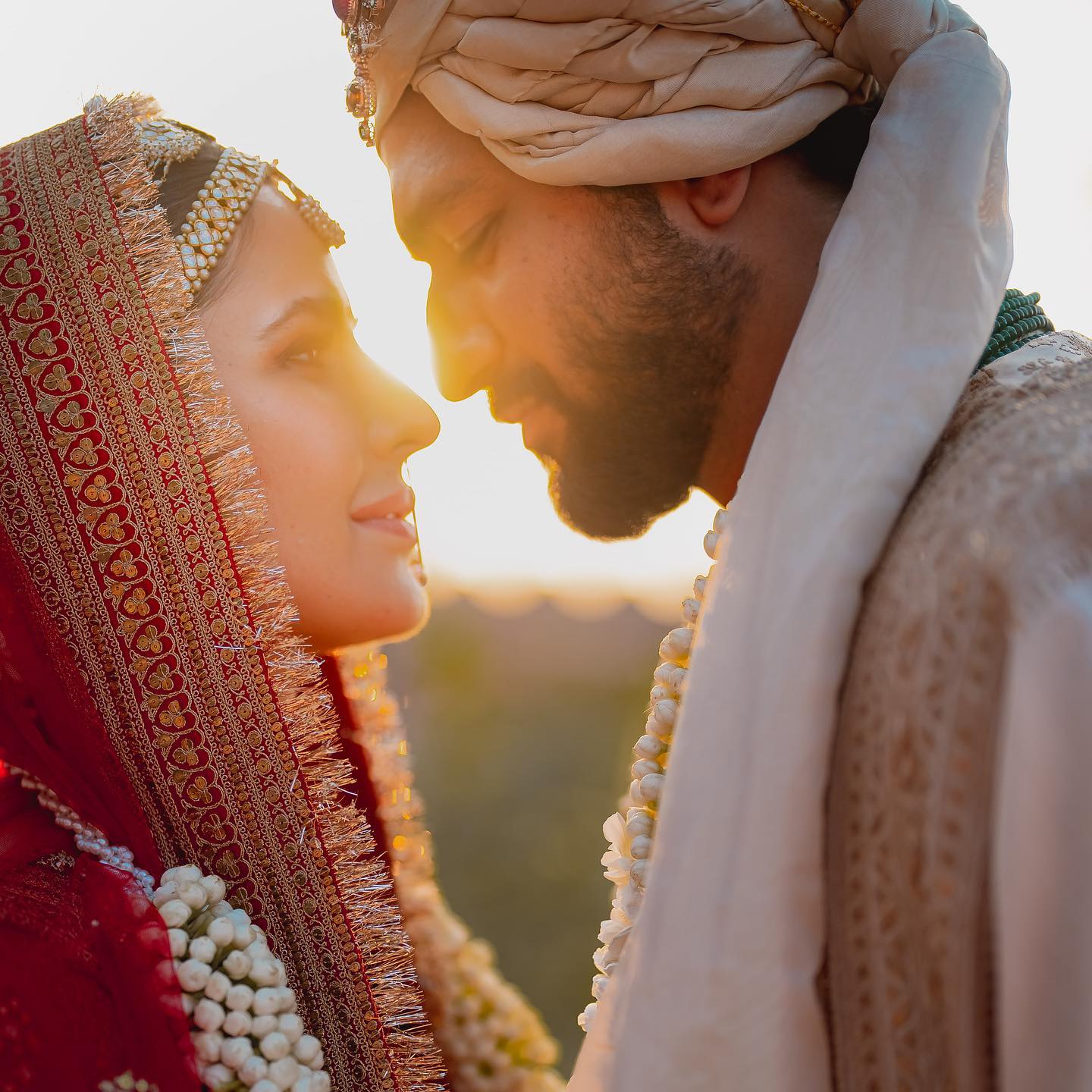 Meanwhile, Athiya’s father, and actor Suniel Shetty shared a picture from KL Rahul and Athiya’s wedding. The couple can be seen holding hands during pheras. He wrote, “A hand to hold and a reason to believe because sometimes the right place is a person and the ingredients love and trust … congratulations and Godbless my bachchas @athiyashetty @klrahul.”

ALSO READ: Athiya Shetty is the definition of modern, chic bride in THIS unseen picture from wedding with KL Rahul

Anonymous
Jan 25, 2023
Gosh why pay designers $$$ to create similar look for everyone in B Town ! Anushka was the only original with pastel color outfit for her wedding
0 REPLY