Here is all that happened on the latest episode of Koffee With Karan 7 featuring Katrina Kaif, Siddhant Chaturvedi, and Ishaan Khatter. Katrina Kaif, Ishaan Khatter, and Siddhant Chaturvedi were the latest guests to grace the Koffee With Karan 7 couch. The Phone Bhoot actors were seen being their candid best, while they opened up about different aspects of their personal and professional lives. The trio brewed some fun banter as they answered Karan Johar’s questions. From Katrina Kaif talking about what convinced her to marry Vicky Kaushal, to Ishaan Khatter breaking silence about his break up with Ananya Panday, to Siddhant Chaturvedi talking about his nepotism comment, the episode was filled with many highlights. Let’s take a look.

Katrina on Vicky Kaushal not being on her ‘radar’

Katrina Kaif revealed she wasn't dating Vicky Kaushal and met him for the first time at an awards night. She said, "It really was my destiny and it was meant to be." Katrina also revealed that Zoya Akhtar was one of the first people with whom she shared that she likes Vicky. She further revealed that Vicky was not on her radar and she never heard of him. "I maybe heard the name but there was no association. It was the most unexpected thing," said Katrina.

Katrina on what convinced her to marry Vicky Kaushal

Katrina Kaif was all praise of her husband Vicky Kaushal and told Karan, what about Vicky Kaushal convinced her to marry him. The Baar Baar Dekho actress said, "The most important thing that happened is the way Vicky is with his family - Sunny, his mom and his dad, it's so incredible."  She mentioned how restrictive Vicky was, early on in the relationship but how it somehow never bothered her since the one thought that always occured to her was that if this is the kind of respect, loyalty and importance he gives to his family, this is the same kind of respect, loyalty and importance he will give to her family as well, when they get married. She continued, "His principles and values are so strong, and that to me was overwhelming. This is not my first relationship. So by that time, you know what are the important things. The important things are not necessarily the frills and the fun but it's what's going to take you through in the long run."

During the episode, Ishaan Khatter felt ousted sitting on a separate couch and expressed his desire to sit on the couch Katrina Kaif was sitting on. He said he felt like an outsider and to that, Karan said Siddhant was the one who was an outsider. He then said that the couch on which Ishaan was sitting, is a 'nepo couch'. Siddhant wished to feel that couch and immediately did so. On being asked how he felt, Siddhant cheekily replied, 'very easy', taking a dig at actors with privilege, who made their way into movies in a relatively easier way.

When Karan asked Siddhant about his love interest, the Gehraiyaan actor said, "Right now my work is my love interest. I'm so single that Ishaan too turned single by being with me. I'm so single that the only reason I wanted to be invited for Katrina's wedding was so that she could introduce me to one of her sisters." Karan cut in and asked if he found them hot and the actor responded by saying he did find them pretty. 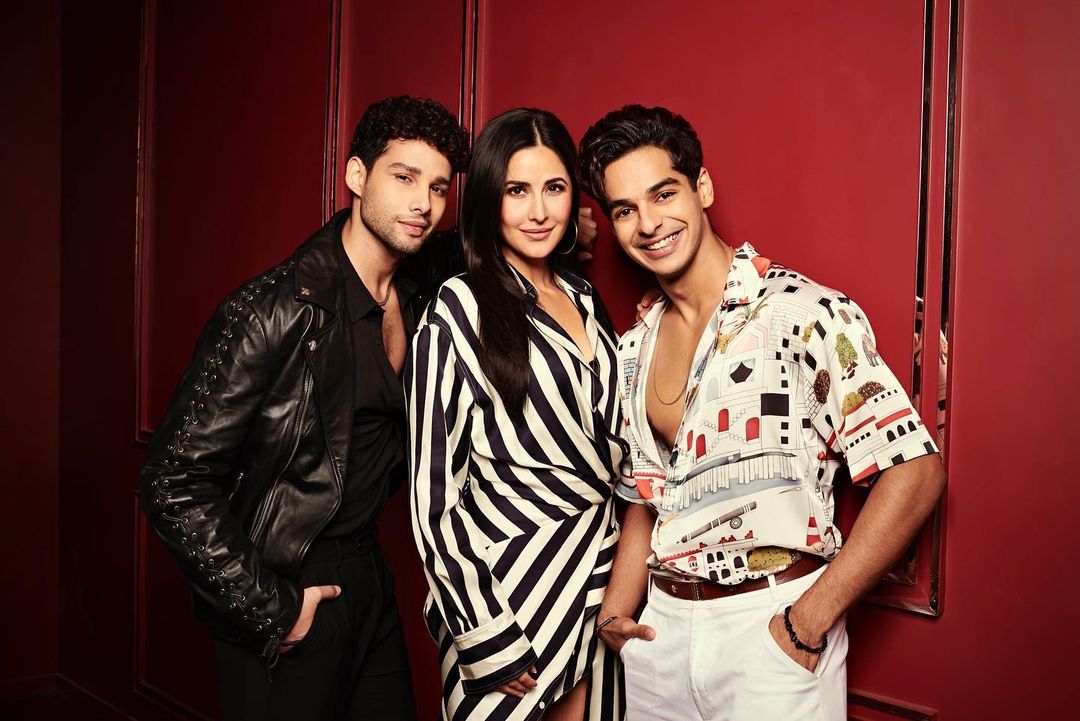 Siddhant Chaturvedi on his nepotism jibe at Ananya Panday

KJo asked Siddhant Chaturvedi about his nepotism comment on the Actors Roundtable of 2019. The filmmaker said that while it came from a very strong place in his heart, Ananya received the bitter end of it. To this, Siddhant replied that he had no intention of causing any kind of hurt or harm to anybody. He further added that it was his truth and that he would always say it.

During the rapid-fire round, Karan Johar asks Katrina about the most adorable thing Vicky has done for her. The Tiger 3 actress shared that he did a 45-minute-long concert for her on her recent birthday where he danced to all her songs, just to cheer her up and bring a smile to her face.

For the very first time, Ishaan Khatter broke silence about his breakup with Ananya Panday. When asked about his status with Ananya at the moment, the Phone Bhoot actor replied, “Yeah, I mean, I would hope to have her as a friend for the rest of my life. She is one of the most wonderful people I have known. She is a sweetheart, she really is. Anyone who has met her would say this. She genuinely is a sweetheart. And all pulpy questions aside, she is someone who is very dear to me and will always remain so.”

While Alia Bhatt dismissed the concept of suhaag raat and called it a ‘myth’ in her episode, Katrina Kaif responded to it and said, “It does not always have to be a suhaag raat. It can also be a suhaag din.”