Kriti Sanon opts for comfy printed black t-shirt as she gets papped at the airport; PICS

Kriti Sanon has a jam packed movie slate ahead with films like Bhediya, Adipurush, Shehzada and Ganapath Part 1, up for release within the next 6 months. Kriti Sanon is all smiles as she gets papped at the Mumbai (Credit: Viral Bhayani)

Kriti Sanon is one of the most popular actresses in the Hindi film industry. Ever since her Bollywood debut in the 2014 film Heropanti alongside Tiger Shroff, Kriti has been constantly in the limelight. With every performance, the actress is showcasing her acting mettle and proving her worth. She is one of the busiest actresses in the Industry with as many as 4 movie releases of hers, scheduled in the next 6 months. The actress had gone on a family trip to France and she shared some exotic photos and videos from the trip, which left her followers in awe. She returned back from her family holiday late at night,

Kriti Sanon got spotted at the Mumbai airport late at night. She wore a comfortable printed black v-necked t-shirt and walked to the parking lot. On her way, she was swarmed by many fans who wished to click photos with her. She graced every fan with her photos. Her mother too stood behind her, as she saw her daughter get clicked by the shutterbugs. Kriti headed to her car and before getting in, she graced the paparazzi with a smile and photos of her. From the look of it, it seems like Kriti had a jolly good time in France with her family.

Have a look at Kriti Sanon's photos from the airport at night as she got papped: 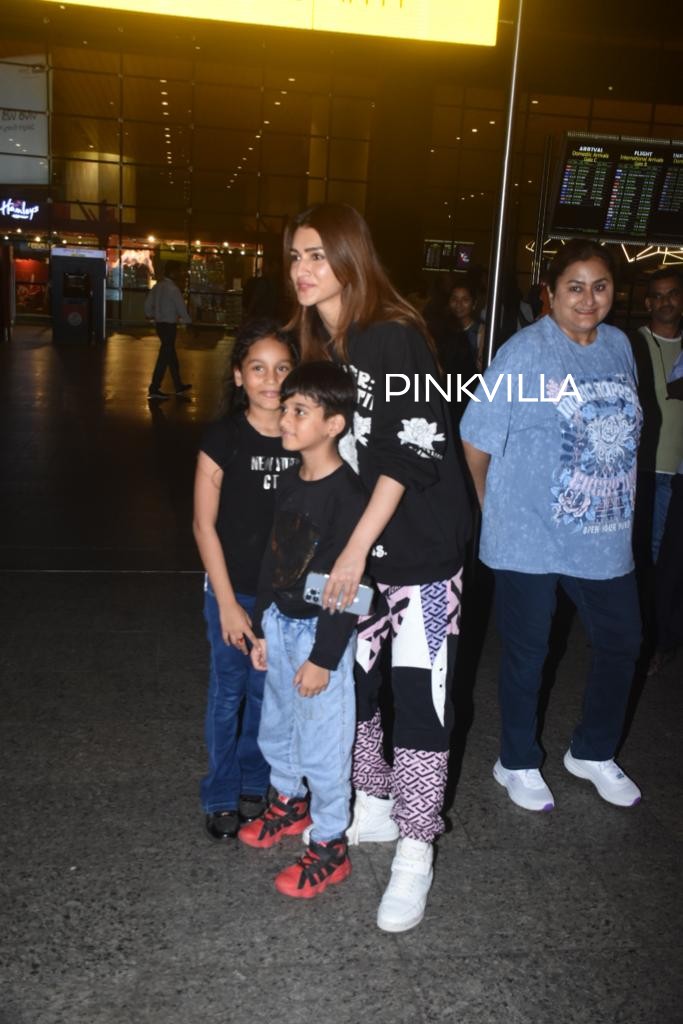 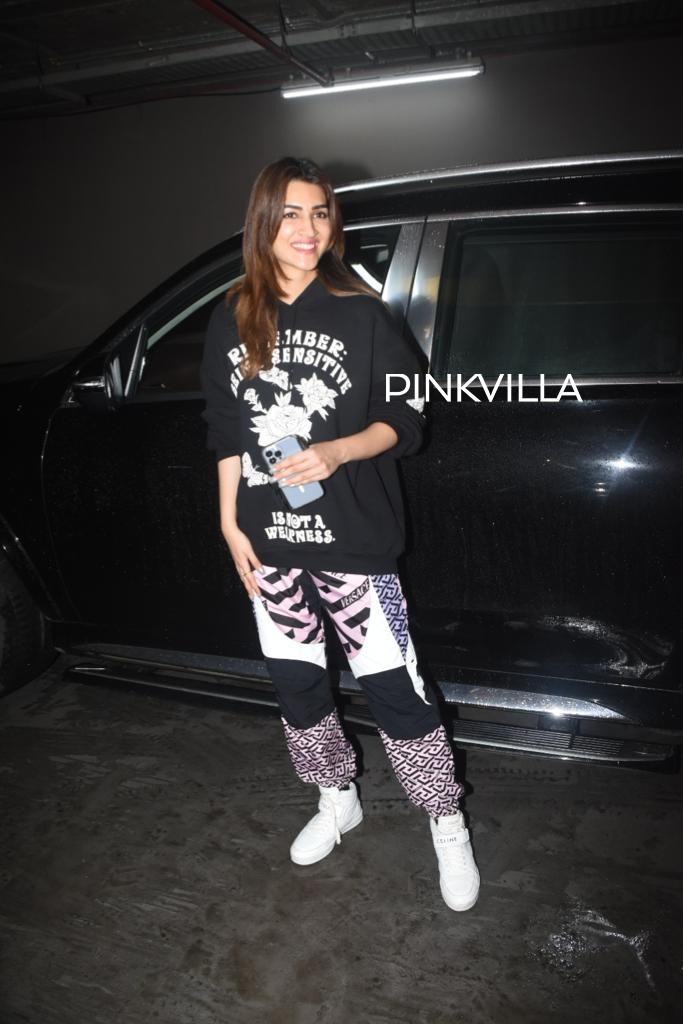 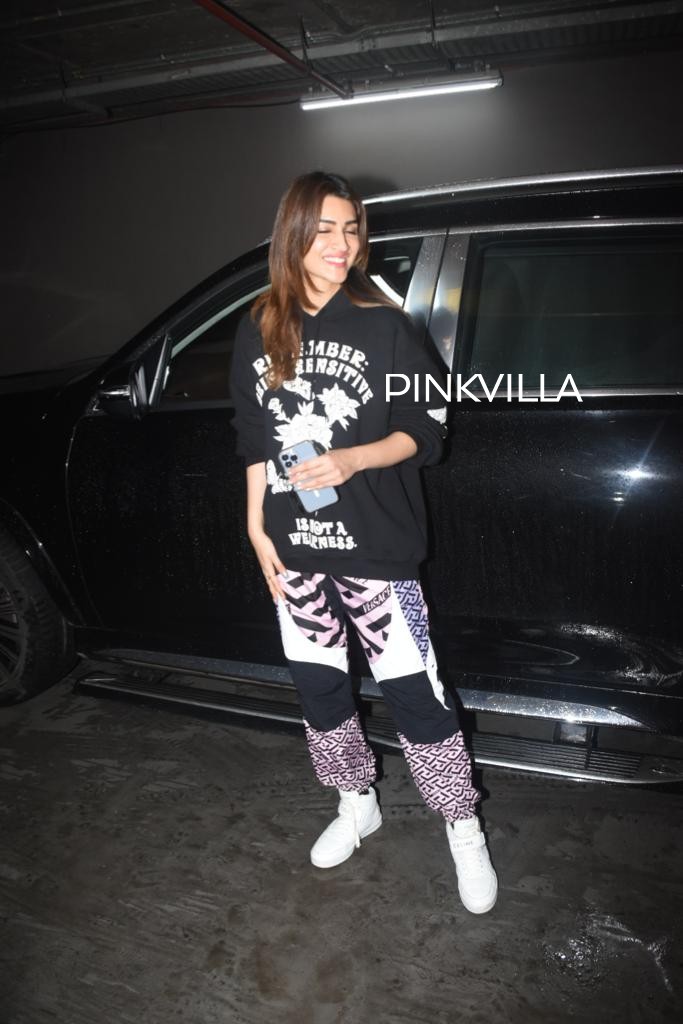 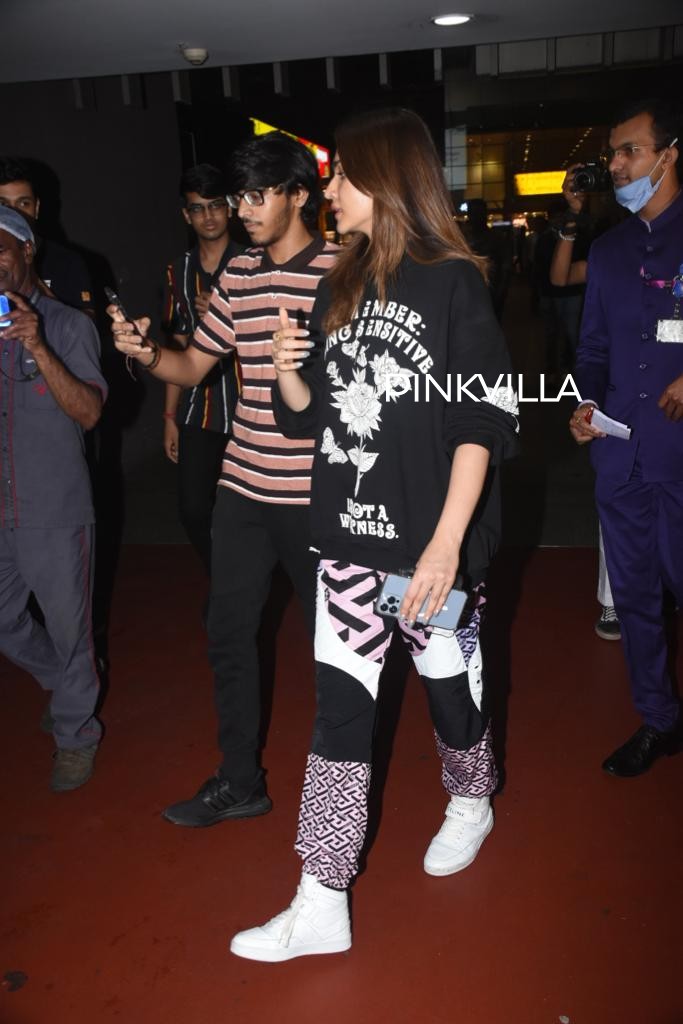 On the work front, Kriti Sanon has a few interesting projects in the pipeline. She finished shooting with her Luka Chuppi co-star Kartik Aaryan on Shehzada, directed by Rohit Dhawan. She also has Ganapath up for release, where she reunites with her debut co-star Tiger Shroff and Bhediya with her love interest in Dilwale, Varun Dhawan. The biggest of the lot however is Om Raut's Adipurush with Prabhas and Saif Ali Khan, which sees a mid January release. The Mimi actress has also turned into an entrepreneur, 8 years after her acting debut. She has co-founded the startup, 'The Tribe' along with Anushka Nandani, Karan Sawhney, and Robin Behl. Her company will offer virtual products like workshops and specific diet plans.

ALSO READ: Kriti Sanon shares a serene reel as she travels in Ladakh: Soaking in the beauty Kriti Sanon in blue heads to Ayodhya with Om Raut,...