Kriti Sanon shares a fun video with her ‘Bhediya’ co-star Varun Dhawan, drops a major update on the film’s teaser. Bhediya marks the second collaboration of Kriti Sanon and Varun Dhawan after Dilwale.

Kriti Sanon and Varun Dhawan are set to share the screen once again in Bhediya, the upcoming horror comedy. The popular stars will soon start shooting for a special song number for the film and are currently busy with the rehearsals for the same. Meanwhile, both Varun Dhawan and Kriti Sanon are also treating their fans and followers with some fun videos from their rehearsal sessions. The Bhediya pair is clearly winning hearts with their exceptional chemistry in the Instagram videos, which are now winning the internet.

Kriti Sanon shared a special video with Varun Dhawan today on her official Instagram handle. In the video, Varun is once again seen teasing her, saying that it is Kriti’s 2nd day at the rehearsals after returning from Europe. The actress teased her co-star in return for his ‘Bhediya’ beard, which has now grown back. Varun is seen asking when is the teaser coming. Even though Kriti didn’t reply to his question in the video, she shared it on her Insta post and wrote: “Can’t say when the teaser’s coming.. can just say it is (fire emoji) P.S I like the Bhediya beard! @varundvn”. 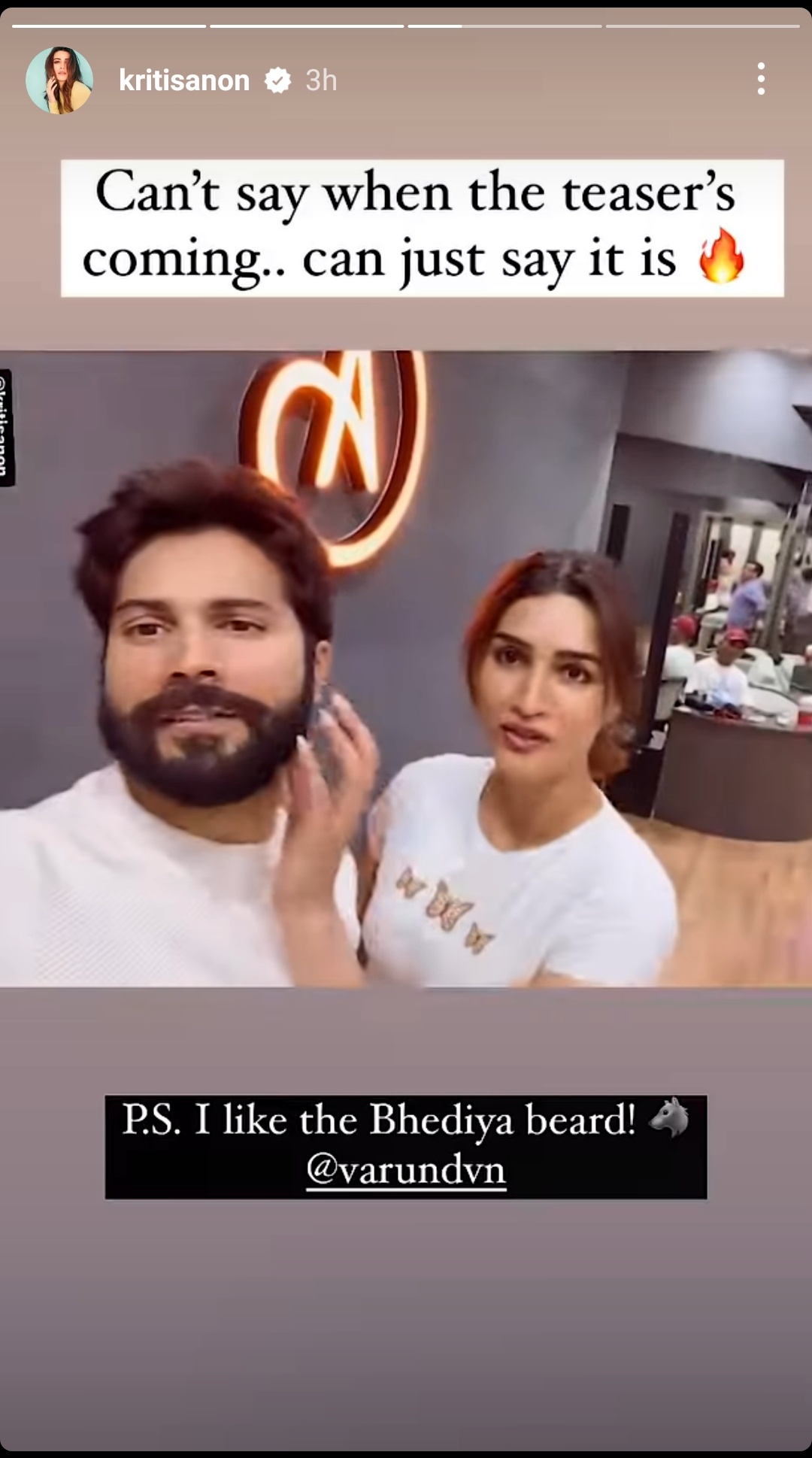 For the uninitiated, Bhediya marks the second onscreen collaboration of Varun Dhawan and Kriti Sanon. The popular actors have earlier shared the screen in Rohit Shetty’s Dilwale, in which they shared the screen with Bollywood’s most-loved onscreen pair, Shah Rukh Khan and Kajol.

Bhediya, which reportedly revolves around the concept of werewolves, is helmed by Amar Kaushik. The movie, which is the third installment of producer Dinesh Vijan’s horror comedy universe after Stree and Roohi, is slated to hit the theatres on November 25 this year. A major announcement regarding the teaser release date of Bhediya is expected to be out very soon.

ALSO READ: Bhediya duo Varun Dhawan and Kriti Sanon twin in white as they get spotted in the city; PICS