Maheep Kapoor left Sanjay Kapoor dumbfounded after she shared that she wished to make a necklace by dipping her kids’ milk teeth in gold. If you’ve watched the second season of The Fabulous Lives Of Bollywood Wives, you may remember Maheep Kapoor sharing that she wanted to make a necklace using her children’s milk teeth dipped in gold. Sanjay Kapoor was left stunned by the bizarre idea. If you thought Maheep was joking about it, you’re wrong. Looks like the necklace is finally being made, and Maheep is super-excited about it! She took to her social media to share a glimpse and asked her fans if they were excited to see the necklace.

Maheep Kapoor took to her Instagram story and shared a short video clip that shows the necklace in the making. We can see a dainty silver necklace with Shanaya Kapoor and Jahaan Kapoor’s milk teeth placed around it. The clip also shows pictures of Shanaya and Jahaan from their childhood. Sharing the video, Maheep wrote, “In the making! My babies milk teeth necklace #DippedInGoldMilkTeeth.” In another story, Maheep asked her fans if they are excited to see the final result. “Are you excited to see how it turns out?” asked Maheep. A third Instagram story shows that Maheep is extremely excited about the necklace, and can’t wait to wear it. Check it out below! 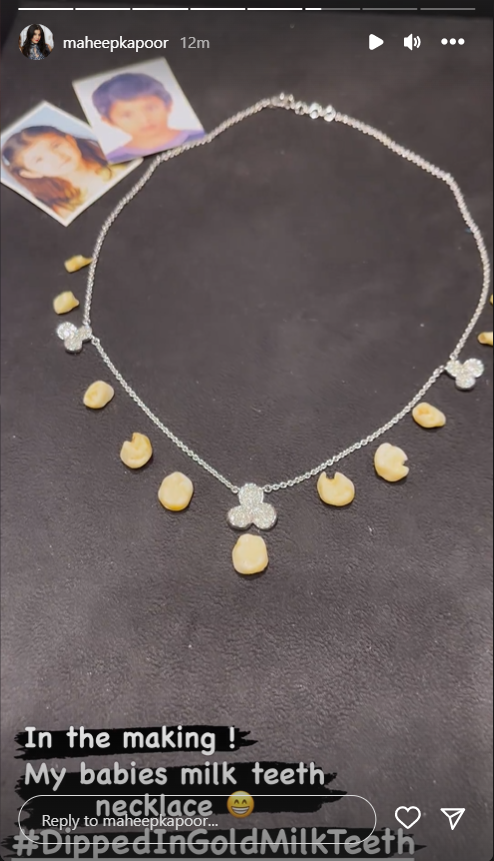 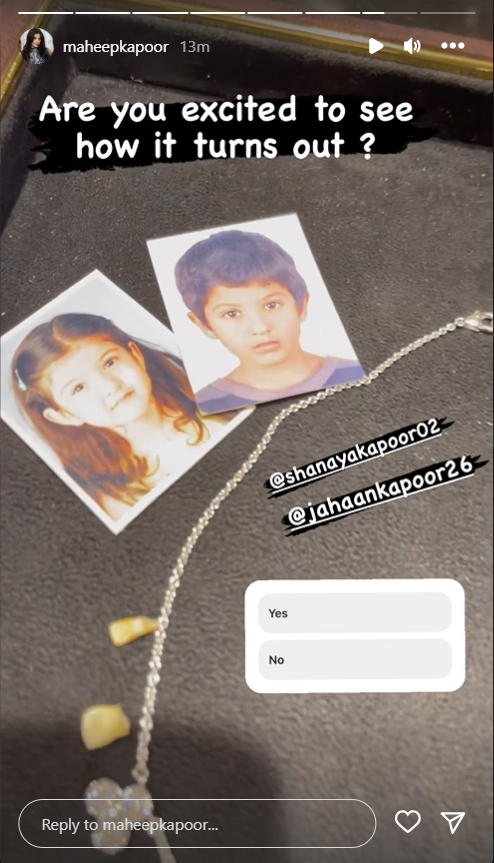 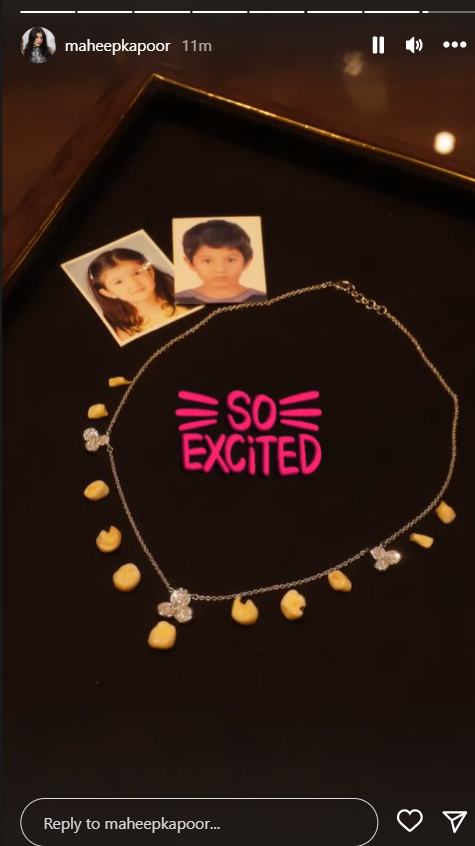 On Fabulous Lives Of Bollywood Wives season 2, Maheep was seen telling Sanjay, “I needed to show you something because I wanted to get this made for myself. Which one should I get made? I have got Shanaya and Jahaan’s milk teeth. So either I dip this in gold and make a necklace. Or I’ve got their umbilical cords.”

Sanjay Kapoor laughed it off, and asked, “Have you lost it?” Maheep shared that she can also put the umbilical cord in a locket and wear it so it stays close to her heart. Maheep’s ideas left Sanjay chuckling. “I’m going to dip their milk teeth in gold and make a chain, and it’s gonna be cool and people are gonna love it. And they’re going to regret not saving it all,” said Maheep. Shanaya Kapoor looks every inch of a diva as she f...