Sonam Kapoor and Anand Ahuja welcomed their first child on August 20, 2022. On the occasion of their son's first month birthday today, the couple named their child Vayu Kapoor Ahuja. The duo shared the first picture of Vayu and explained the meaning behind his name. In the picture, Sonam, Anand, and their baby can be seen dressed in matching yellow outfits. Now, Maheep Kapoor took to her social media handle and shared a sneak peek of their son Vayu's room.

Taking to her Instagram story, Maheep captioned the photo: "Vayu Kapoor Ahuja room. #socute." To note, Sonam is Maheep's niece,  who is married to her youngest uncle Sanjay Kapoor. Revealing the name, Sonam and Anand Ahuja wrote, “In the spirit of the force that has breathed new meaning into our lives...In the spirit of Hanuman and Bheem who embody immense courage and strength...In the spirit of all that is sacred, life-giving, and eternally ours, we seek blessings for our son, Vayu Kapoor Ahuja.” 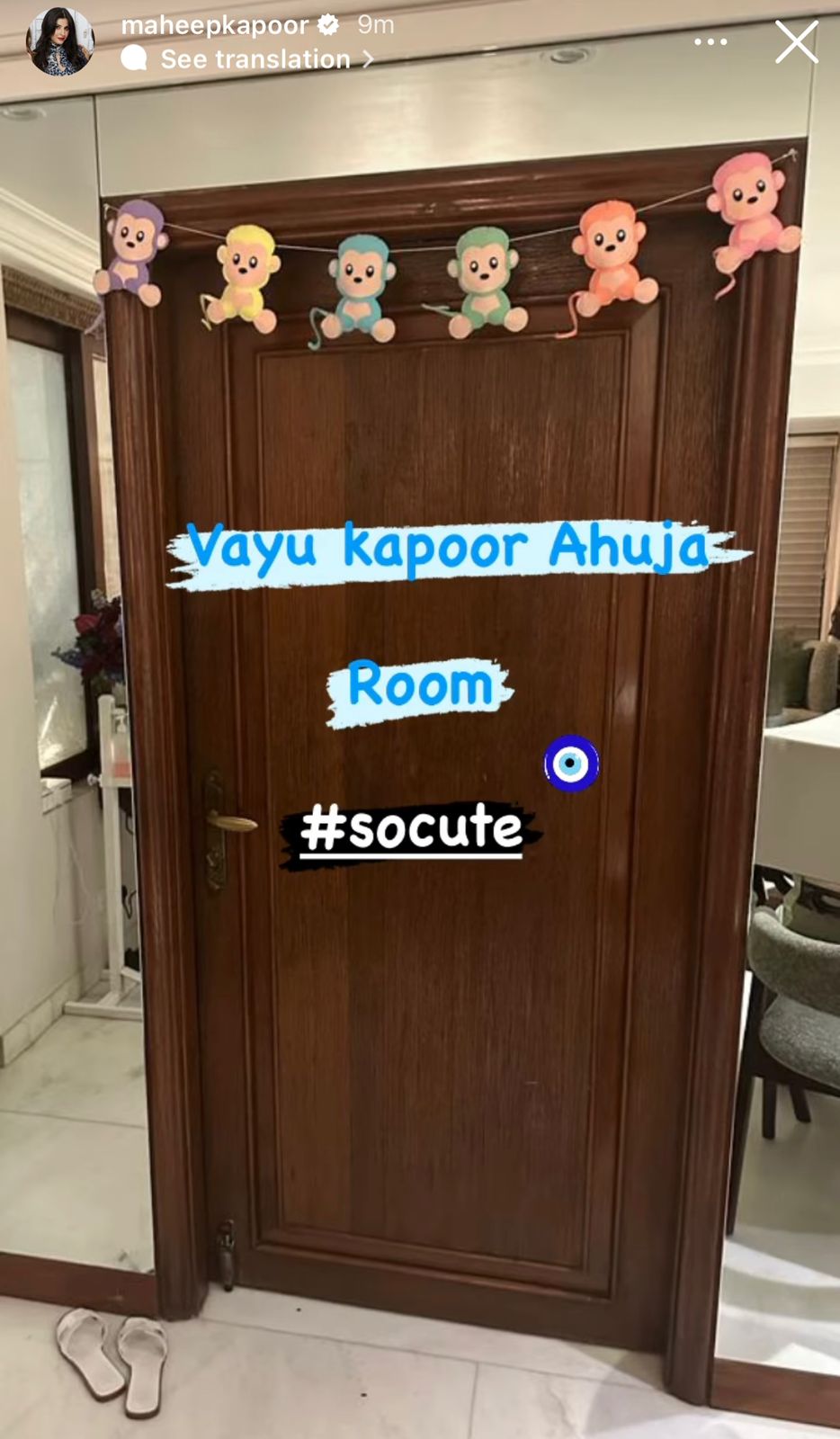 The couple added; “In Hindu scriptures Vayu is one of the paanch tatvas. He is the deity of breath, the spiritual father of Hanuman, Bheem and Madhav and He is the incredibly powerful lord of wind. Praana is Vayu, a guiding force of life and intelligence in the universe. All the deity's of Praana, Indra, Shiva and Kali relate to Vayu. He can breathe life into beings as easily as he can destroy evil. Vayu is said to be heroic, brave and mesmerisingly beautiful. Thank you for your continued wishes and blessings for Vayu and his family.”

Meanwhile, Maheep Kapoor is all set to make her debut on Karan Johar's most-talked about and most-loved celebrity chat show, Koffee with Karan this season. Gauri Khan and Bhavana Pandey will be accompanying her on Koffee With Karan S7.