Malaika Arora defines effortless style in a co-ord set as she gets clicked in the city; PICS

Malaika Arora was snapped in Bandra. Check out her pics. Malaika Arora defines effortless style in a co-ord set as she gets clicked in the city; PICS

Malaika Arora is a stunner and undoubtedly one of the hottest actresses we have in the industry. She is known for having a svelte silhouette and a fit body. The actress is the epitome of fashion and never fails to amaze fans with her drop-dead gorgeous looks every time she steps out in a gym outfit or an haute couture gown. The 48-year-old also enjoys a massive fan following on social media and from sharing her glamorous photo shoots and fitness videos to loved-up photos with friends and family, Malaika likes to keep it real on social media.

Malaika is a true fashionista when it comes to fashion and style statements. Today, the gorgeous actress was clicked by the shutterbugs in Bandra. She looked stylish as ever in a light blue striped co-ord set. Stepping outside her car, Malaika radiated freshness as she chose to wear a loosely fitted white striped shirt with shorts. She paired the look with casual footwear 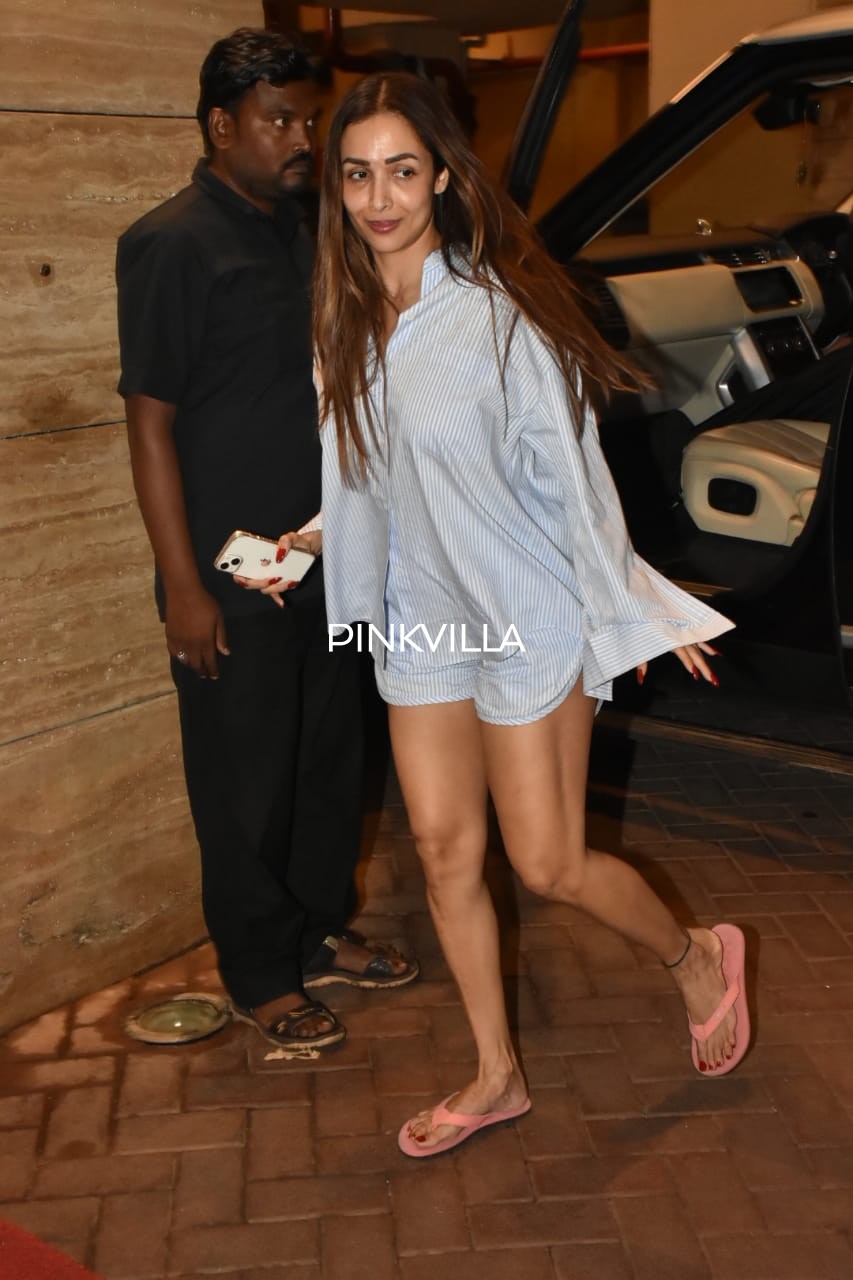 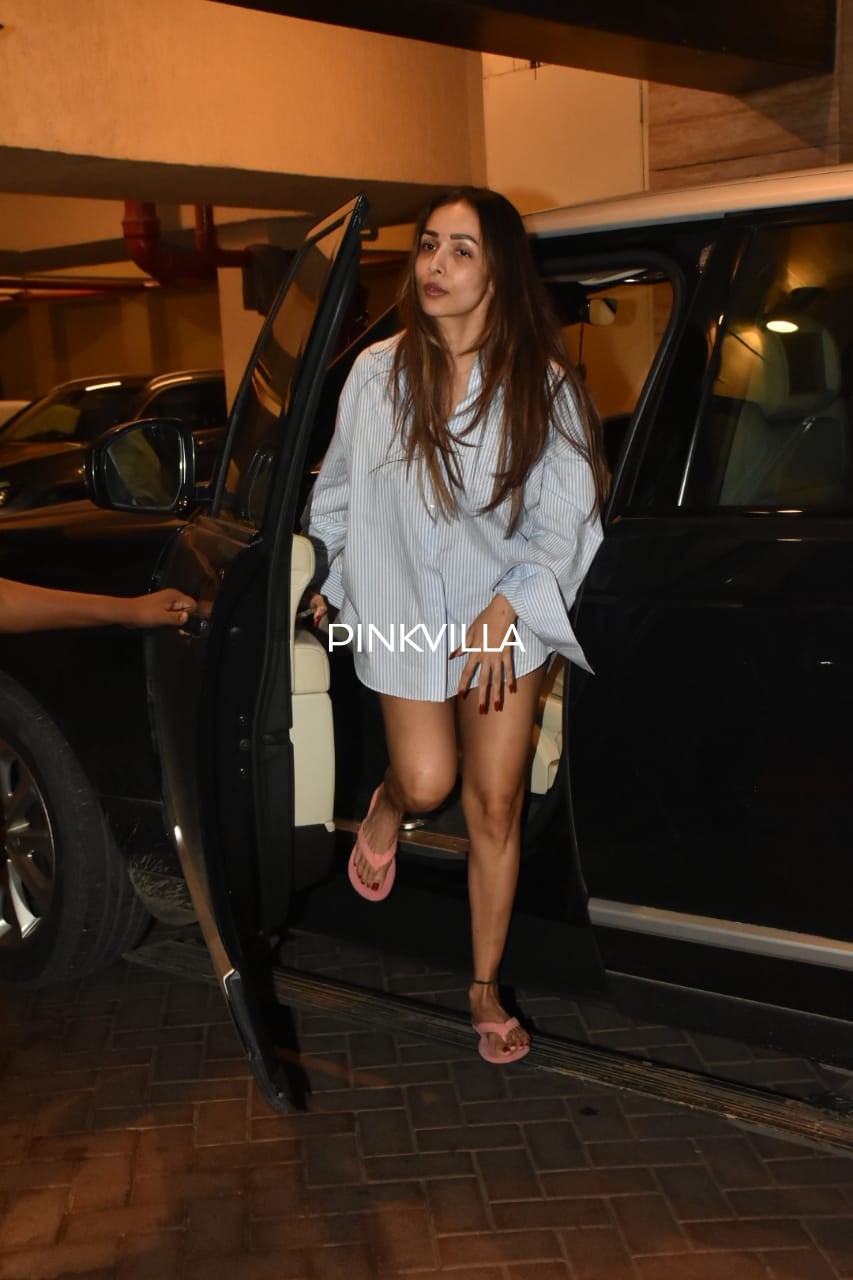 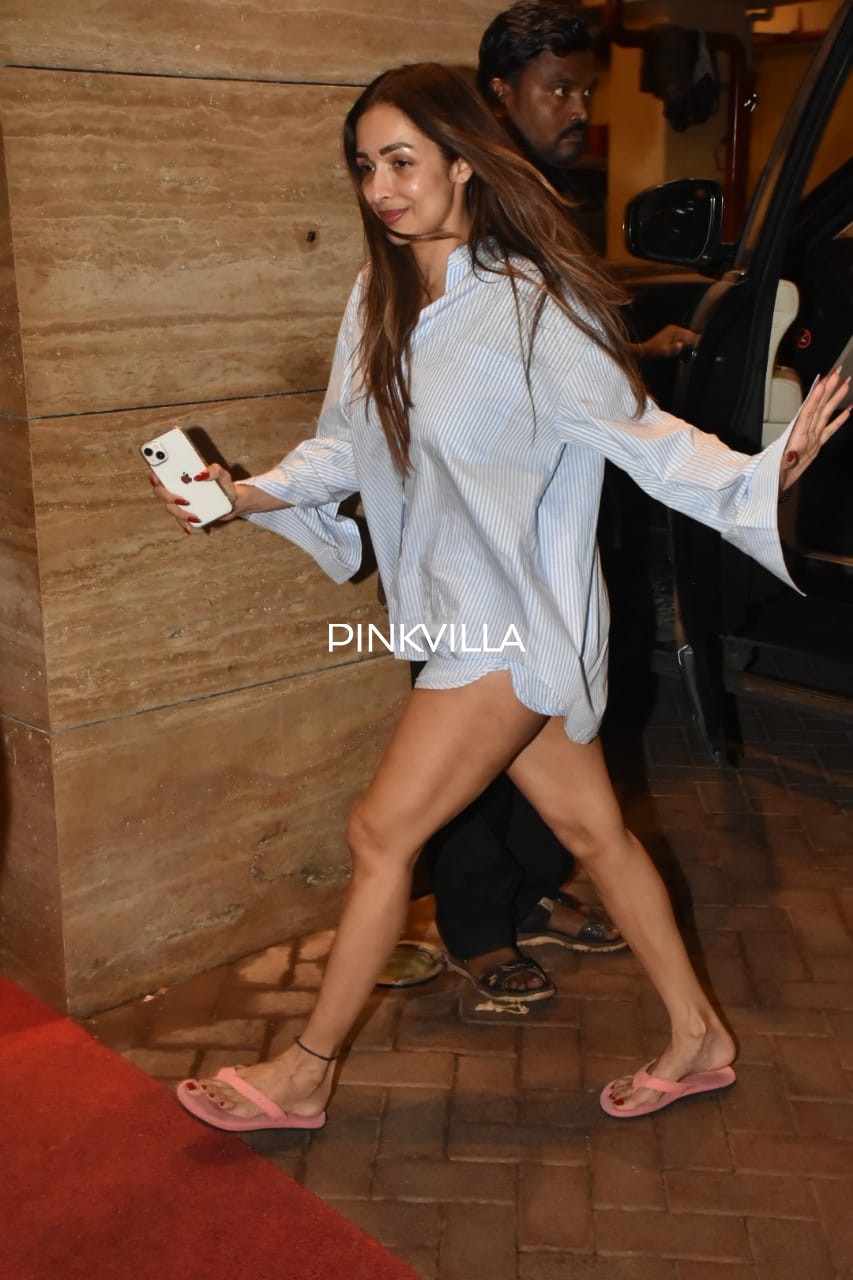 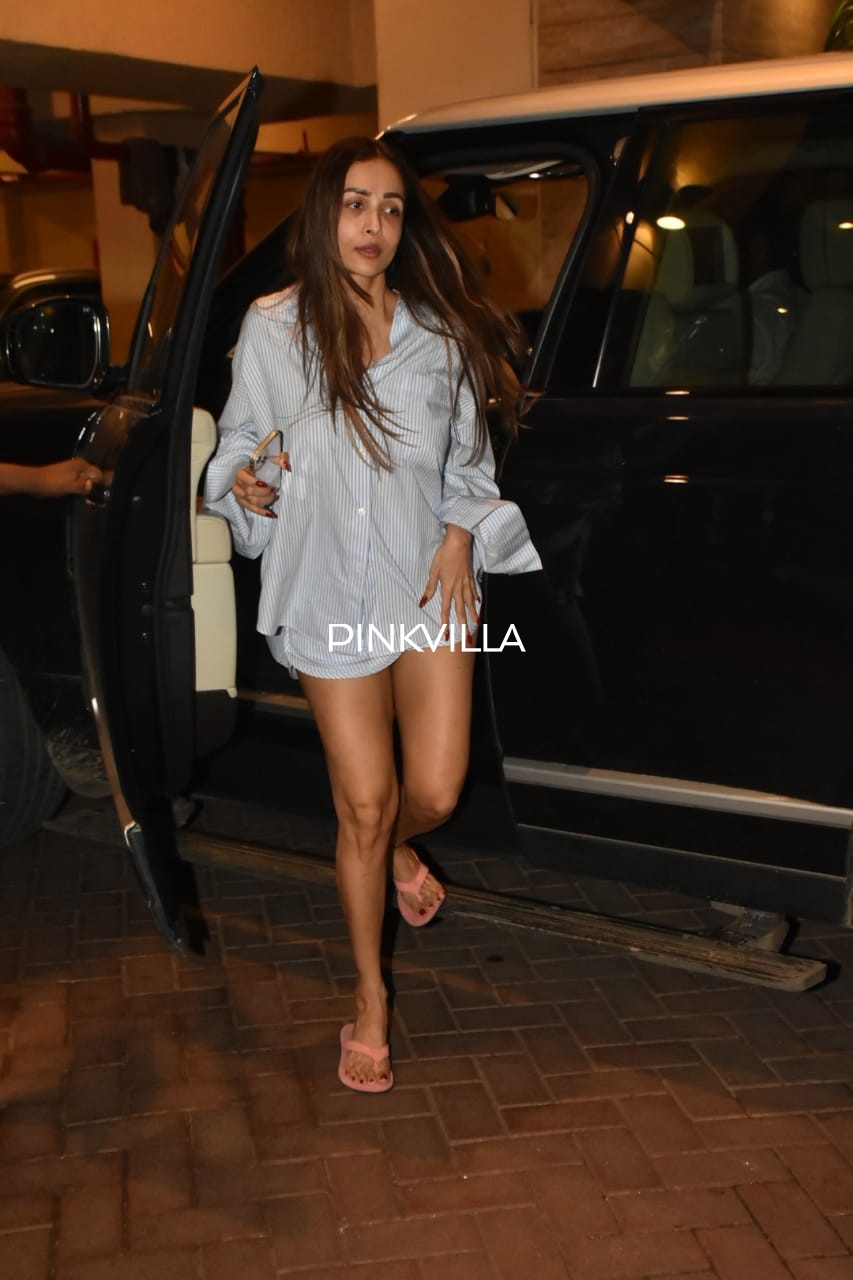 Earlier, in a chat with Malaika, Pinkvilla asked her what she feels about maintaining the tag of being 'sexy' all these years. Replying to this, she said, “My god, I really held on to that tag! I'm not letting go anytime soon. It's like, when you bestow somebody a title, or a crown or something, you hang on to it forever. So, I guess, I've just hung on to this tag. So, I’ve always said it, I've said it back then, I say it now. It sounds repetitive, but I've always said that I'd rather be known as sexy and spicy and all of that, than being known as pheeki (plain) and thandi (bland). I like that and I've always been known like that. I'm a very feisty person by nature, so honestly, it's not a conscious thing. Because I've been termed as, you know, ‘oh she's sexy’ that I've to live up to that standard. I do not believe in that. I just feel it's part and parcel of the person that I am."

To note, Malaika Arora has been dating Arjun Kapoor for a while and they are going strong in their relationship. While Arjun Kapoor is 36, Malaika Arora is 48. Due to the age gap between the two, the couple has always been subjected to unnecessary scrutiny and trolling many times.

On the work front, Malaika was last seen as one of the judges in the dance reality show India's Best Dancer, alongside choreographers Terence Lewis and Geeta Kapur. Malaika Arora's party glam was a thing of chic wit... Deepika Padukone ups her fashion game with a denim...