Bipasha Basu is expecting her first child with hubby Karan Singh Grover. The duo is one of the most loved power couples in Bollywood and they shell out couple goals time and again. The two tied the knot on April 30, 2016, after dating each other for a few years. Meanwhile, Pinkvilla was the first to break the wonderful news recently, on August 16, 2022, Bipasha and Karan confirmed the pregnancy on their social media handles with a maternity photoshoot.

Just a while ago, the Bachna Ae Haseeno actress and Karan were seen at a hospital together in the city. Taking to her Instagram handle, Bipasha shared a picture of Karan and said that he is on 'Dad duty.' She captioned the picture: "Hospital. Dad duty. Always has to carry my bag too. My cutie." In it, Karan is seen donning a black round-neck T-shirt and teamed it up with grey pair of denim jeans. He is also seen carrying Bipasha's orange colour tote bag around his neck as he posed for the picture. 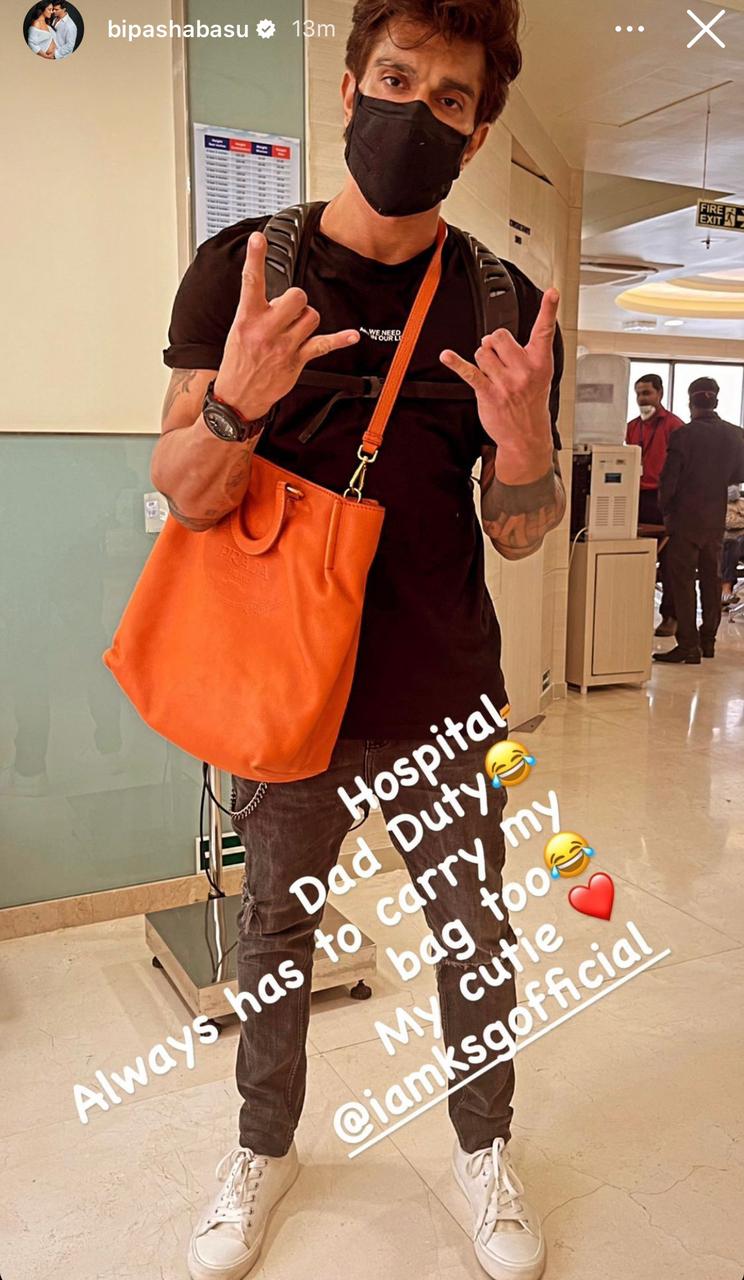 Recently, Bipasha band Karan hosted a baby shower in Mumbai for their close family and friends. The actress wore a peach gown, while Karan wore a blue suit.

Meanwhile, Bipasha announced her pregnancy in August this year. "A new time, a new phase, a new light adds another unique shade to our prism of life. Making us a little more whole than we used to be. We began this life individually and then we met each other and from then we were two. Too much love for only two, seemed a little unfair for us to see...So soon, we who once were two will now become three. A creation manifested by our love, our baby will join us soon and add to our glee," read her announcement note.

Bipasha Basu kisses feet of daughter Devi in new a...