Navya Nanda ventures into podcasting with 'What The Hell Navya'. Navya Naveli Nanda is the daughter of Amitabh Bachchan and Jaya Bachchan's daughter Shweta Bachchan Nanda. Although she hasn't really entered showbiz, the star kid is causing ripples on social media with her newest venture. Navya has not followed the footsteps of her grandparents by debuting in the film world. Instead, just like her father Nikhil Nanda, she has embarked on an entrepreneurial journey with her very own podcast, 'What The Hell Navya'.

Navya has collaborated with India's biggest podcast platform, Indus Vox Media, for her own podcast show, 'What The Hell Navya'. The podcast series will have Navya conversing with some very special guests and it is expected to be raw, real, witty, and deeply personal, as stated by her, in her Instagram post, where she shared a behind-the-scenes clip of what went behind creating her own podcast series. She was bestowed with a lot of love in the comments section of her post. Suhana Khan could not contain her excitement. Shanaya Kapoor and Ananya Panday too expressed their happiness on this massive news shared by Navya. Apart from them, her mother Shweta Bachchan, uncle Amitabh Bachchan and Sonali Bendre too commented on her post and encouraged her. Angad Bedi and Neha Dhupia approved of it by liking her post. Abhishek Bachchan went on to re-share her post on his Instagram stories as well.

Have a look at the comments under Navya's post: 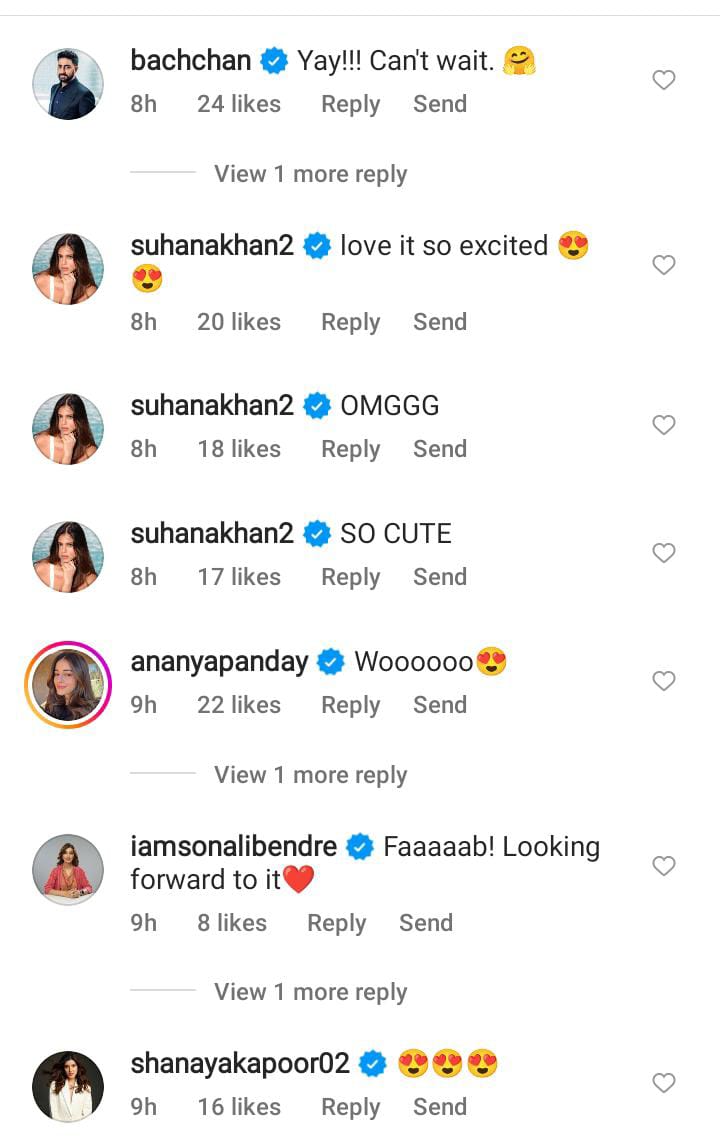