Riddhima Kapoor Sahni walks the ramp and Neetu Kapoor cheers for her virtually. Riddhima Kapoor Sahni, the daughter of Neetu Kapoor and late actor Rishi Kapoor has always stayed away from Bollywood and the limelight, unlike her family members. However, the star daughter who is a jewellery designer by profession is now garnering attention with her latest appearance at the London Fashion Week. Riddhima Kapoor Sahni walked the ramp at London Fashion Week for the Riddhima x Punjab Jewellers exclusive collection. Mom Neetu Kapoor turned cheerleader for Riddhima as she walked the ramp along with a little girl, today.

The proud mother took to her official Instagram handle and shared glimpses of her daughter’s ramp walk. In the videos, both Riddhima Kapoor Sahni and the little girl with her are seen in sequinned outfits. Riddhima is seen wearing a statement uncut diamond necklace from the collection, while the kid completed her look with oversized sunglasses. Later, Riddhima Kapoor Sahni also walked the ramp for designer Helen Anthony, where she was seen wearing an oversized long coat with matching trousers. 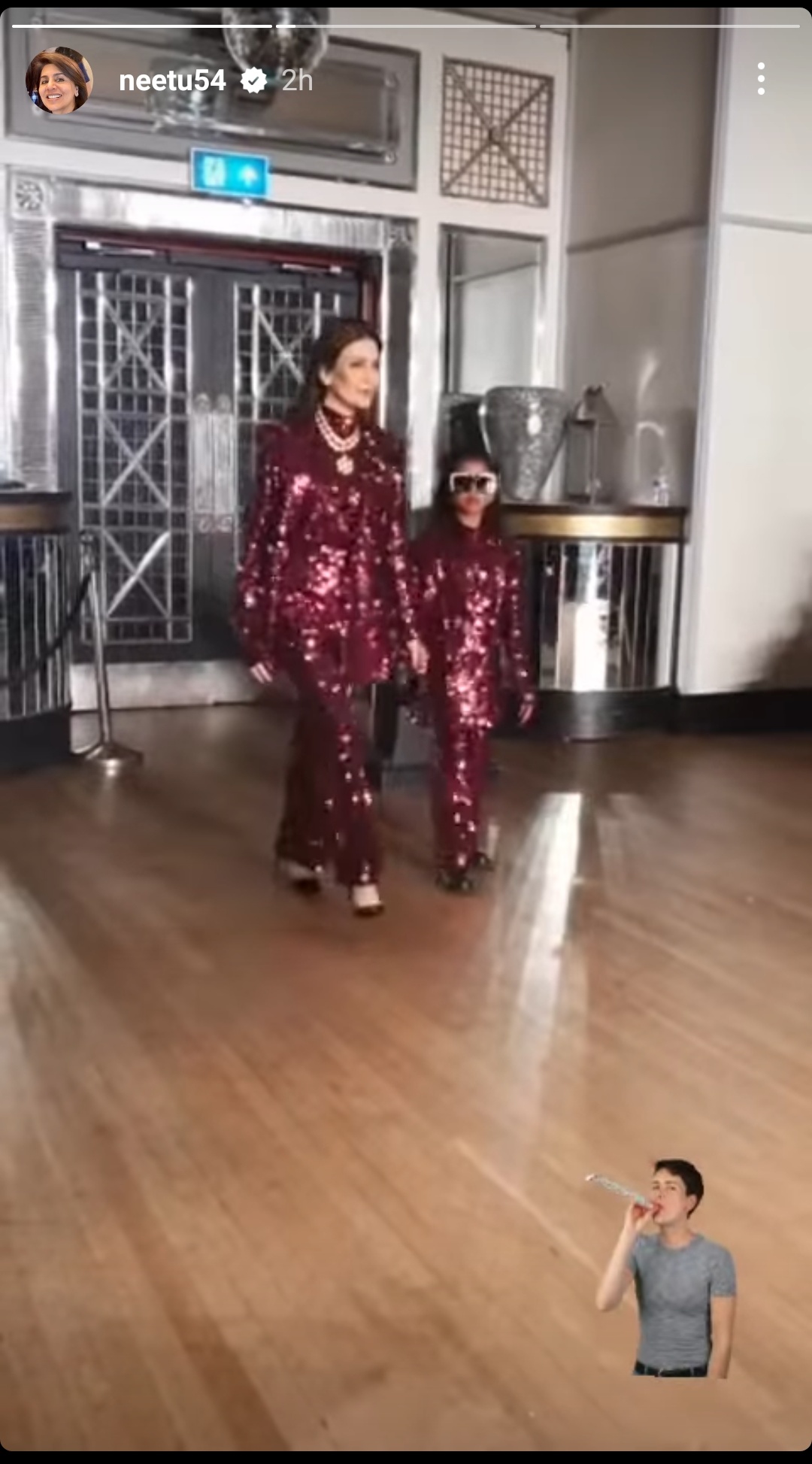 Coming to Riddhima Kapoor Sahni’s career, she has launched a jewellery label named Riddhima Kapoor Sahni Jewellery, which specialised in both minimal and statement ornaments. On the personal front, Riddhima is married to entrepreneur Bharath Sahni, and the couple is blessed with a daughter, Samara.

Neetu Kapoor, on the other hand, made a fantastic comeback to films with the recent blockbuster, JugJugg Jeeyo. The actress earned rave reviews for her performance as Geeta Sahni, a middle-aged Punjabi woman who is betrayed by her husband, in Raj Mehta’s film. She will be next seen in Milind Dhaimade’s untitled film, along with Sunny Kaushal and Shraddha Srinath. The movie, which is touted to be a coming-of-age film, revolves around the relationship dynamics of a mother and her son.