Neetu Kapoor wishes Kareena Kapoor Khan on her birthday; Calls her 'beautiful inside out'

Neetu Kapoor shared a lovely selfie with Kareen Kapoor Khan and wished on her birthday; CHECK

Neetu Kapoor wishes Kareena Kapoor Khan on her birthday; Calls her 'beautiful inside out' Kareena Kapoor Khan is celebrating her 41st birthday today. Bebo remains one of the most sought-after actresses of Bollywood, even after completing two decades in the industry. Kareena Kapoor Khan, who was last seen in the recently released film Laal Singh Chaddha, had earned rave reviews for her brilliant performance in the Aamir Khan starrer. The actress has once again proved that age is just a number with her career choices and unparalleled stardom. As Kareena turned a year older today, her fans and well-wishers are now showering her with warm wishes.

Meanwhile, Kareena Kapoor Khan's Chachi Neetu Kapoor took to her official Instagram page and wished her dear niece with a lovely message. The senior actress shared a lovely selfie with Bebo on her Instagram story and wrote: “Happy birthday beautiful inside out @kareenakpoorkhan” In the picture, Kareena looks simply gorgeous in her white kurti. The Laal Singh Chaddha actress completed her ethnic look with silver jhumkas and a bindi. Neetu Kapoor, on the other hand, looks beautiful in a blue kurti, which she paired with silver ornaments. 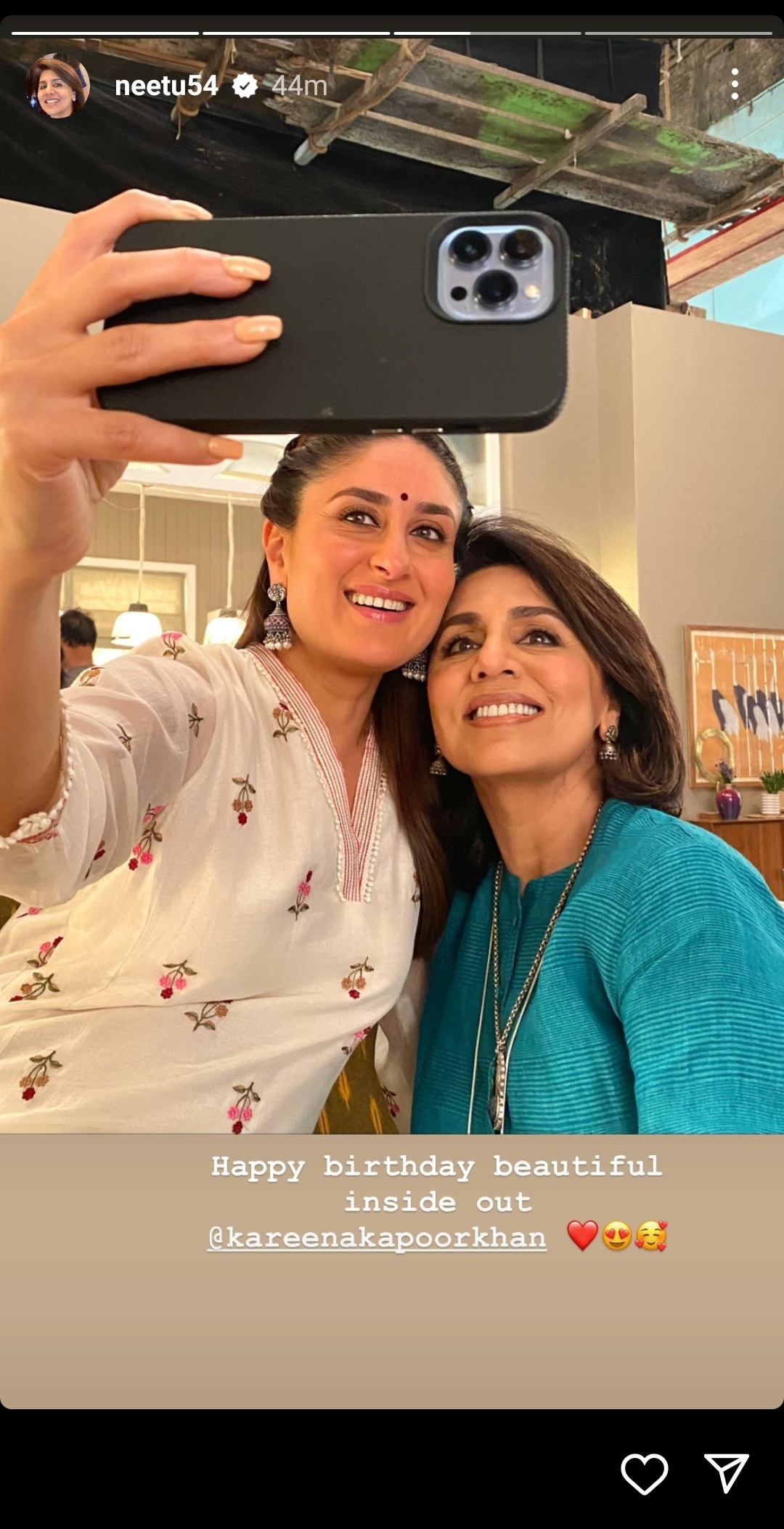 Kareena Kapoor is the daughter of actors Randhir Kapoor and Babita. Neetu Kapoor, on the other hand, is the wife of Randhir Kapoor’s younger brother, late actor Rishi Kapoor. The actress has always shared a close bond with both Rishi and Neetu, and their kids, Riddhima Kapoor Sahni and actor Ranbir Kapoor.

Coming to Kareena Kapoor Khan’s personal life, the actress is happily married to actor Saif Ali Khan. The couple is blessed with two sons, Taimur Ali Khan and Jeh Ali Khan. On the work front, Kareena will soon make her digital debut with The Devotion of Suspect X. The Netflix movie, which is helmed by Sujoy Ghosh, also features Jaideep Ahlawat and Vijay Verma in the key roles.