Sonam Kapoor Ahuja, the new mommy was spotted celebrating Karwa Chauth along with her friends and family. Sonam Kapoor Ahuja, the popular actress is currently enjoying maternal bliss. The Neerja actress welcomed her first child, a baby boy with her husband Anand Ahuja on August 20, this year. The much-in-love couple introduced their son, whom they have named Vayu Kapoor Ahuja to the world on social media with a special post in September. Sonam Kapoor Ahuja, who has been keeping a low profile post the birth of her little son, was recently spotted celebrating Karwa Chauth with her friends and family.

The fashionista of Bollywood was recently spotted at the Karwa Chauth celebrations hosted by her mother Sunita Kapoor at their Mumbai residence. In a picture that was clicked during the after-party, Sonam Kapoor Ahuja was seen having a great time with the guests. The new mommy looks ethereal in a rani pink silk saree, which she paired with a contrast green blouse and statement jewellery. Sonam Kapoor Ahuja completed her look with her signature make-up look and a free hair-do with soft curls. 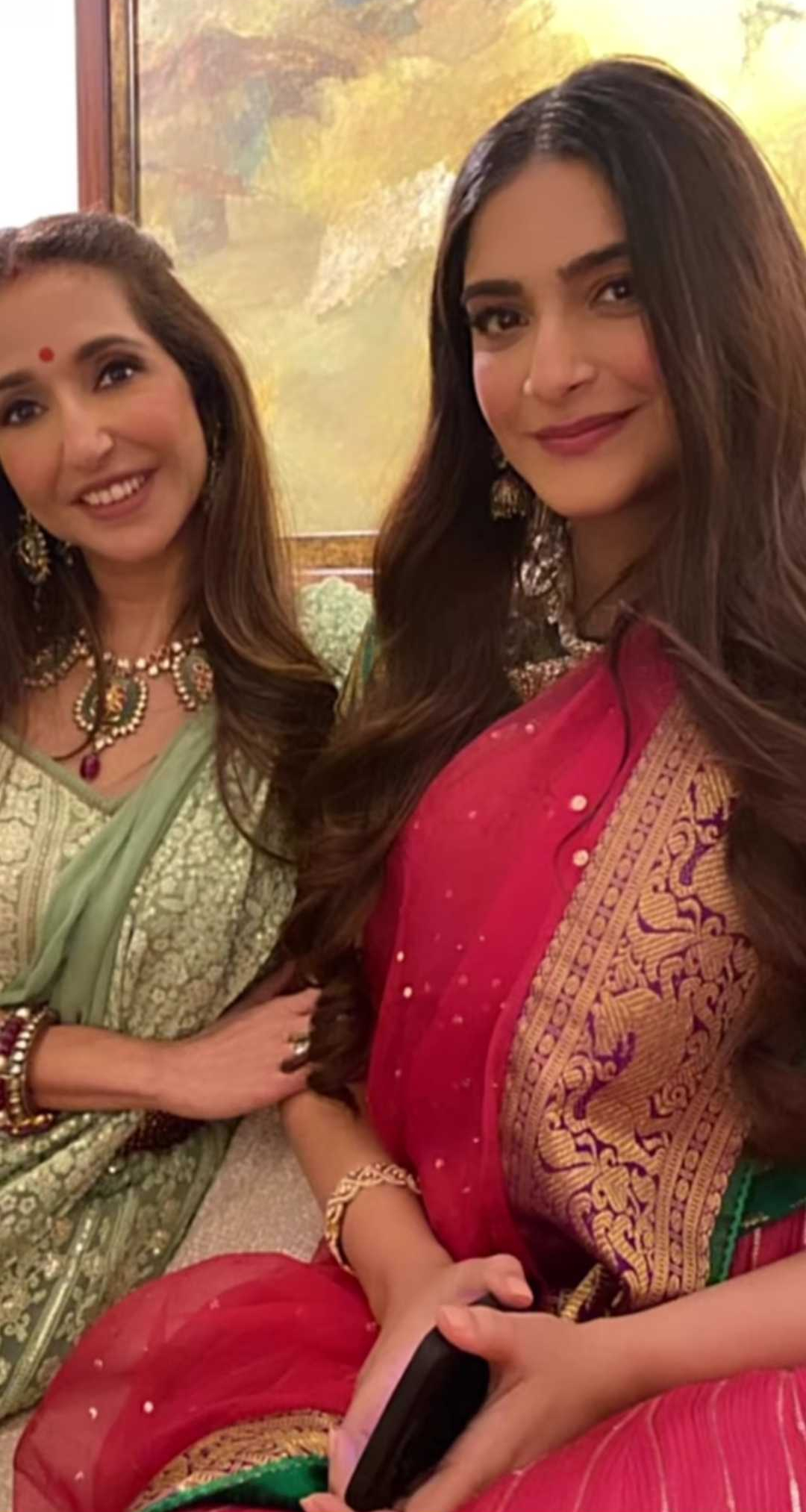 Sonam Kapoor Ahuja and her husband Anand Ahuja dropped an adorable family picture with their newborn son, which was reportedly clicked during the naamkaran ceremony, announcing his name. “In the spirit of the force that has breathed new meaning into our lives... In the spirit of Hanuman and Bheem who embody immense courage and strength... In the spirit of all that is sacred, life-giving and eternally ours, we seek blessings for our son, Vayu Kapoor Ahuja,” wrote Sonam and Anand on their Instagram posts, explaining the idea behind the name of their little son.

The National award-winning actress was last seen in the 2019-released movie The Zoya Factor. Sonam Kapoor shared the screen with Dulquer Salmaan in the movie, which was helmed by Abhishek Sharma. Later, she appeared as herself in the 2020-released Vikramaditya Motwane directorial AK vs AK, which featured her father Anil Kapoor, and director Anurag Kashyap in the titular roles.

Sonam Kapoor keeps it comfy in a kaftan as she get...

Karwa Chauth: Why and How do women celebrate this ...