From Hrithik Roshan shooting for Fighter to Priyanka Chopra voicing her opinion on giving extra credit to actors, do have a look at what grabbed the headlines of the day. Do have a look at what grabbed the headlines of the day in the world of Bollywood.

Not a single day passes in vain in the world of Bollywood. Every day is a new day here. While some of them make a fashion statement by being papped at the airport, many people are also engaged in serious filmmaking business. Today, Hrithik Roshan dropped a special message for his fans as he began shooting for his film Fighter in Assam. Do have a look at the top developments of the day.

The shooting for Hrithik Roshan and Deepika Padukone starrer ‘Fighter’ has now begun. Today morning, Deepika Padukone for papped at the airport as she headed for the shoot of her film. Hrithik and directed Siddharth Anand have reached Assam as per their shooting schedule. Moments before he began shooting for the film, Hrithik Roshan urged his fans to wish him luck. Have a look at his special request. 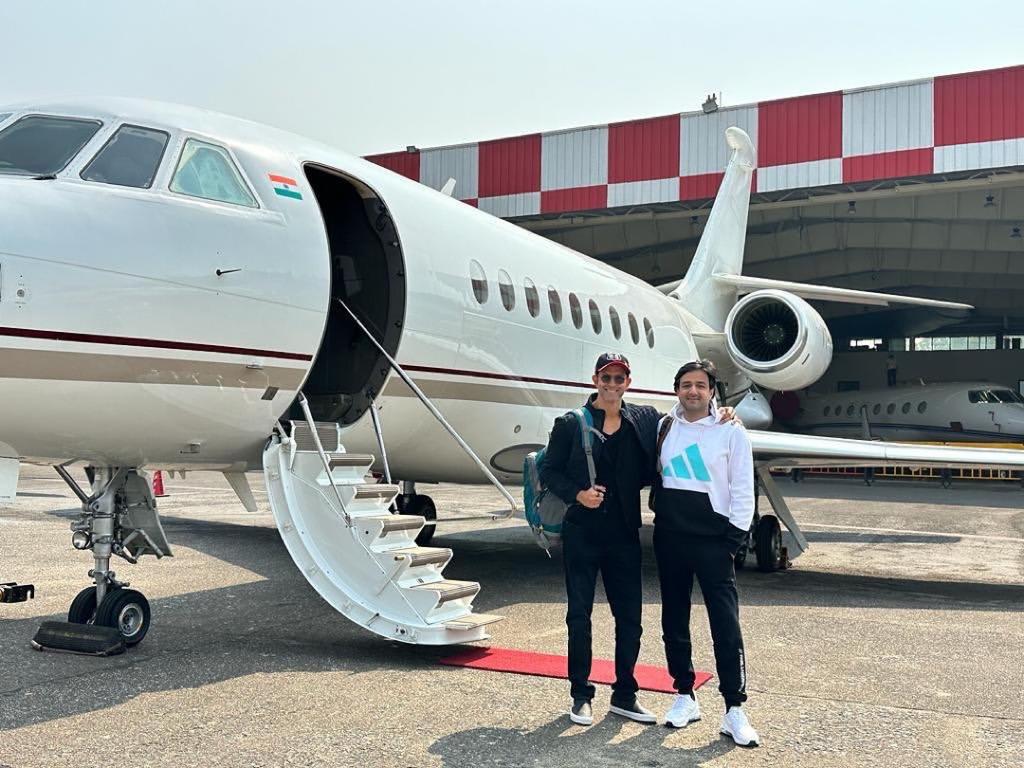 Also Read: Fighter: Hrithik Roshan has a special request to his fans as they cheer for him in Assam; WATCH

Priyanka Chopra on “giving too much credit” to actors

Popular Bollywood and Hollywood actor Priyanka Chopra has opened up on giving too much credit to actors than others involved in the filmmaking process. Chopra, who will next be seen in the Bollywood film Jee Le Zara, recently, in conversation with Janice Sequeira, said that people give too much credit to the actors, but the star of the film is the filmmaker. Read on to know more.

Also Read: Priyanka Chopra Jonas: 'We give too much credit to actors, they do nothing'

Alia Bhatt and Akansha Ranjan Kapoor are each other’s best friends in B-Town. They share a great camaraderie with each other. Recently, if news reports are to be believed, it is said that Ranbir Kapoor has joined the bandwagon of Alia-Akansha’s gossip session. Yes, you read it right! New parents in B-Town Ranbir and Alia engage in a lot of fun-filled gossips with Akansha Ranjan Kapoor. Have a look at the details.

Bollywood actor Sunny Kaushal, who will next be seen in Neetu Kapoor starrer next, has broken silence on how he feels about his bhabhi Katrina Kaif and rumoured girlfriend Sharvari Wagh. In an interview with a news portal, Sunny said that Katrina is spiritual and Wagh is very level-headed. Do read on to know what exactly he said.

The world of Bigg Boss is getting messier every day. Hosted by Salman Khan, this reality show is gaining its viewers' attention on a daily basis. Recently, contestant Shalin Bhanot has spoken ill about MC Stan’s mother following which both the contestants indulged in a physical brawl. What will happen next?

Teachers Day: From SRK to Ranveer; here are the Bo...

Have a super-year: B-Town showers love on Abhishek

Celebrity Photos You May Have Missed This Week