Katrina Kaif woke up hubby Vicky Kaushal by scaring him, Priyanka's LA wali Diwali photos and a lot more happened today. Here's everything you might have missed. Bollwood Updates are here. (Photo's of all celebs from their respective Instagram Id)

The world keeps developing on a daily basis. It is not just restricted to mere box-office releases or airport glimpses of celebrities. It is, however, a world in itself. The more you deep dive into this sphere, the more information you will receive. Today, actor Priyanka Chopra shared family pictures of her Diwali celebrations. Not only this, actor Salman Khan wished Bhai Dooj in a unique way. Catch up below on the latest developments of the day.

The internet was stormed today as popular Bollywood actor Salman Khan dropped a shirtless picture of himself on Bhai Dooj. Several fans have dropped hearts and fire emojis on his Instagram handle. The caption of the picture read, “Happy Bhai Dooj”. The legendary actor, who is popularly called Bhaijaan, seems to refer to the same with his wish on occasion.

Katrina Kaif and Salman Khan share a great bond with each other. In a recent development, it is now learned that Katrina Kaif will arrive on the reality show Bigg Boss 16 to promote her upcoming film Phone Bhoot. Nowadays, popular filmmaker Karan Johar is hosting the show. Read on for more details.

Inside Pictures of Priyanka Chopra and Nick Jonas’s Diwali bash

Priyanka Chopra and Nick Jonas have great chemistry with each other and the new pictures are evidence of the same. Bollywood actress Priyanka Chopra, who is the highest followed Indian actress on Instagram, dropped a bunch of pictures on her social media handle keeping her husband-singer Nick Jonas and daughter Malti Marie in the frame. See here.

Isn’t it cute? Bollywood actress Katrina Kaif today morning woke up her husband Vicky Kaushal in the most Phone Bhoot way. The two leave no moment to exude couple goals. The duo tied the knot in December last year and their bond is growing stronger on a daily basis.

New parents in B-Town Sonam Kapoor and Anand Ahuja recently hosted a Diwali party in a grand manner as it was their son Vayu’s first Diwali. It is said that the bond between the mother and her child is the purest form of love and this picture is evidence of the same fact. Do have a look! 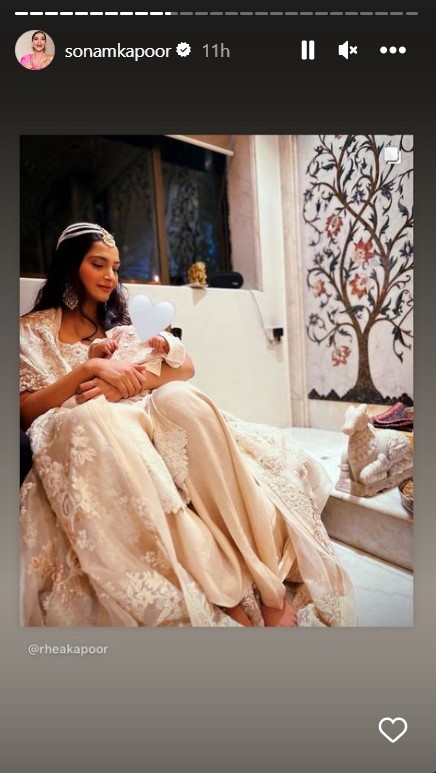